Fiction: I Went Home Late At Night And This Is What I Saw On My Way

By Samuelio (self media writer) | 2 years ago 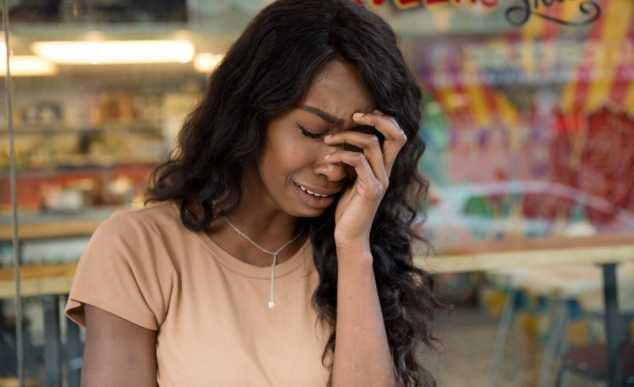 My name is Lucy , I am 21 years old .I am fair in complexion ,and tall in height .I am my parents only daughter ,so I got a lot of attention from them.I was an average girl , not too beautiful and neither was I ugly and the same was applicable to my education, I wasn't too smart and I wasn't a dummy either .At the age of 17, I wrote my WAEC , but unfortunately i failed my JAMB(joint admission and matriculation board).I must admit that I didn't study hard .I just took it as a normal secondary school examination that didn't matter, but little did I know that whatever I scored in my JAMB , would determine who I would be come in the future

When my parents found out that i failed my JAMB , they were really disappointed with me , which I understood because it was a normal reaction for many parents .They also stopped giving me my monthly allowance .But within some period of time they forgave me and started giving me my allowance. After i failed my JAMB , i promised my parents that I will never let them down again.And I kept to my promise, I read like I have never done before and when the results came back I was really anxious and scared at the same time, because I knew that if i failed my JAMB again my parents might even disown me.Fortunately ,this time around i passed my JAMB exams. And my parents were very proud of me. They threw a party,to celebrate my success .My parents loved me soo much that they would do anything for me .

When I entered the university,my parents bought everything that I needed for me .They even increased my allowance .I had everything that I needed in life .As a new student , in the university it was really hard for me to make friends , because everyone here seems to be different .They were not what I expected , they weren't like secondary school students that would welcome you whole heartedly.But with time , I adapted,I met a girl named Susan and we were best friends.And like a match made in heaven ,we shared the same hostel.And we studied the same course Sociology .I was surprised because we both ,had the same choice in most things. Like the same color, and the same favorite musician .She even met my parents when they came to visit me .But I didn't meet her parents because they lived in the overseas .Whenever we were done with lectures , I , Susan and her boyfriend Emmanuel would meet at the same place and chat.It went on like this for a very long

In my Second year in the University , one faithful day , Susan came to me and invited me to a party that she was going to with her boyfriend, but I rejected her invitation .Ever since i rejected her invitation she started giving me cold shoulder. Most times if i talked to her , she would snub me .I didn't try to confront her because I knew why she was giving me cold shoulders.

Exactly two weeks after her first invitation , she invited me to another party and I accepted to go , not because i loved parties ,but because I didn't want to make her angry and because she was also like a sister to me .

So we picked a perfect time to leave for the party , it was 7pm .I and Susan were all dressed up and was waiting for her boyfriend and in a few minutes time,he came and picked us up.When we got to the party, lots of people were there. They were all dancing and they seemed to be happy .It was a little weird , because I have never gone to a party before .But within some time , I started enjoying the party and was already dancing .But we had a curfew, and it was 10pm and we all agreed to that .When the time was exactly 10pm, Susan told me she wanted to get something with Emmanuel and they told me to wait for them.But when the time was 11:30pm, i became worried and I decided to call them, but there phones weren't reacheable , so I decided to wait a little bit, because i didn't have enough money for transportation. When the time was exactly 12am, I decided to go home and I would trek.

On my way home , everywhere was dark , most shops were all closed , I was really scared .As I was going , I saw something unbelievable .It was a very big python , crawling towards my side. I was really scared because the only time I have seen a python was in textbooks or in television.So I took to my heals and ran as fast as I could . Immediately I got back to the hostel, I was relieved and I decided to call Susan again.

Please you guys should Advice me , I don't know whether I should end my friendship with her, because if I didn't want to please her and went for the party, my life wouldn't have been endangered.

Content created and supplied by: Samuelio (via Opera News )