By Tenaciouspristine (self media writer) | 2 years ago 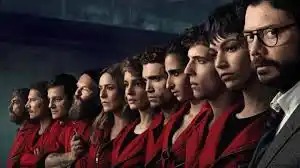 Many of us have watched money heist and we think it might be one of the best movie series of all time. There's no doubt it has been outstanding putting the audience amazed at all times reviving people with passion and also adding some little tragedies. 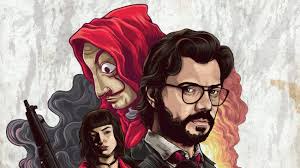 A criminal mastermind who goes by The Professor has a plan to pull off the biggest heist in recorded history of Spain. He gets an unusual group of robbers who help him with his ambitious plan .

There's a little hitch why it isn't the best because of the repeated ideas, the both heist that where carried out. It was the same ideology that was used which made it predictable.

Game of thrones has been around for a while now, it consists of 8 seasons. Nine noble families wage war against each other in order to gain control over a mythical land. Meanwhile, a force is rising after millenniums and threatens the existence of living men. 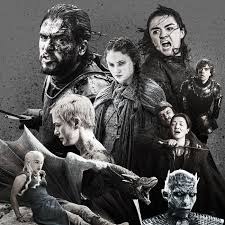 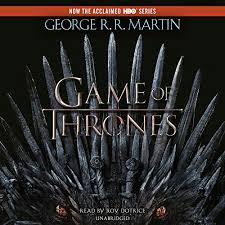 This is one of the most strategic and tactical movie serie you would ever watch. An engineer installs himself in a prison he helped design, in order to save his falsely accused brother from a death sentence. Burrows has been sentenced to death for a crime he did not commit, and Scofield devises an elaborate plan to help his brother escape prison and clear his name.

In the city of Baltimore, Detective James McNulty and his team investigate crimes and try their best to solve the bridge that exists between the drug kingpins and the law enforcement agencies. 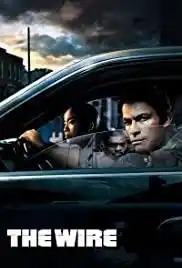 The Wire is lauded for its literary themes, its uncommonly accurate exploration of society and politics, and its realistic portrayal of urban life . Although during its original run the series received only average ratings and never won any major television awards, it is now widely regarded as one of the greatest television shows of all time. Walter White, a chemistry teacher, discovers that he has cancer and decides to get into the meth-making business to repay his medical debts. His priorities begin to change when he partners with Jesse. 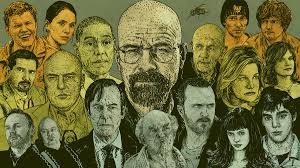 an underemployed and depressed high school chemistry teacher who is struggling with a recent diagnosis of stage three lung cancer White turns to a life of crime, partnering with his former student Jesse Pinkman.producing and distributing crystallized methamphetamine to secure his family's financial future before he dies. 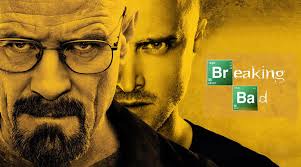 Content created and supplied by: Tenaciouspristine (via Opera News )