Brymo Responds To Fans' Criticism Over His Allegations Against 2Baba

By Gallant_posh (self media writer) | 8 months ago 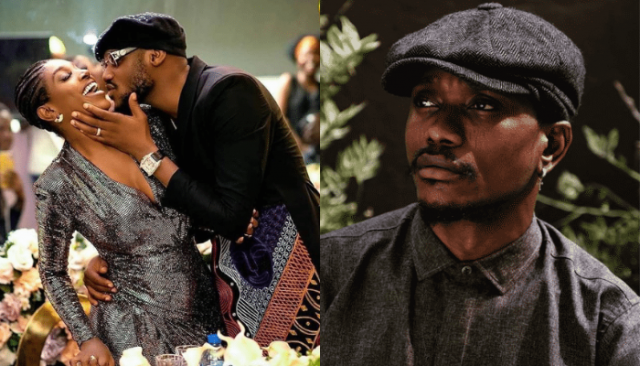 After claiming in a series of tweets on Monday night that 2Face now known as 2Baba had falsely accused him of sleeping with his wife and also allegedly sent four thugs to manhandle him, Nigerian Singer, Olawale Ashimi, popularly known as Brymo, has made a response to fans who had criticized him for his allegations on Twitter. 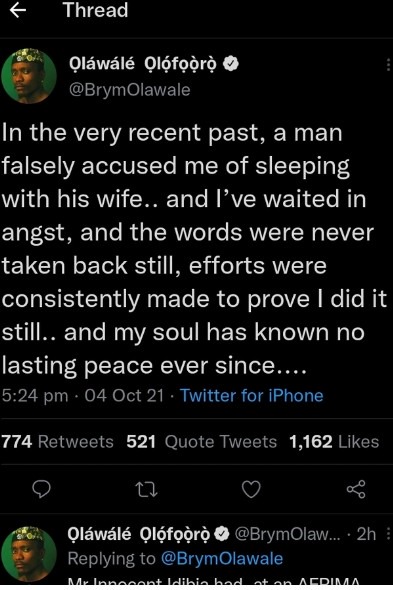 He responded to the criticisms in another series of tweets in which he told his critics to stop saying that his writing was complicated and that he was probably doing too much dr*gs. 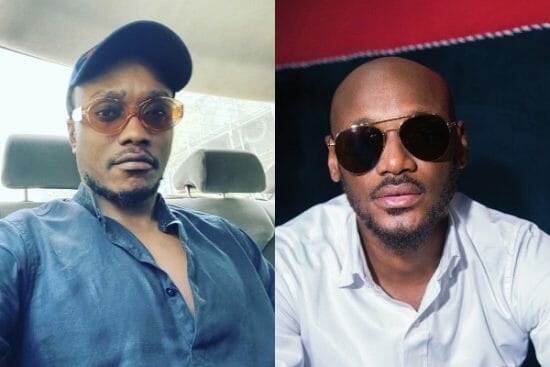 He stated that he had waited two years to start a war he will win easily.

He also stated that he had been accused of assault and r*pe in the past and now he's being accused by innocent Idibia a.k.a 2Baba who he vowed will never accuse another artiste the same way again. 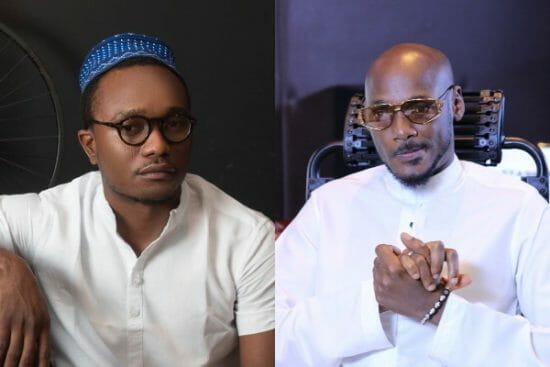 He added that 2Baba runs around publicly feigning humility while he privately compromises the self-esteem of his family and friends.

He ended the tweets by saying that no matter the allegations against him, he'll live long in good health and means. 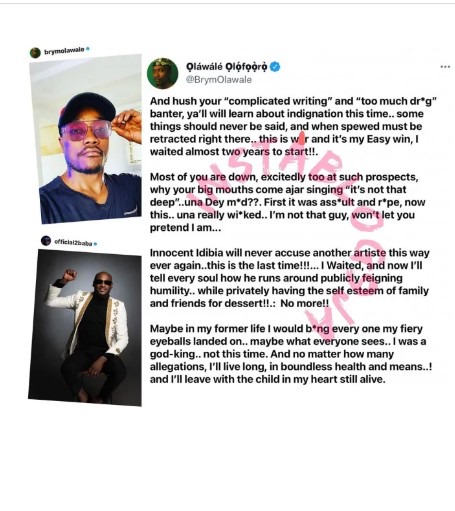