Inside 50 Cent and Flyod Mayweather's feud

By LawBlessing (self media writer) | 20 days ago 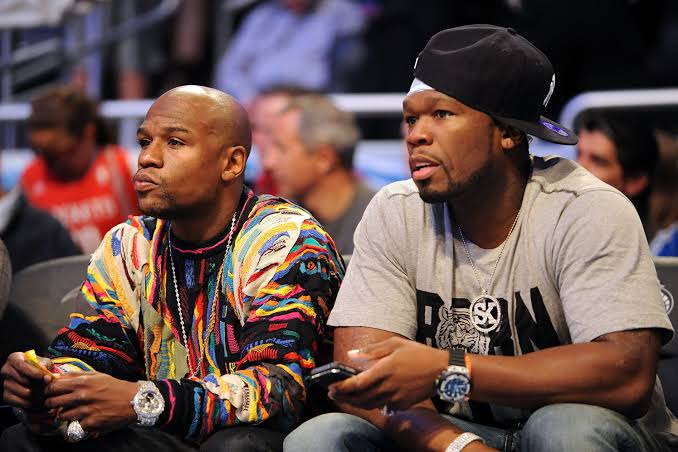 The feud between rapper 50 Cent and boxer Floyd Mayweather is one for the ages. What started out as a simple business deal soon unfolded into social media mayhem between the veteran rapper and the undefeated athlete. While 50 Cent is known for his relentless trolling and outlandish antics, Mayweather's body of work pretty much speaks for itself.

The feud which is quickly approaching nearly a decade old has ebbed and flowed over its nine-year span and chances are the two will continue to lock horns until the end of days. But until then, we're diving into the storied history of this iconic feud between 50 cent and Mayweather.

Prior to the heated beef between them, the two were actually friends and they had plenty in common, 50 would come out to show support for Mayweather's fights. In an interview with The Wall Street Journal, 50 recalled that they bonded over their shared traumatic pasts and Mayweather's interest in music. 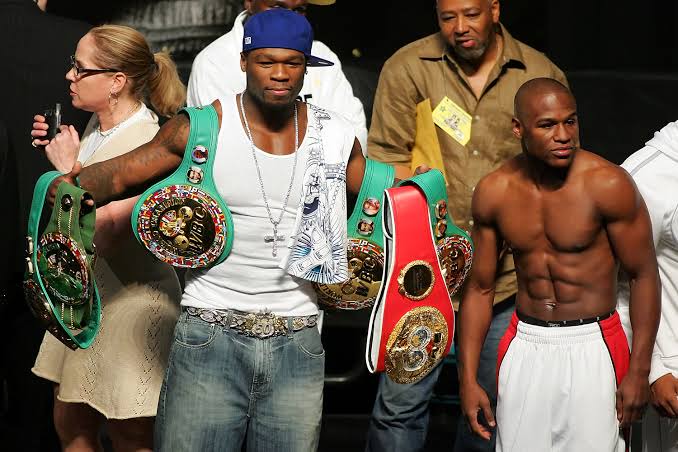 But in classic 50 Cent fashion, he backhandedly called Mayweather insecure. The real trouble began following Mayweather's 90-day stint in jail for battery and domestic violence in 2011. At the time, the boxer handed over his business TMT Promotions to 50 Cent to manage.

According to ESPN during Mayweather's time in jail, the business savvy rapper applied for a boxing promotions license in Nevada which was ultimately granted. He then claimed that Mayweather slided him out of two million dollars.

50 had already sunk his own money into getting the company started up. He began noticing Mayweather's frivolous spending habits that included buying 300,000 chains and a Lamborghini or two.

Read: The story behind the breakup of 50 Cent’s G-Unit.

50 Cent alleged that Mayweather always felt uncomfortable whenever he asked for him for the 2 million. Of course things didn't wrap up there. Aside from 50's business skills, his trolling antics are famously top-notch which spelled doom for Mayweather.

Instead of just continually asking the boxer for the 2 million dollars he was owed, the rapper took to the internet in 2014. 50 took aim at the athlete's literacy in a viral Instagram video that saw the rapper challenge the boxer to read one page of a Harry Potter book. If Mayweather succeeded, 50 would donate 750 thousand dollars to a charity of the fighter's choice.

When Mayweather failed to respond to 50's challenge, the rapper then chose a much simpler book for the boxer to read, 'The Cat In The Hat'. In response, Mayweather tweeted a picture of two checks. 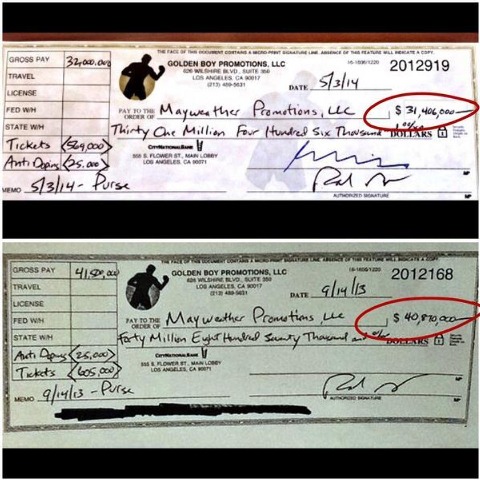 Since then, the two have traded petty insults at each other in meme-worthy fashion. In late 2019, 50 mocked Mayweather's Gucci jacket referring to it as "granny drip." Mayweather later accused the rapper of some unsavoury things on Instagram but even though their banter seems almost childish, you can't deny it's one of the internet's greatest gifts today.

Meanwhile, 50 Cent recently trolled Mayweather on Instagram when the boxer got into a physical altercation with Logan Paul's brother in June of 2021.

Do you think they would ever stop?