Collection of Strange Taboos in Nigerian Culture. Check for Yours

By Adehesther (self media writer) | 2 years ago 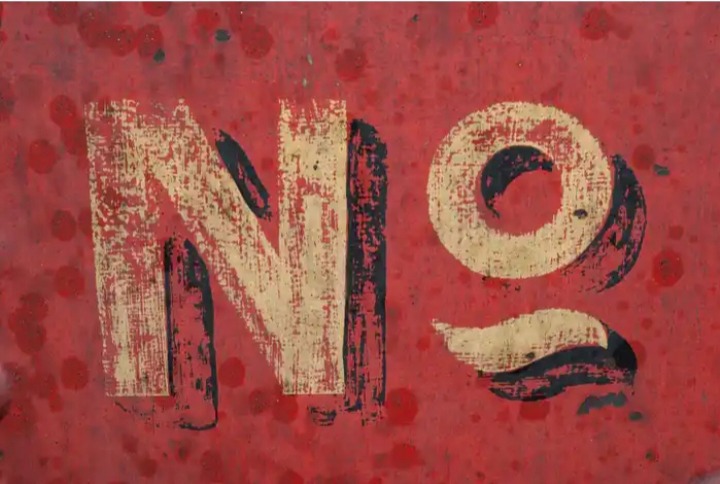 Taboos are actions that are prohibited either for its sacred nature or to protect the people of a given community from the wrath of the gods which attracts penalty if infringed upon.

These taboos if broken could lead to the extermination of the individual or some sort of sacrifice to appease the gods. Sometimes, the family of the offender I'll be ostracized.

Here's a collection of some strange taboos all over Nigeria. The yorubas are the largest ethnic group in Nigeria with a very rich cultural heritage. Here are some of their taboos

▪︎A woman must not commit adultery. If her husband suspects her, he may decide to lace her with a charm caller 'magun' which could cause her lover to get stuck in her while in the act or die in it.

▪︎ It is a taboo to commit suicide. When this happens, some rituals are carried out to appease the gods and the body thrown into the evil forest or the outskirts of the town so as not to pollute the land.

▪︎ One should not hit a child with a broom or a turning stick, his reproductive organ will become useless

▪︎When butchering a fowl, the butcher must open his/her mouth wide and breathe into the gizzard before opening it.

▪︎ It is an abomination for a woman menstruating to cook moimoi. It is believed that it would not get cooked.

▪︎ A pregnant woman should not walk about in the afternoon when the sun is up. Toavoid exposing her unborn baby to evil spirits.

▪︎ It is a taboo to open an umbrella inside the house.

▪︎ It is an abomination for a baby strapped to its mother's back to fall. If this happens, it is believed that he will always lose his wife at adulthood. If the child is a girl, her lovers will keep dying atop her unless rituals are carried out.

▪︎ When removing feathers of fowl, one is advised not to talk or else the feathers will keep increasing

▪︎ A king must never look into his crown. It is an invitation for death.

▪︎ Aman should not eat food cooked by a menstruating woman.

▪︎Couples should not have sexual intercourse in the afternoon

▪︎ It is a taboo for a woman to besr children after her son has married.

▪︎ Snakes especially Pythons when seen must not be killed, it could be the spirit of a sick person or someone sleeping or the spirit of their ancestors. If a man kills a python in his trap, it is giving every rites a dead human is given. I.e burial ceremonies are organised for it.

▪︎ Whistling in the night is a taboo. It is believed that it could invite snakes or evil spirits into the home.

▪︎ It is a taboo for a pregnant woman to mourn the death of her husband.

▪︎ It is an abomination for a man in the Esan tribe to touch the wrapper of a married woman who is not his wife. This is considered adultery, the woman is expected to shout immediately or report him to her husband.

If she doesn't shout and she goes ahead to cook for her husband and children, they will die after eating the food. If her husband conceals the act, he too will die within a week.

▪︎ A married woman cannot steal her husband's money, she must tell him.

▪︎ It is a taboo for a man to cross an outstretched leg of a married woman, it is seen as though she already had sex with the man

In the Benin Kingdom, it is a taboo for a woman to engage in extramarital affairs with other men. This act has grave consequences, if she doesn't confess, her husband and children will suffer severely and even die. As a result of this, prospective brides are usually made to swear oaths of faithfulness at the family shrine. ▪︎ It is a taboo for women particularly the Bajju women of Kadunna to eat eggs as that would mean eating her own children.

▪︎ Pregnant women should not eat sugar cane so that their babies do not grow too fat.

▪︎ If a man eats food prepared by a menstruating woman, he may go blind or suffer bad luck in his hunting trips.

● Some of these taboos are strange as they may be were actually practiced, although they are not as popular today because of modernisation.

I bet there are other taboos which were not mentioned here, you could drop yours in the comment section.

Content created and supplied by: Adehesther (via Opera News )