By Ankara-fashion (self media writer) | 1 year ago 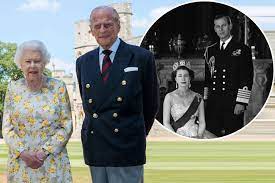 This is an overview of the late Prince Philip's biography as the Buckingham Palace announced his demise today, 9th of April 2021.

2). Philips family relocated to France after his father was forced into exile (1922).

5). He was made the Duke of Edinburgh on his wedding with Princess Elizabeth (1947).

12). Prince Philip declared that he will no longer carry out public engagement due to his age (2017).

Content created and supplied by: Ankara-fashion (via Opera News )