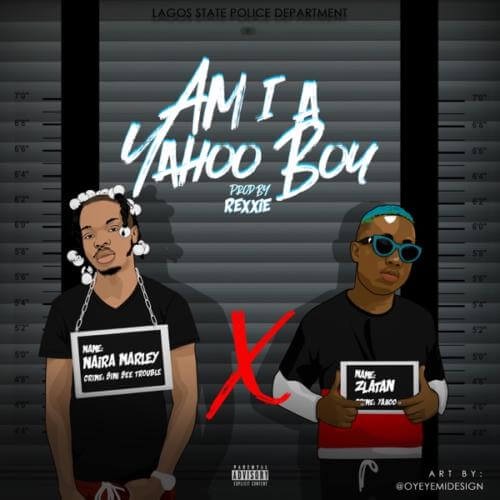 Marlians! Check out the lyrics of this massive hit by The Lord of Lamba and his trusted Brother in arm, Zlatan Ibile. Enjoy! 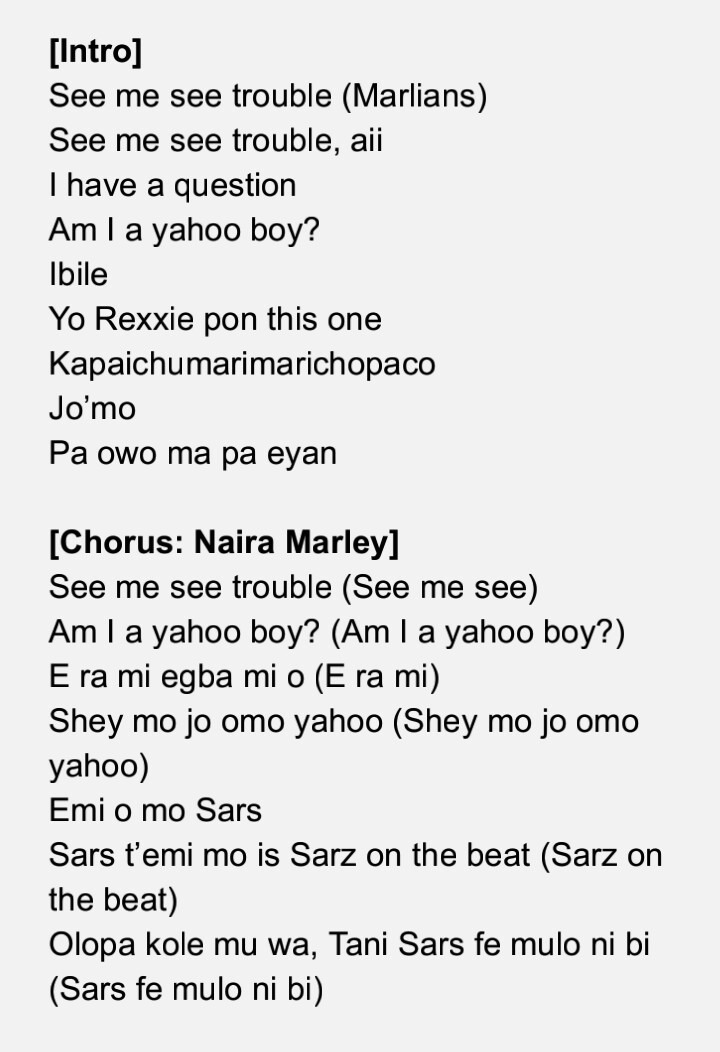 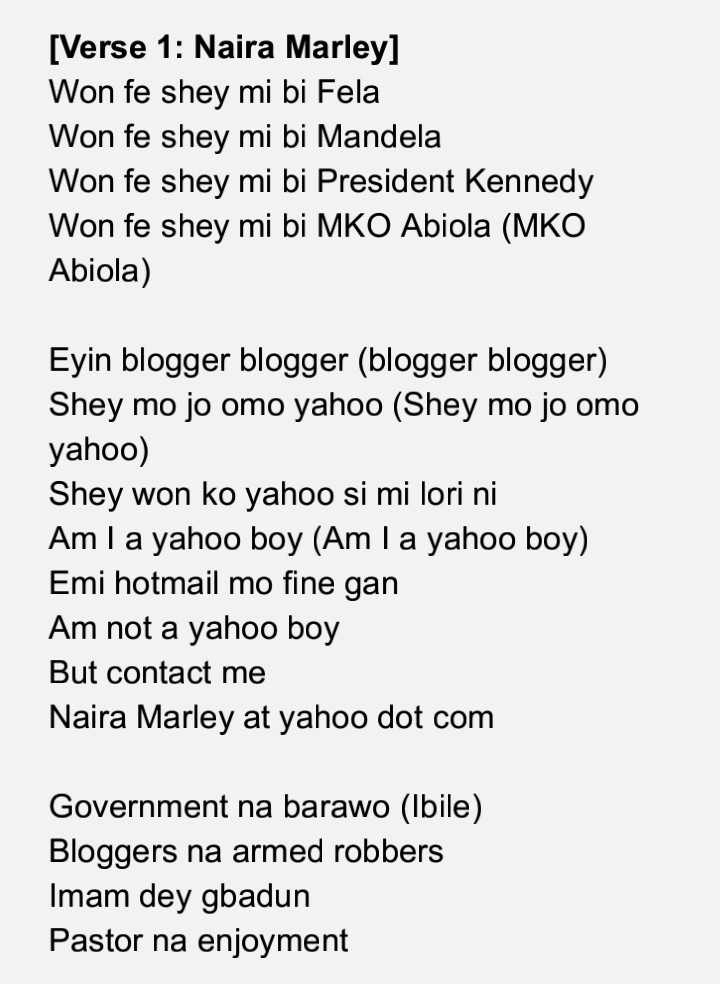 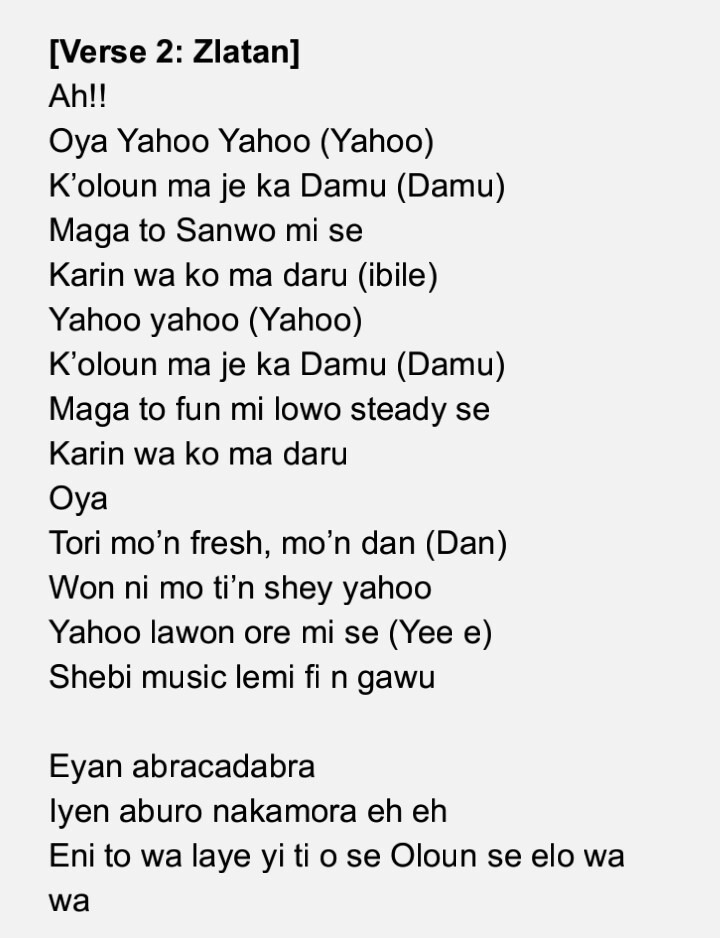 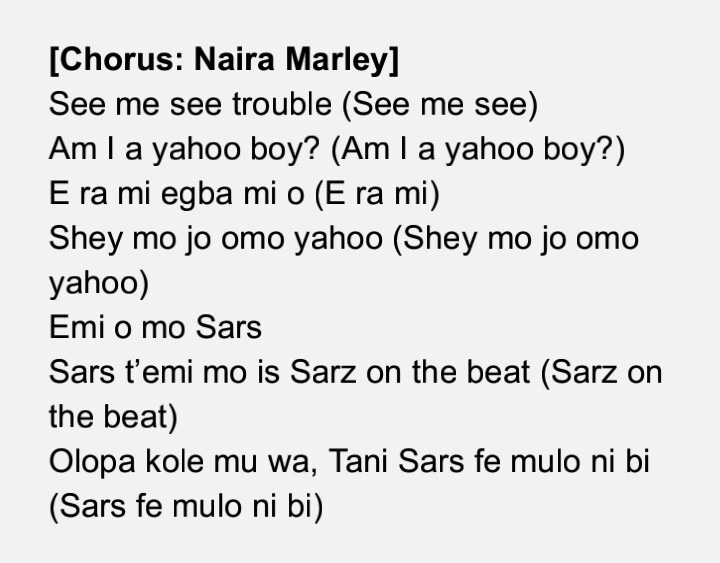 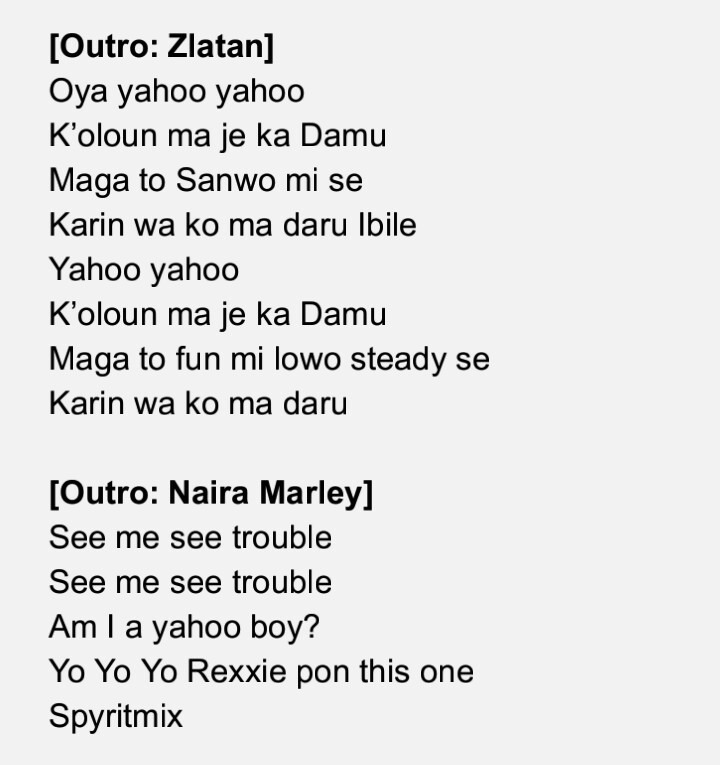 The song starts with Naira Marley singing about his innocence. In typical Yoruba fashion, he calls out for people to come to his aid, asking us if he looks like a yahoo boy? He claims to be ignorant of the now defunct Special Anti-Robbery Squad (SARS), claiming to know only Sarz (a producer). He then claims the police can not arrest anyone among them, presumably because of their innocence.

The hook is obviously very funny because if you've lived in southwestern Nigeria at any point in time you'd find the scene Naira created very relatable, it's a typical outcry of a Yoruba man or woman who has been falsely accused and for someone who grew up abroad it's uncanny how spot on Naira was.

He starts by accusing his detractors of attempting to vilify him and make him a martyr like Fela, Mandela and MKO. He fires some shots at bloggers who are the peddlers of unsavoury rumours about him asking them if he has Yahoo written on his head? before finally throwing a staccato of shades at the government, bloggers and religious leaders.

Zlatan ibile smoothly takes over from Naira Marley in verse two but he doesn't seem to get the point that we're denying accusations of internet fraud. Initially dropping some implicating lyrics, the Zanku crooner manages to recover in time. Absolving himself of guilt by passing the buck to his associates.

He rounds up by acknowledging the importance of God in the life all humans.

Controversial and hilarious in summary, the track was hot cake for a long period in 2019. The song preceded his arrest by the Economic and Financial Crimes Commissions (EFCC), leading many people to claim the song was prophetic as the song and its accompanying video amazingly predicts his arrest, detainment and subsequent release.

Although the response was initially negative as radio stations and online platforms tried to stifle its circulation, the appeal to youths was so strong that the song managed to overcome its early setbacks to become one of 2019's biggest songs.

An era defining song, with lyrics to match; the song elevated both Naira Marley and Zlatan to cult status amongst the youth and set them up for much of the success they're enjoying till today. 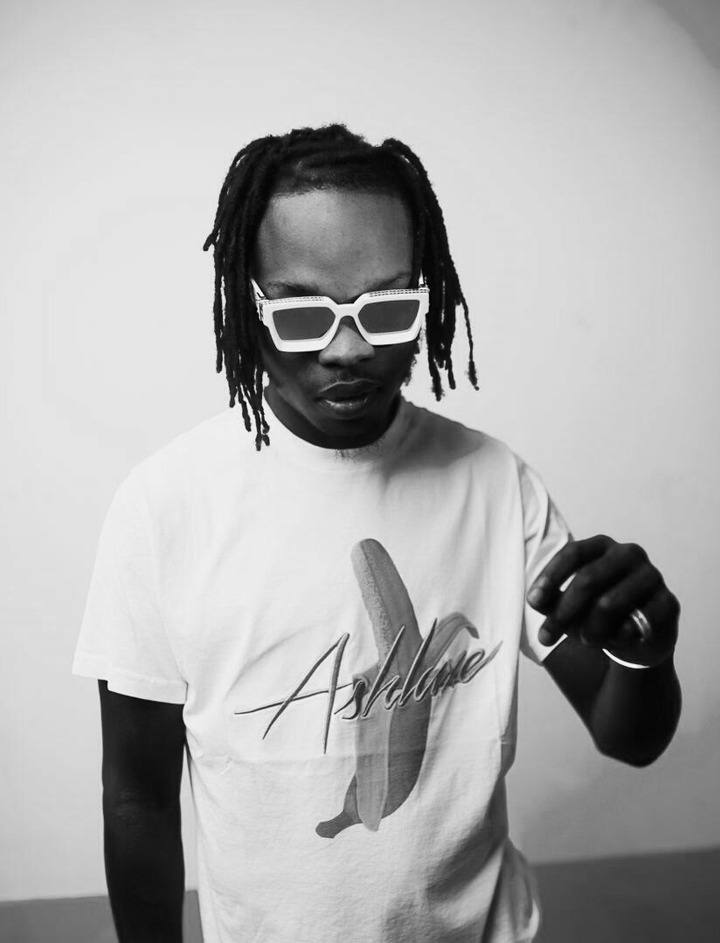