I was alone with grandma at night and this happened (fiction). 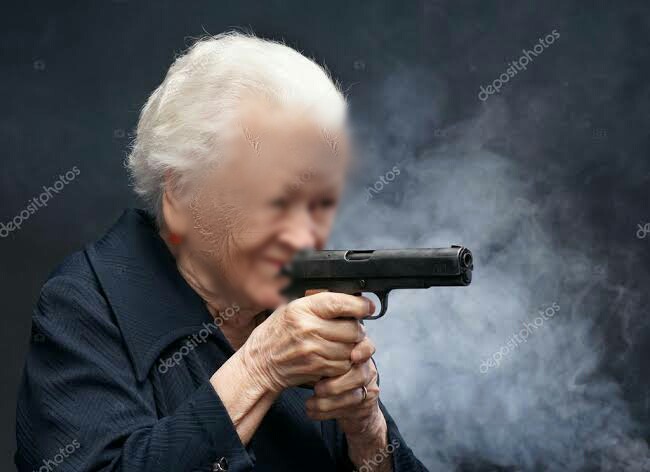 My grandma is 82 years old, yet still wants to behave like every young lady out there, which is good for her spirit to keep lively. We were all to travel for a festival, myself, my siblings and my parents, including grandma, but my grandma refused, on the excuse she didn't want to travel.

My parents became disturbed, they tried convincing her, but all their schemes to get grandma to change her mind failed, my parents had no other option, so they left her behind, though not without someone staying back with her in the house, which happened to be me.

Grandma told me not to worry, that our stay is going to be fun, I wondered how, knowing she cannot play football outside with me, since that was the major thing that gives me joy, but I have always known grandma to be full of surprises, so i waited to see what my grandma had planned out.

That evening grandma prepared a very delicious pepper soup, with cat fish, which happened to be my favourite meal, already I started feeling and understanding the fun my grandma was talking about earlier on.

That night I went to bed, after bidding grandma goodnight.

In my sleep I heard noises, as though the house was coming down, I jumped out of my bed to check what could be happening, suddenly! I saw two men with knives in their hands, it was then it occurred to me, that noises I heard was a breaking and entry.

I froze at the site of the men, immediately they ordered me to raise my both hands up, which I did without wasting time, before the men could speak further, we heard three gun shots, I almost peed on myself, the men jumped on each other.

I couldn't believe who stood beside me with a gun, with my hands still up in the air, I became even more frightened to see my grandma handling a gun, I said in a faint voice “grandam is that you?”, and she replied “put those hands down, son”, I practically stood behind my grandma, as she ordered the men to kneel down on the floor, with their hands raised up into the air.

I called the security men in watch of the street, on phone, and they came to carry them away, when I asked grandma how she managed to own a gun, she said “she doesn't”, that it belongs to my father, she gave it to him, it formerly was for her husband.

when my parents and other siblings returned, I narrated the encounter to them, and since then, no one took grandam for granted, especially me, I see grandma, as James Bond, even at 82, she was more braver than I was.

Please, let me know what you think about my grandma, on the comment session below.