Nedu’s Ex-Wife Clears Air On Cheating On Her Husband, Says She Doesn't Want Him Back

By Givemegist (self media writer) | 4 months ago 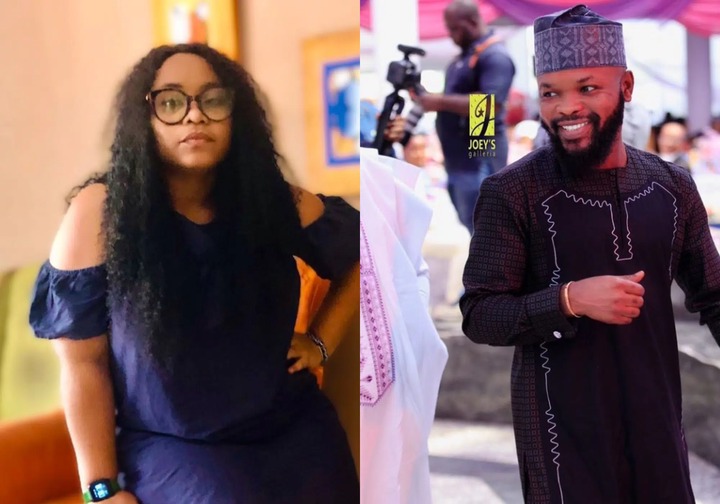 Uzoamaka Ohiri, ex-Wife of OAP Nedu Wazobia has cleared the air on the controversy surrounding the paternity test result of her child.

Recall that the ex-wife had over the weekend called him out, charging him with domestic violence.

However, Nedu, responding to this denied the allegation, disclosing that the DNA test revealed he is not the father of the first child with his wife.

In a recent interview with GoldmyneTv, Nedu’s ex-wife confessed that she did not knowingly give Nedu another man’s son.

According to her, she was clueless that she was pregnant for her ex before she got into a relationship with Nedu which led to marriage.

“Let me tell you what happened along the line while we were still married, Nedu became insecure and was doubting the paternity of my last child and went to find out unfortunately for him it was the first child who wasn’t his son.

“Nedu releasing paternity test is so low, If the world stands against me I’ ll still tell my story and tell my truth. I’ve made peace with God and that’s all that matters. She said,

"Nedu has gone about saying things about this boy, making promises yet to be fulfilled. He doesn’t deserve my son for putting all that on social media, ``she added.

She also mentioned that she came out granting interviews because she wants her daughters to have a decent life and would not shy away from telling the truth.

"I’m coming out to the world, if judging me would make them feel better then that’s it but doing this makes me feel better.

“I’m not saying this so he can lose his job but just for my girls so they can have a better life.”

"I was in a relationship before I met Nedu and didn’t know I was pregnant for him after the relationship ended. I actually thought Nedu was the father of my son.

“I don’t want him back and cannot stay in the same space with him. I'm doing this for my children.”

Content created and supplied by: Givemegist (via Opera News )