Meet these 7 Nigerian celebrities who went to school at old age. 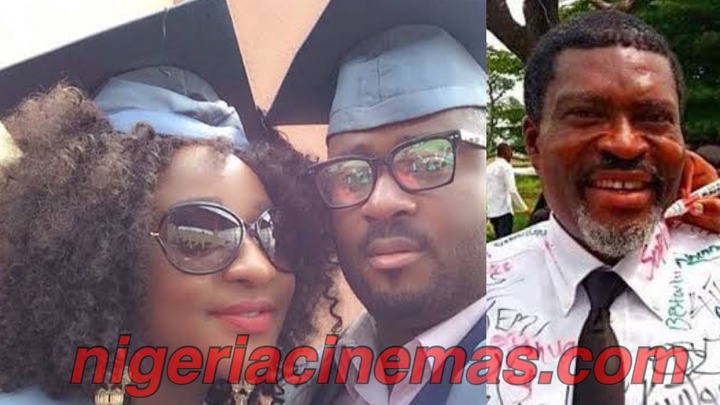 There is a popular saying that education is the key. This is one of the reasons these celebrities decided to go to school to further their education even after been famous and at old age.

These seven celebrities went to the university later in life:

Odunlade Adekola made it known to his fans that he has gone back to school when he celebrated the writing of his exams in November 18, 2017. He had several times encourage others to consider going back to school if they didn't finish. Despite being a successful actor and having bagged several endorsement deals, Odunlade Adekola still had his priorities straight, and finished what took him five years to achieve.

In a post in 2018, Odunlade Adekola shared a beautiful picture of himself celebrating as he graduated from the university of Lagos. He proudly bagged a degree in Business Administration and he has once stated that education is important in anything you do in life. Chidinma Ekile initially declined her admission into the university due to her advancement in the MTN Project Fame competition. On the 26th of September 2010, she was announced the winner of the competition, it was reported that Chidinma Ekile is currently studying sociology at the University of Lagos. Although in an interview with Ynaija, she said that she has always taken school seriously and her decision to enrol in the University of Lagos was inevitable. Ini Edo graduated from the university of Uyo, where she bagged a diploma in Theatre Arts. She also completed her Bachelors degree in the University of Calabar, where she studied English.

After getting the fame and the praises that come with it, in 2014 just after ending her marriage, Ini Edo got her admission to study law, at National Open University, Nigeria.

The actress was pictured at the matriculation ceremony of the National Open University of Nigeria held in 2014. She was there to pursue a degree in law.

Desmond Elliot studied Economics at Lagos State University in 2003. Then in 2014, after he declared his intention to be a politician, he got a scholarship to study at National Open University of Nigeria. Today, he is a politician who was elected as a law maker at the Lagos State House Of Assembly, Surulere constituency, in the 11th April 2015 Nigeria general election. After completing his secondary education, Kanayo .O. Kanayo proceeded to the University of Lagos and graduated with a Bachelors Degree in Mass Communication.

After his graduation from the university, he became a guest artist in NTA Enugu drama series and started appearing in soap operas before he became a successful actor in Nigeria. He later went back to the University of Abuja to study Law and graduated in June 2019.

The 57 year old man announced his recent feet on Instagram, by sharing a video and photos of himself and course mates on their convocation ceremony. After his primary and secondary education, Muyiwa Ademola started his acting career fully in 1991. In 1995, he produced his first ever written script into a movie titled "Asise", which means blunder in English. After experiencing fame for almost two years, Muyiwa Ademola went back to the University of Ibadan in 2006 to complete his education. He studied diploma in Adult Education and community development. Popular comic actor, James Olarenwaju Omiyinka also known as Baba Ijesha who has been out of the screen for sometime, returned back to school to study Theatre Arts in Lagos State University.

The 30 years old actor opened up on why he returned back to school to get more education. According to him, he didn't take a break on acting but decided to concentrate more on his studies. He said: " I am back in school, studying Theatre Arts at the University of Lagos. Being educated is the best investment one can make in life, though education is not necessarily the key to success, it is needed to be respected in our society.

Education didn't make me successful, my talent did. I went back back to school to be able to enlighten myself and step up my game. I am in part four currently and it is a five years course.

Which of these celebrities that returned back to the university inspired you a lot? Mine is Odunlade Adekola, What's yours?