Fiction: The Fight For Love

By 1PrincessVikky (self media writer) | 9 months ago

Man narrates how he refused to fight for love and what later happened to his friend who fought for love .

According to him: " So Caleb you cannot fight for love " she asked him the second time looking disappointed.

He moulded one more round of eba and swallowed before he replied.

According to him, he really liked Grace but she has been acting strange for about a week now.

This particular afternoon, he came to visit her in company of his friend Tolu and was busy helping himself with the meal she served them when she told him about a certain guy named Charles and how he has been in her life before she met him but she still likes Charles and she likes him too.

" Then you have got to choose " he interrupted.

"I will do as if I did not see you people na. I don't have strength for drama biko. " He replied.

" but Charles said he will break your head if he sees you with me" She replied.

" Aaaaaaaaaah. My precious head ? " He said as he touched his head.

What if Charles was on his way ? And from her description, the guy go strong oh. God knows he is a one man down. He was very sure that Charles will beat him up. By the way, People beat him up for several reasons but his kinsmen must not hear that he was beaten up because of woman. He hurriedly finished the eba he was eating and told her he wanted to leave.

Then she continued her sermon of how he cannot fight for love. This time Tolu joined her and made sure he washed him with mockery. " Caleb you too dey fear. Even love, u cannot fight for. What kind of a man are you? "

On their way home, He and Tolu decided to buy snacks from one big eatery by the roadside.

No be Julie be that ? He pointed at a table.

Julie was Tolu's girlfriend. She was sitting with a guy and both of them were all loved up and doing some romantic stuffs.

"No even think am. That guy huge. Just go the table greet them and go. Later you go ask Julie questions. No need for public drama." He tried advising Tolu.

All efforts to hold Tolu back proved abortive. Tolu went to fight and the guy beat am well well. He was even embarrassed. He thought Tolu will give him like 2 or maybe 3 punches at least. The guy dealt with Tolu from the beginning to the end. If not for people around, the guy for kill am that day.

The funniest thing was that Julie went away with the guy leaving Tolu to deal with probably the biggest humiliation in his life.

When they got home, he immediately pounced on the food they bought. He hasn't said anything to him since he received those blows.

"Caleb, you are not even going to say anything"

I pointed to the food we bought. "If you like, no chop"; He said

" I cannot eat with this injury on my lips "; tolu replied as he made his way to the chemist.

"So you are not going to eat. He asked him on his way out not because he cared. He wanted to be sure"

Turn out, the "Beating of Tolu" was the Best thing that has happened to him that day. Guess who ate double ? 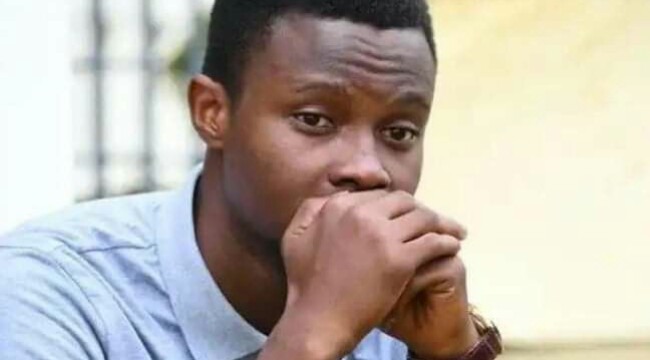 Content created and supplied by: 1PrincessVikky (via Opera News )