By EmeraldPraise (self meida writer) | 1 months

Mr. P of the former Psquare crew has finally released his long-awaited Album tagged 'The Prodigal'. He has been working tirelessly on this album and finally, he drops it with many features, the likes of Teni, Simi, Tarmar, Mohombi, and many others.

Many fans love this Album and are hyping it to be among the best for the Grammy Award, others said that Mr. P surprised them considering his last song follow my lead wasn't too impressive. The prodigal album came as a surprise to many who have been anticipating the album. After Mr. P dropped this album he made it known that everyone needed to congratulate him for having done a great job.

Many people even asked that his brother Rudeboy should deem it fit to congratulate him for his hard work and dedication. But we all know that that won't be possible considering their rift and differences. Mr. P's album is currently trending around the world, his billboard is been sponsored by many big companies like Coco cola and others. 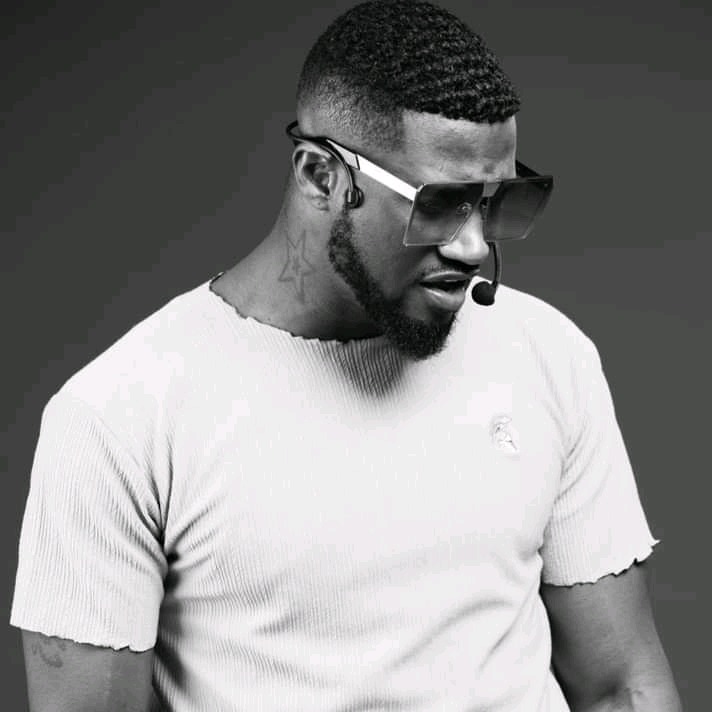 He has a current billboard in New York City and he is all over the world. This is because he gave us master class songs that will lift our soul and spirit, he also featured artist that is so talented like Teni, Simi, Tarmar, Mohombi, and Tiwa Savage.

Today Mr. P Revealed the new style of Words hater who does not appreciate his songs will now use against him, according to Mr. P he already knows and made it known that will come in the likes of he is Childish, and he is Amateur but he revealed that finally, the Prodigal album is out. He then wished everyone a happy Easter and also a prosperous day ahead. 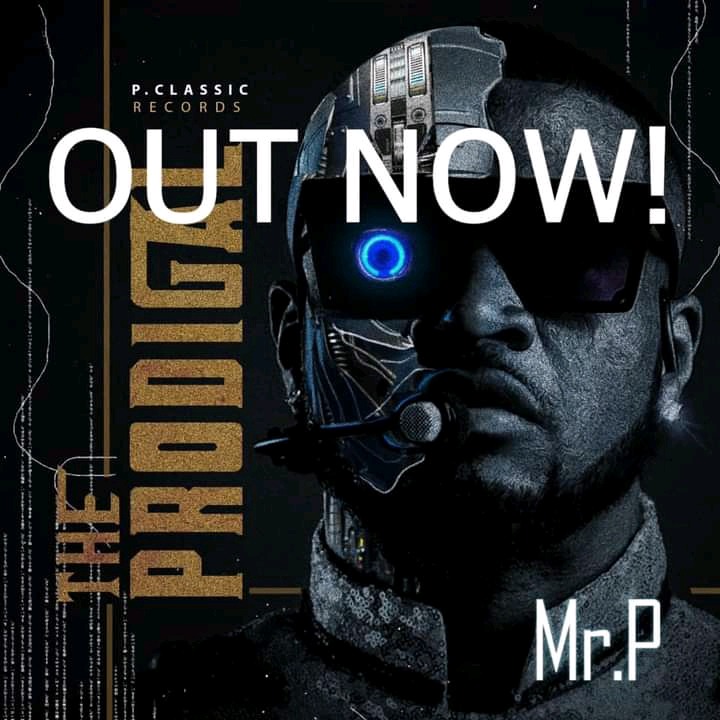 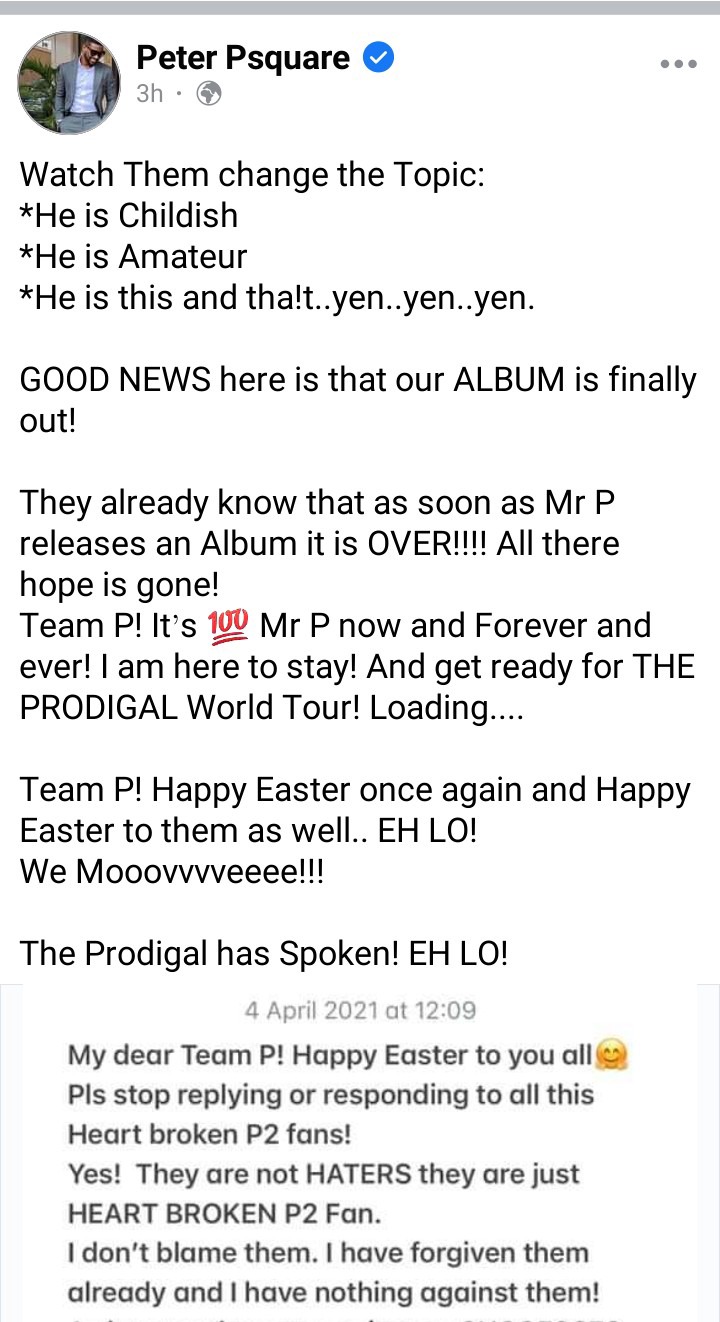 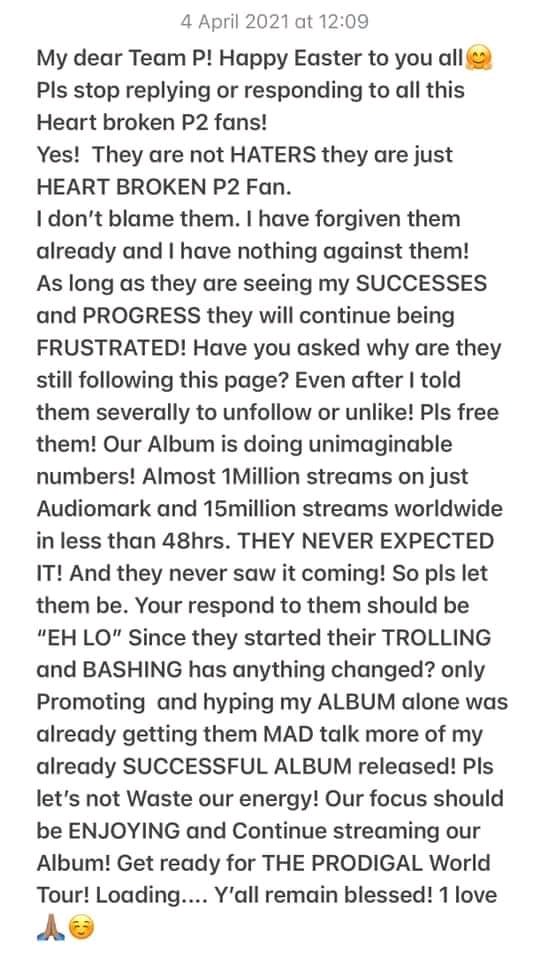 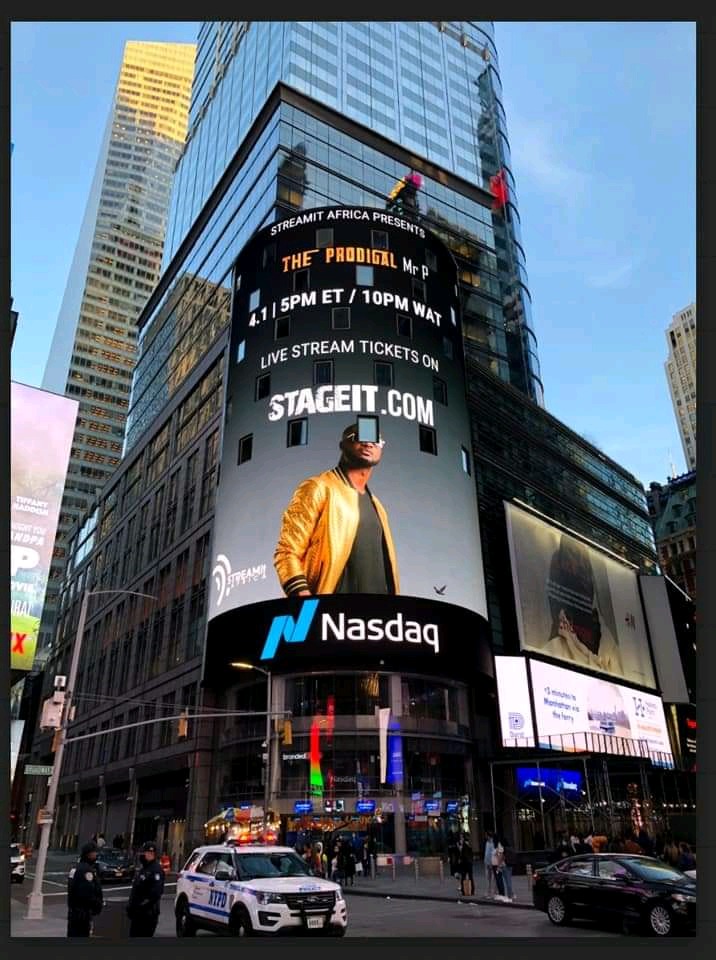 I don't think anyone will hate this album because is a banger, it so organized with different beating and style, I mean Mr. P has proven to everyone that he can both song and dance and that he is multi-talented.

Let's appreciate him and show him, love.