Reason Why The Night king In Game Of Throne Was Recasted

By Haxandamilola (self media writer) | 1 year ago

The movie game of throne is an American drama series which was produced by HBO and was created by David Benioff and D.B. weiss. It is an adjustment of the series novel " A Song Of Ice and Fire", created by George R. and R. Martins.

Just as the name implies game of throne was a movie centered on seven kingdom fighting over the iron throne. The movie was filmed and produced in the united kingdom and some other countries such as croatia, morocco,iceland etc. It also involve a fictional language which was created for the purpose of the movie.

However there was a character in the movie name Night king, night king was a fierce being in the movie he was an antagonist in the later season of the movie his blue icy eyes made him worthy of the vilian role he played as well as any evil attached to him. 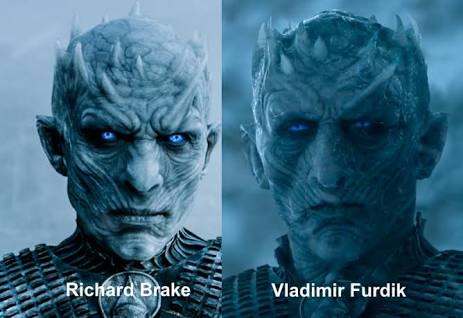 The night king first appearance was in season 4 the role which was played by Richard Collins Brake a british-american actor, however it was discovered it discovered in season 6 the character has been recasted and was now played by vladimir furdik a slovakian actor though the reason behind this decision was unknown to the actors. Vladimir furdik as coated in an interview with EW said he doesn't knw why he took over the role revealing that he was the night walker who fought and was killed by jon snow in season 5. It was later discovered that the role of the night king has elaborate he will be a key antagonist in the later season, being a terrifying vilian he will need his stunt to match his role as an icing on the cake. The directors wanted to spice things up with the stunt and being a stuntman as well as his role in season 5 with jon snow Furdik was the best man to turn to. 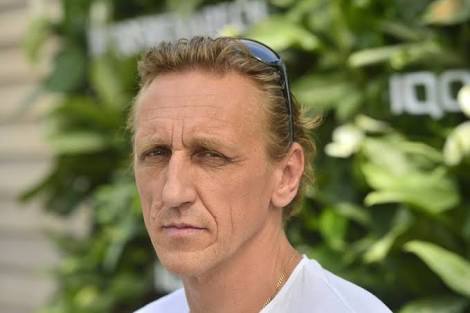 Despite several criticism the movie still have highest viewership, broad and active fan base worldwide, won numerous awards and was regarded as one of the best television series of all time.

Stan Nze And Blessing Jessica Union Teaches A lot Of Lessons Why Their Marriage Would Last.

Fans Reacts As Jackie Appiah Post A Photo Of Herself With Majid Michael On Social Media.

"I love Bbnaija star, Angel because she is human and has awesome parents too" -Actress Uche Ogbodo

Saskay Receives Pet And Other Gifts From Her Fans (VIDEO)

5 Nigerian Celebrity Death that Shook the Nigeria Entertainment Industry In 2021.

Queen Paid A Visit And Distributed Food To The Less Privileged