BBNaija: I discovered my husband was cheating when I went into trance -Ex-BBNaija Tega 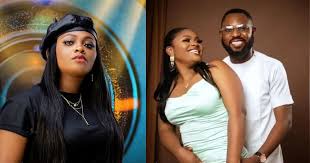 Tega Dominic, a former Big Brother Naija Shine Ya Eye contestant, claims her husband cheated on her by bringing his lover to their home.

She claimed she found out when she was interacting with some of her neighbors.

In a recent interview with media personality Chude Jideonwo on his show, WithChude, where she discussed her marriage and BBNaija, she revealed this.

When questioned if her spouse had cheated on her, Tega said she found out "spiritually" before learning from her neighbors. 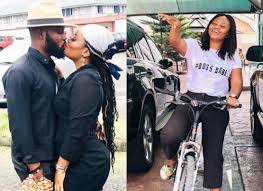 "Well, I found out that he cheated and took someone home," Tega explained. Spiritually, I am a deep person. I found out because I was in class one day and felt like I was in a trance. I noticed him driving with a chick in front of him.

"And I'm thinking, 'What is this?'" she says. 'What the hell is going on?' I think I saw it twice. So I dialed my sister's number and inquired as to what was going on, but she denied it. 'OK, no problem,' I said.

"I have a lot of in common with the boys on my neighborhood." So I contacted one of them and did some FBI work as well. 'Okay, he's always bringing this chick to the house,' he said afterwards.

"You brought this girl to the house while my sister, my child, and your brother were all at home." For me, that was the pinnacle of disdain. It wasn't like I wasn't aware of his activities outside. But, in the end, bringing this girl home was all that mattered to me.

"Then we discussed it, and he became quite defensive." 'You went to Lagos to be with a man, that's why I did all of this,' he added, breaking my heart. 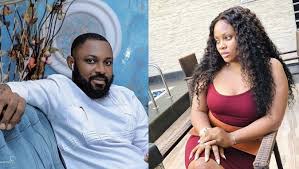 “When Big Brother arrived, I thought to myself, ‘OK, this is going to fly.' Then my mother warned me that I shouldn't do it, but I talked to him and told him that it was exactly what I wanted to do.'

While Tega was on the BBNaija show, her husband admitted to cheating on his wife in a now-deleted post, claiming that the crime had broken their marriage.

Tega was mocked on the internet for participating in carnal activities with a former roommate of the show, Boma, at the time.