By AmenaghawonAnthony85 (self media writer) | 2 years ago 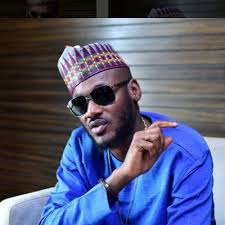 Veteran musician Innocent Ujah Idibia popularly known as 2baba recently launched his Agribusiness known as Innobia  Cooperatives Organization [Innobia Allied Limited]. This new business diversification of the music icon was brought to the fore out of his passion to be part of the policy of the Nigerian government through agriculture and its ancilliary business.

However, the business  which will have its headquarters in Nigeria and branches in United Kingdom and Israel is poised to create jobs for youths and women. This Innobia Agribusiness will aim at breaking the jinx of poverty, empower a minimum of 1000 youths in the 36 states and the FCT by the year 2021.

Furthermore, this giant strides by the multi-award winning music legend 2baba goes to show that UNCHR Ambassador is indeed a blessing to this generation. The music keeps adding value to the society beyond just music and his passion for humanity cannot be undermined.

Moreso, a member of the defunct music trio Plantashun boyz has been a phenomenal in the music industry after he released his debut solo album Face 2 Face (2004), which made him an instant success with evergreen songs like African Queen, Right here, Mfana Ibaga and a lot of other songs and it is worthy of note that most of these songs were produced by the late prolific music producer Ojb Jezreel.

Thereafter , the legendary music artiste released his sophomore album Grass 2 Grace in 2006, which had hits If love is a crime’ see me so’ like ‘"One Love", "True Love, "4 Instance". He is the founder of Hypertek Ent

Tubaba is one of the most decorated music artistes ever in Africa as he won two awards at the 2010 SoundCity Music Video Awards.[11] He also won the Channel O Music Video Awards,Best African Western award and the MTV Africa Music Awards for Best Male and Artist of the year and many more awards . His solo career has spanned about 15 solid years and he keeps getting better and adding more value  to the industry with hit songs and collaborations to keep music lovers endeared to him.

Congratulations to 2baba on the launch of his Agribusiness known as Innobia  Cooperatives Organization [Innobia Allied Limited], more wins for the multi-talented music legend.

Content created and supplied by: AmenaghawonAnthony85 (via Opera News )