Opinion: Nini is getting closer to Cross than Saga

By frendygodwin (self media writer) | 3 months ago

Recently, Nini and Cross were spotted at a house party hosted by Liquorose in celebration of her success in the big brother's house. From my observation, Cross and Nini enjoyed each other's company and I won't be mistaken to say that the duo are becoming close friends while Saga is withdrawing from the race.

Photo of Cross and Nini at the party 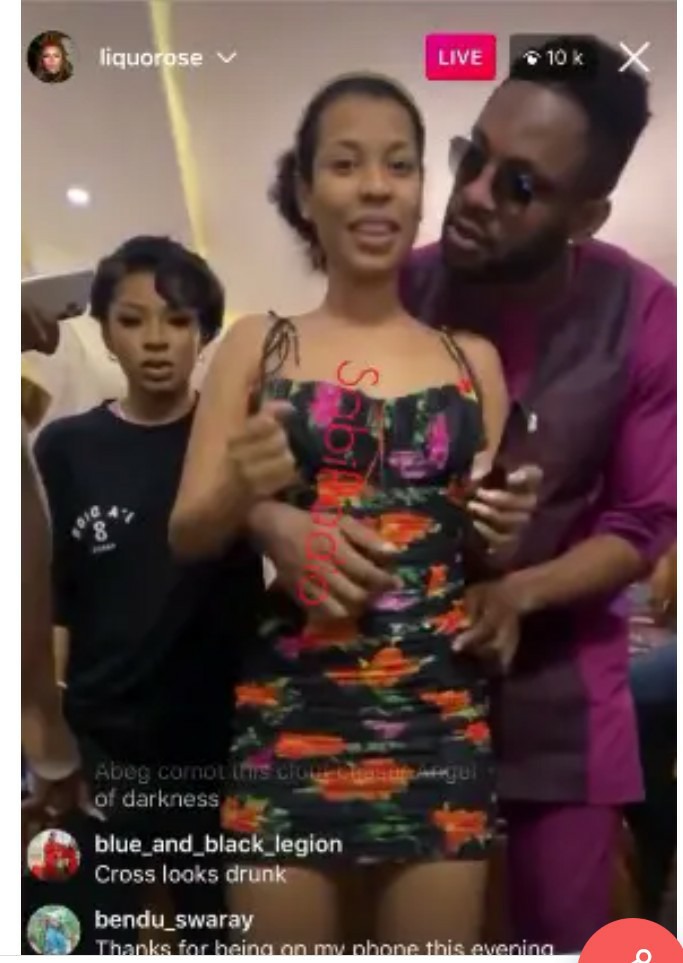 Recall, while in the house, Nini was attracted to Cross at a point regardless of Saga's presence. But then, Cross was more attracted to Saskay which made Nini give up any ideas of being close friends with him. When the show ended and Cross was asked by an interviewer, during one of his media tours, to reveal which of the female housemates he would love to pursue a romantic relationship with. He mentioned Nini and that answer surprised the fans because they were expecting him to mention Angel, Queen or other female housemates he bonded with while in the house. 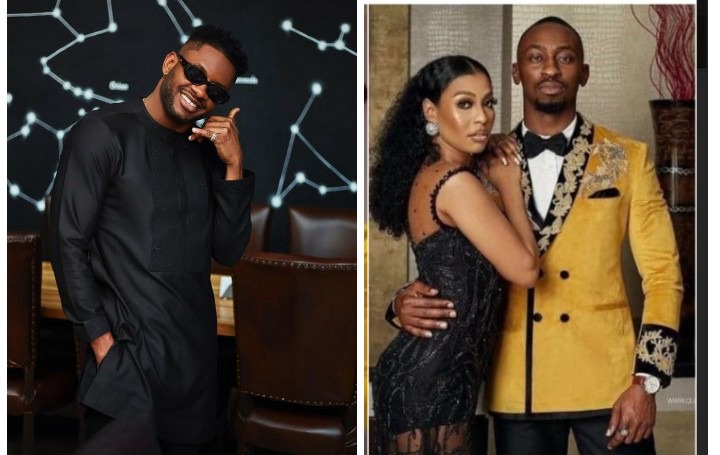 He further noted that he has not seen Nini's alleged boyfriend so he won't let that stop him from pursuing a romantic affair with her if he gets the chance. I believe Cross  ' desire to go into a romantic affair with Nini might come to reality judging by how close they were with each other at the recent house party organized by Liqourose. The duo were captured holding each other and dancing together. I think Cross is beginning to establish some bond between himself and Nini.

Also, Saga and Nini have not been so close lately. Nini has been spotted on several occasions dancing in an event or going to places without Saga around.

For instance, in one of the recent functions they attended, Saga was captured receiving a kiss from Angel regardless of Nini's presence. 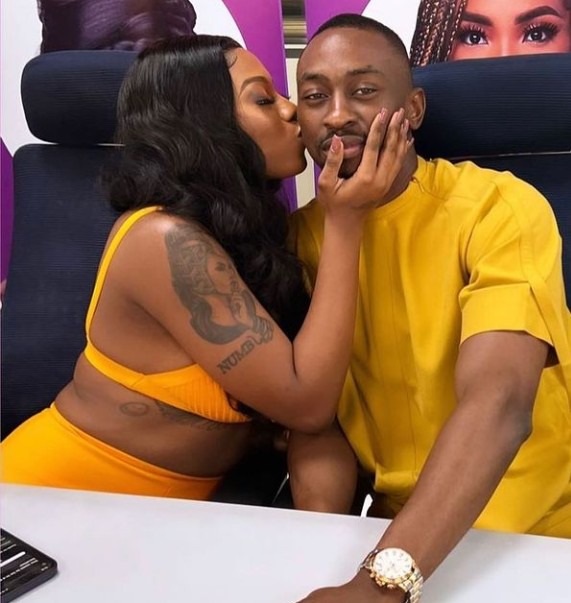 Angel kissing Saga at a function

And during a group picture, Saga did not bother standing beside Nini as anticipated. Recall, these two were hardly separated while In the house. 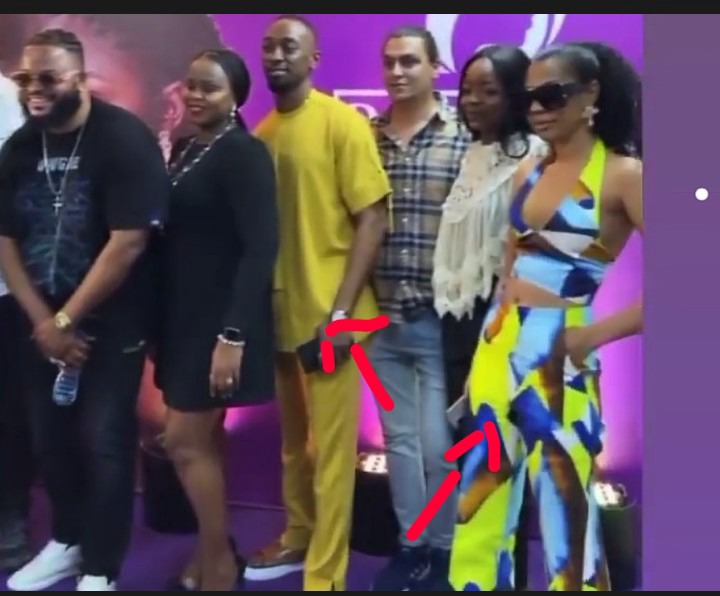