See Pictures Of The World Tallest Man Ever To Walk The Face Of The Earth.

Featured in the Guinness World Records book, Robert Wadlow, the tallest man ever of whom there is no irrefutable evidence measured 2.72m (8ft 11.1 in) tall. Born 22 February 1918 to a regular sized parent, Robert Wadlow as a baby weighed an unremarkable 3.85kg(8.7 ib). At the age of 5 Robert Wadlow was 1.63m (5ft 4in) tall. He was toddler but in teenages clothing. 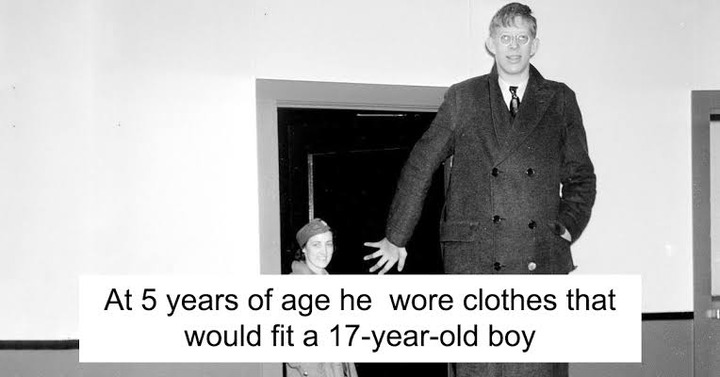 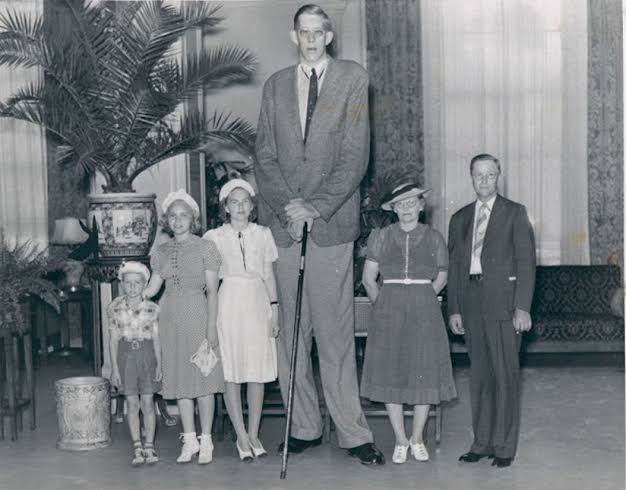 His Father, Harold F Wadlow measured 5ft 11in tall but Robert at the age of 8 overtook his father and became the tallest amongst his siblings. When most children were still being carried by their parents, Robert was able to lift his father up the stairs of their family home.

Robert caused alot of lot of issues in the medical world and even worse as he became older and taller. He tried his best to get involved in some of the activities his peers where into.

Robert passed the 2.45 m (8 ft 0.5 in) mark by the age of 17, making him – unsurprisingly – the tallest teenager ever. He was a gentle giant and graduated from the high school in 1936. He also furthered his education in college with the intention of studying law.

Painfully, wadlow died on 15 july 1940. He was 22 years old. The cause of his date was as a result of a septic blister on his right ankle caused by a brace. This year makes it over 100 years when the last tallest man born. See more pictures of Robert Wadlow below. 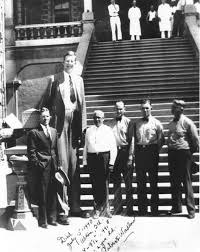 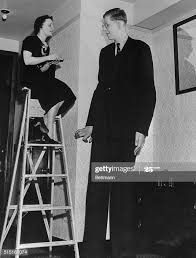