By MhizSarahUnoke (self media writer) | 2 years ago 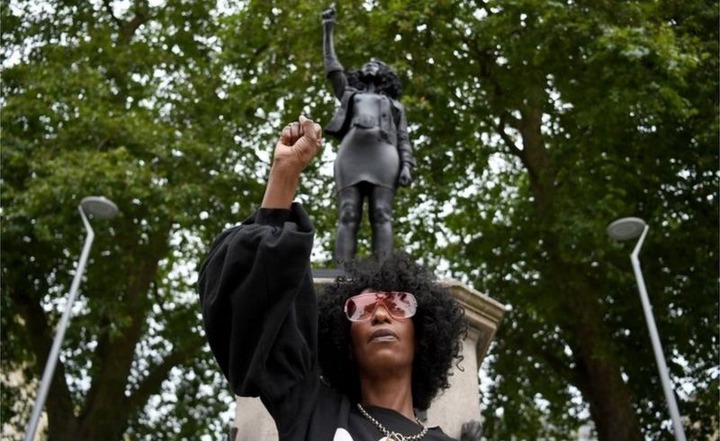 The statue of Jen Reid who was a Black Lives Matters protester in Bristol has be placed in the same position where the slave merchant Edward Colston was placed.

They placed the sculpture on Wednesday in Bristol city center after they had pulled down the sculpture of Colston and threw it inside the river last month.

After the removal of his sculpture, someone snapped Ms. Reid as she stood on the empty place.

"I felt like it was something that the people of Bristol would like to see," said Ms. Reid.

"My husband has took the photo on the day of the protest and posted it on social media after which Marc Quinn sent him a message.

"On Friday after the protest, i was at his studio with so many cameras around me, they took photos of me from every angle.

Ms. Reid also said the sculpture is also important because it will continue the journey of racial justice and equality moving". 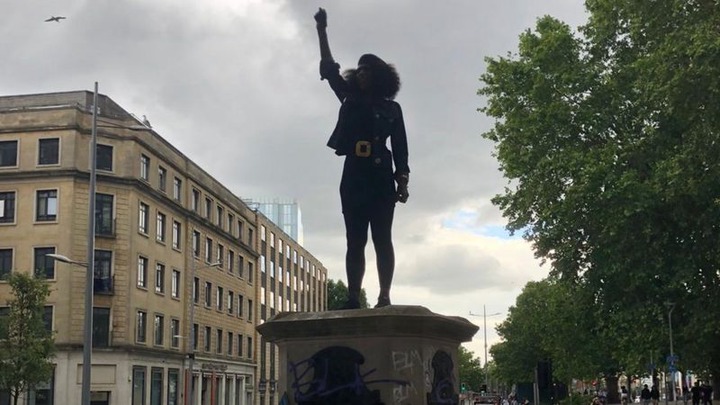 Artist Marc Quinn confirmed that the sculpture which he called "Surge of Power" is a temporary thing that will continue the talk about racism.

"This sculpture stands for my mother,, my daughter and black people like me". 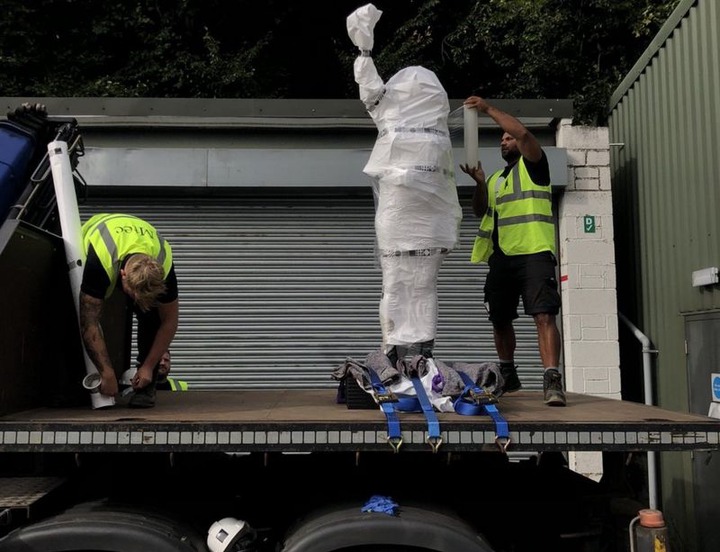 Two men went to remove the statue on Wednesday morning before 4:30am.

The mayor of the city Marvin Rees also said that the statue dos not have permission to stay there. On twitter, he said "anything that was place at that point without following due process will surely be removed.