The real history of vampires

By Newsin200words (self media writer) | 1 year ago

The history of vampires is rich in both ancient mythology

Despite being one of the oldest and most prevalent creatures of world mythology, the origin of vampires has remained unknown for thousands of years. It wasn't until more recently that we were given a glimpse into the early vampire history.

According to legend it all began in the Mediterranean. 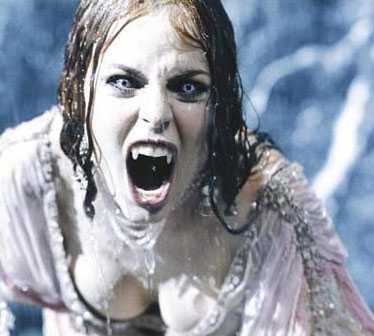 The first vampire started out as not a vampire at all, but as a human man named Ambrogio. He was an Italian-born adventurer who fate brought to Delphi, in Greece. In a nutshell a series of blessings and curses transformed this young man into history's first vampire.

The blessings came soon after when Artemis, taking pity on the poor young man, gave him the gift of immortality. He would carry his curses - his skin burning by sunlight or silver, but he would live forever in his current form. Not only that, but Artemis also gave him the speed and strength to become a hunter whose skills were second only to her own.

Blood-sucking (which, by the way, is called "hematophagy" in case you were curious) is also included in this "blessing". In the vampire origin story, Ambrogio hunts swans and uses their blood as ink to write love poems to his lady Selene. While this may be considered a little creepy by our standards, it wasn't all that unusual in ancient Greece to make do with what you hunted.

Ambrogio later moved back to Italy, now as a full-fledged vampire. Legend traces him to the city of Florence (Firenze), where he creates the first Vampire Clan.

We don't know a whole lot about this clan, other than they were most likely willing volunteers - humans who wanted power and immortality, and were willing to trade their souls for it. It was believed that the curse would continue for any vampire where their souls would remain in the Underworld (aka Hades aka Hell), where they could return to claim them, but then could never leave.

From what we know of the history of vampires, the clan grew in size and strength, until infighting created something of a "civil war" within the clan, and many vampires left to form their own clans.

What happened to Ambrogio and those who stayed with him is largely unknown, though many believe that he still resides somewhere in Florence.

Content created and supplied by: Newsin200words (via Opera News )

2023 Presidency: Three Factors That PDP May Consider to Pick the Presidential Candidate of the Party

If The Tucano Jets Are For Tackling Security In The North, Then It Should Be Used Against Bandits

Effects Of Social Media On Our Lives