Nigerian Names That Look Like English Words; Is yours Among?

Language, alongside dressing, is one of the most important characteristics of culture. In other words, world languages vary according to cultures, though some languages share some things in common, such as the English and Yoruba languages. 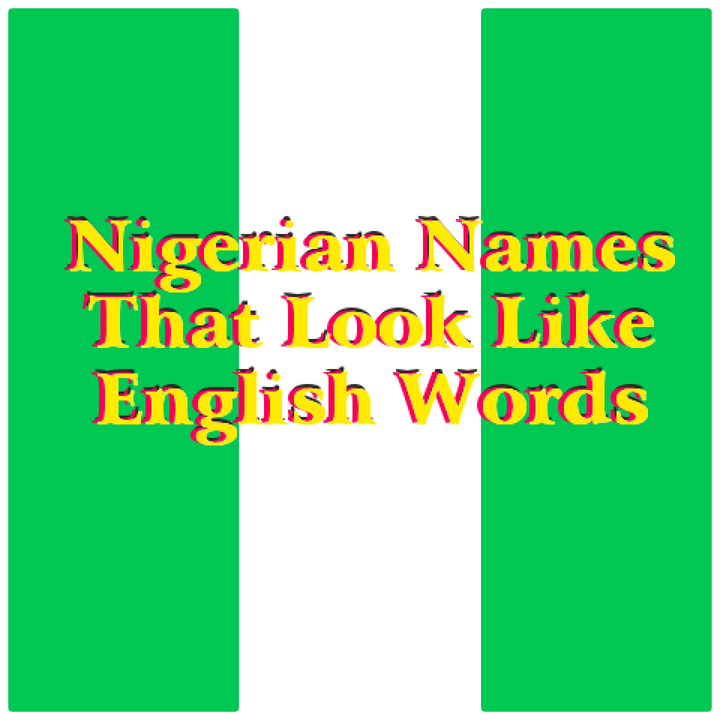 Some Yoruba names share the graphological similarity with some English words while there are phonological and semantic differences. In other words, they look like English words in writing but the pronunciations and meanings are absolutely different. Some of them are the following:

* AKIN (In English Language, akin means similar, e.g. What Akin just said is akin to what was cast in the news.)

* ARE (E.g. We are going to Are's house tomorrow morning.)

* ARISE (E.g. Arise has promised to inform us of any development that may arise.)

* AWE (In English Language, awe means an overwhelming feeling of reverence, admiration, fear, etc., produced by something which is grand, sublime, extremely powerful, etc., e.g. Mrs Awe was in great awe when she saw the performance.)

* BADE (In English Language, bade could mean the past tense of bid, a form of greeting, e.g. Bade bade his guests farewell when they wanted to leave.)

* DARE (In English Language, dare means to be brave enough to do something, e.g. Dare dares not inflate his school fees again after being caught by his father.)

* DESIRE (E.g. Desire is a Yoruba man who has the desire to be an American citizen.)

* DUPE (In English Language, dupe means to trick or cheat somebody, e.g. The man found it easy to dupe Dupe because she is gullible.)

* JADE (In English Language, jade is a hard stone that is usually green and is used in making jewellery and decorative objects, e.g. Jade bought a new jade necklace.)

* JOKE (E.g. Joke does not joke with her boyfriend's well-being.)

* ORE (In English Language, ore means rock, earth, etc. from which metal can be obtained, e.g. Ore took me to a company dealing with iron ore last week.)

* MADE (In English Language, made is the past tense and past participle of make, e.g. Made has made a promise to be sincere with her fiancé.)

* MOPE (In English Language, mope means to spend your time doing nothing and feeling sorry for yourself, e.g. Mope was advised not to mope because it will not do her any good.)

* WALE (In English Language, wale could mean a streak, stripe, or ridge produced on the skin by the stroke of a rod or whip, e.g. The teacher beat Wale seriously but just a wale was seen on his back.)