By D_Kenny (self media writer) | 9 months ago

One of the most endowed and beautiful Yoruba Nollywood Actresses, Biodun Okeowo popularly known as Omo Butty has come under heavy criticism following her photo where she dresses for Good Friday. 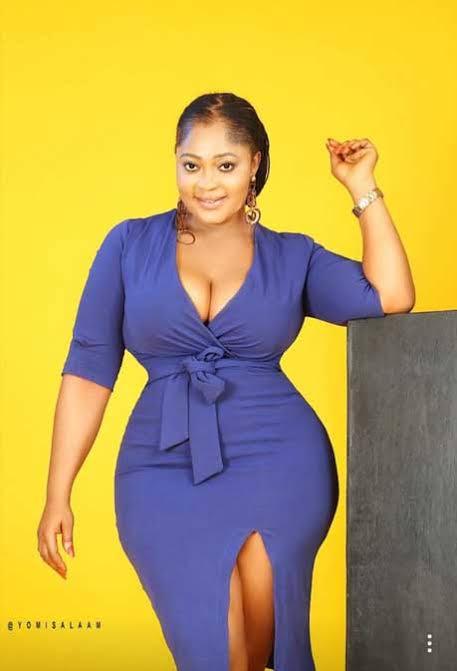 The Actress who is famous by her voluptuous and endowed shape which persistently earns her admiration on social media this time changed her look by wearing a modestly and well covered gown to celebrate this season, but she was trolled by one of her fans on Instagram, Samdar101 which sees her dressing as unusual and wacky, the fan reacts: “Please go and put this off…never seen you this bad”, however, Omoborty just replied in funny way as thus: “who collected your recommended glasses from darling? Please make use of it ASAP, but the fan insisted that the Actress does not look good in the dress. 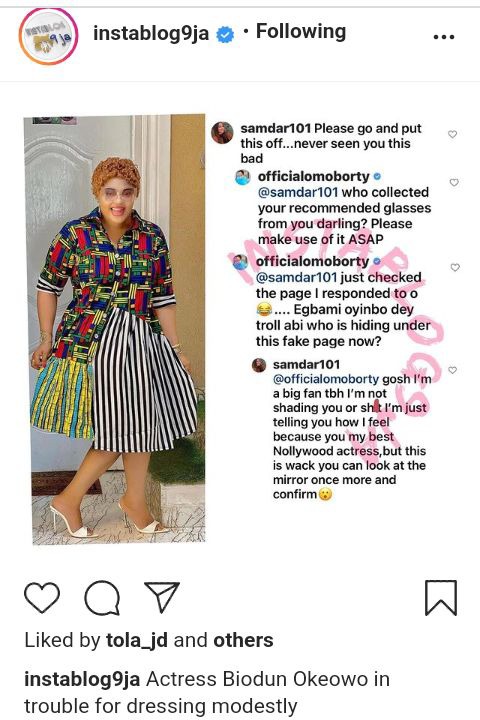 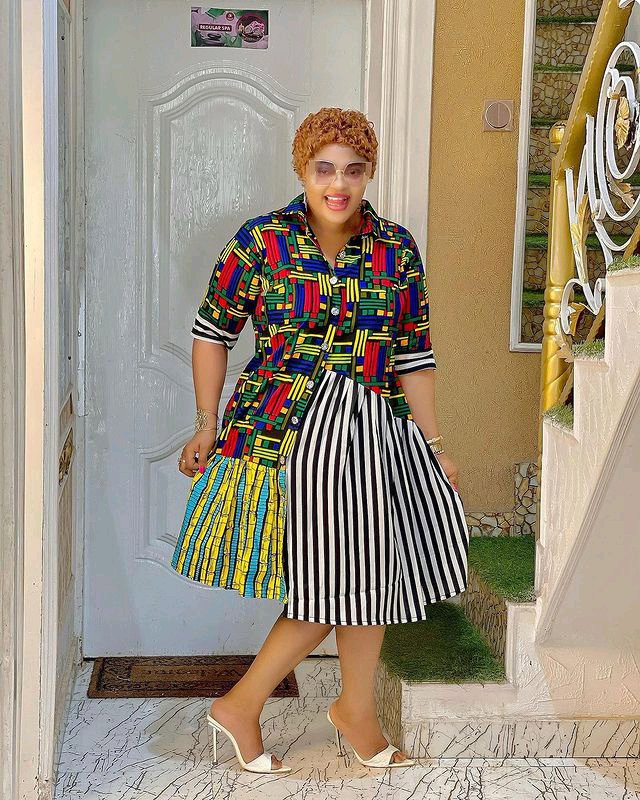 Biodun Okeowo hails from Ogun State but broughed up in Lagos, South West Nigeria. She is the only daughter of her Mother. She attended Onayade Primary School and Jibowu High School for her primary and secondary education respectively. Omo Borty later proceeded to Lagos State University where she bagged Bachelor of Art in Communication Arts. The nickname ‘Omo-Burty/Borty’ came into being from her role in a movie she featured in 2014 which tells the story of her spoilt girl from a wealthy home. Biodun Okeowo is a mother of two but she claims that’s she is single because she had her children out of wedlock. The beautiful actress has featured and produced several movies among which include Alapo Aje, Okanjua, Boseyemi, Ipese, Funmilayo Baby, Omo-Butty, Ore and many others. 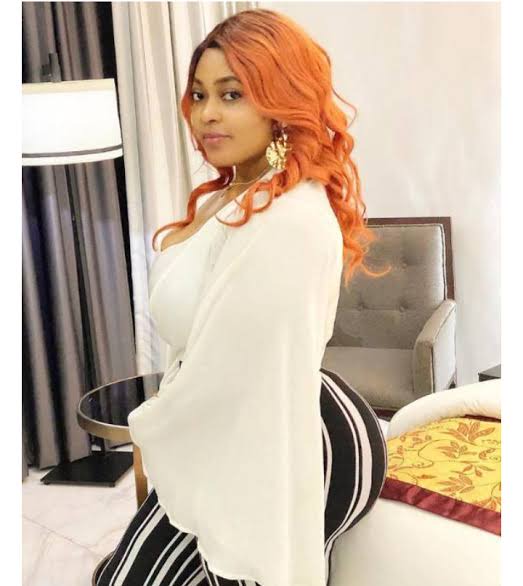 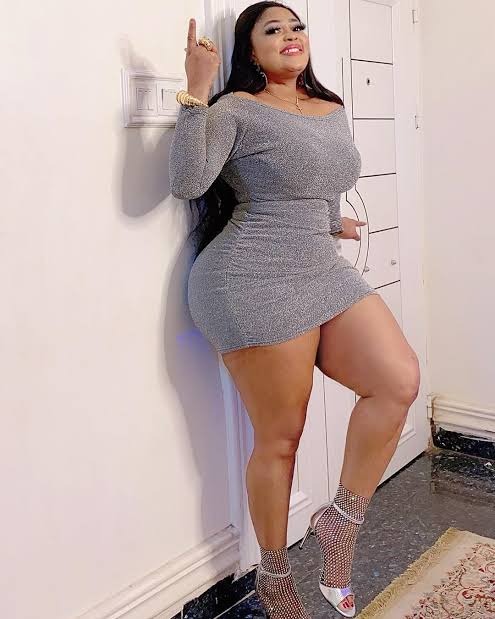 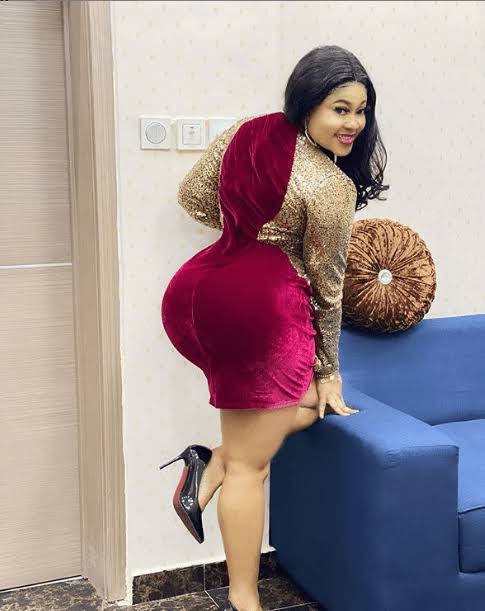 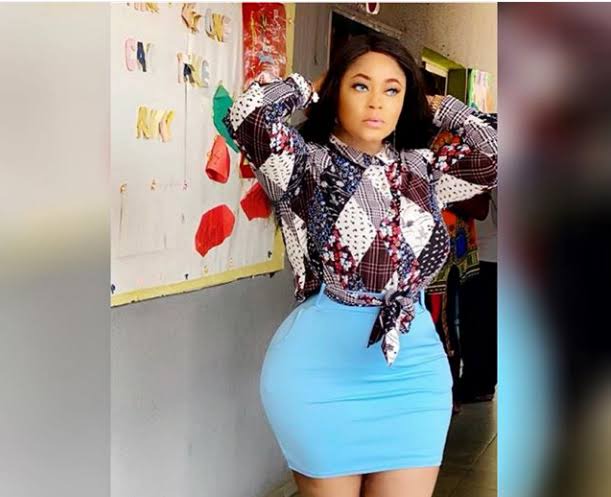 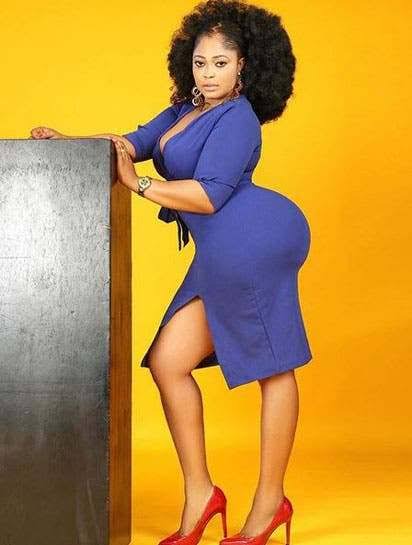 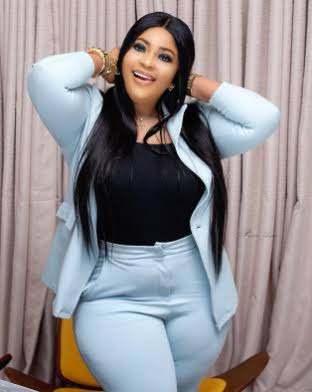 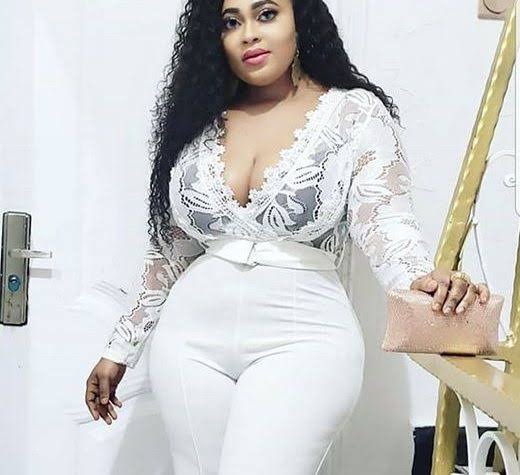 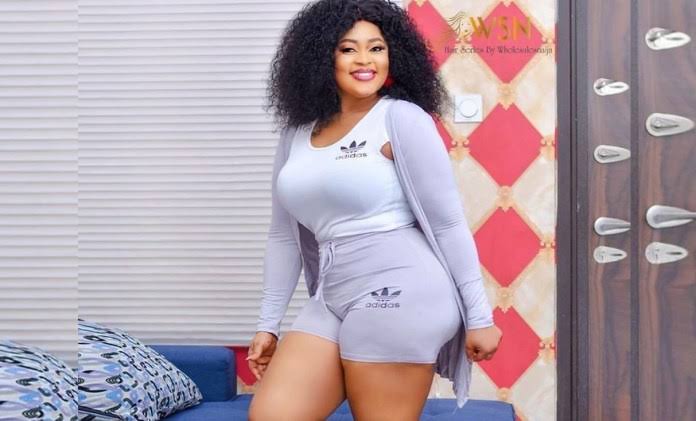 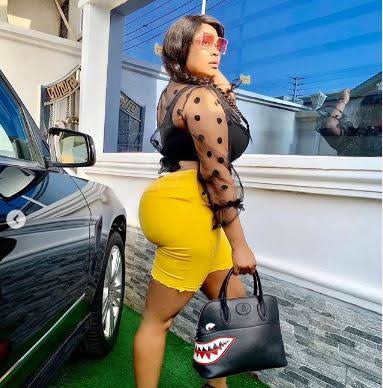 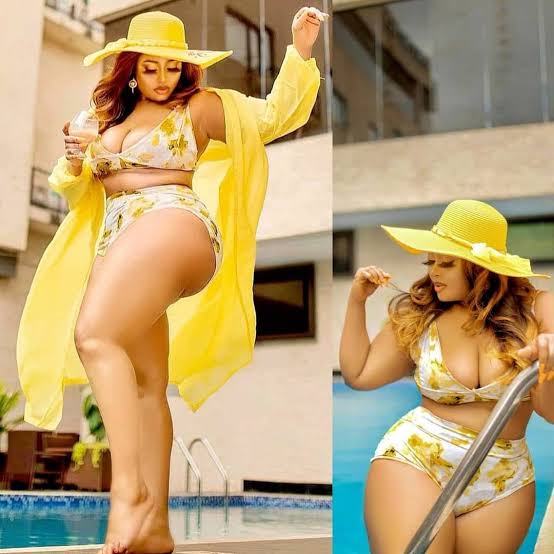 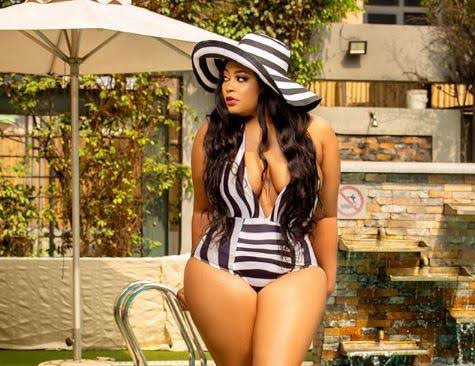 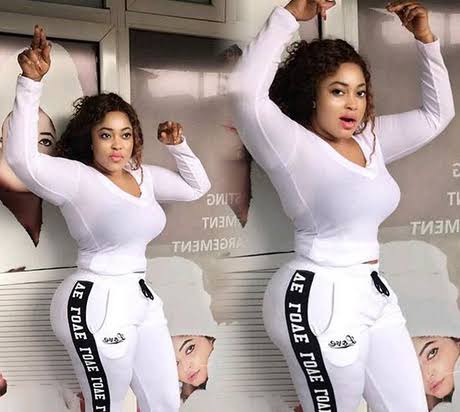 However, this scenario between Omo-Burty and her fan has caused mixed reactions among Instagram users as what is the problem of this fan and why should people always complain about someone’s personal life, if they dresses half-n#de, people will complain and when they dress modestly, they still complain!

Do you think the dress is bad or the people enjoy seeing these celebrities in coarse looks every time? 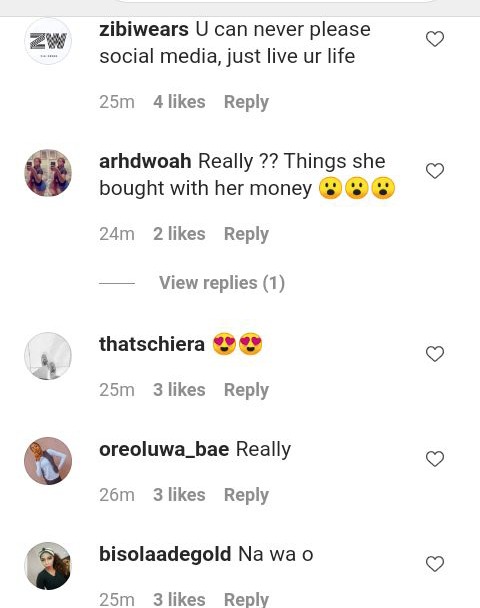 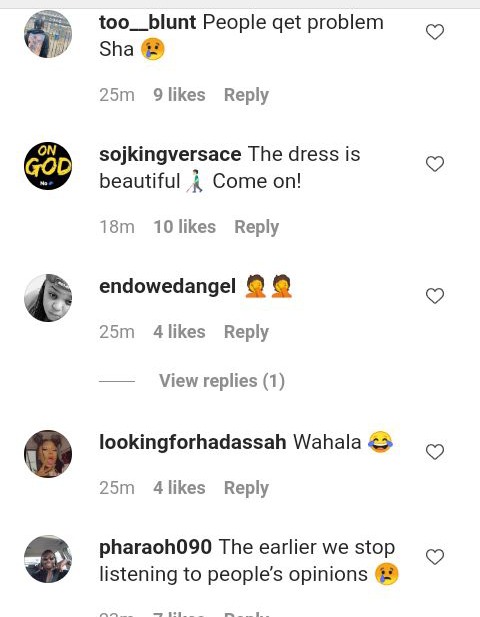 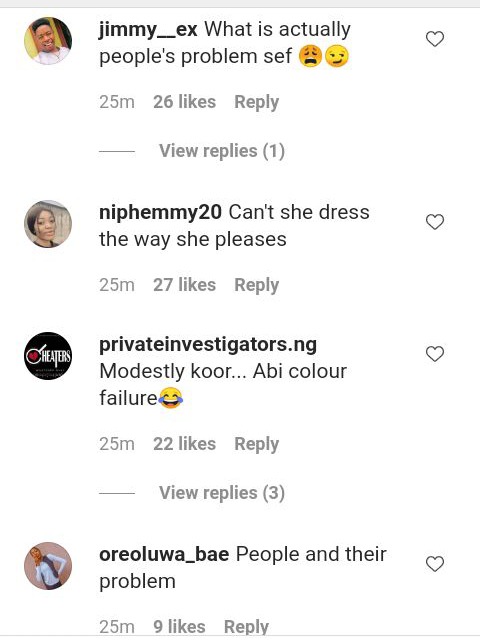 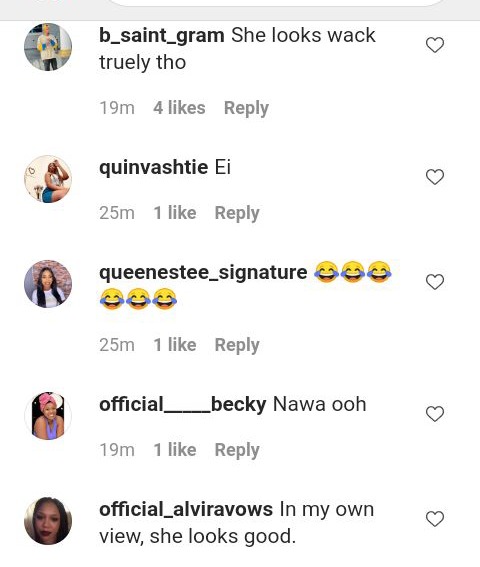 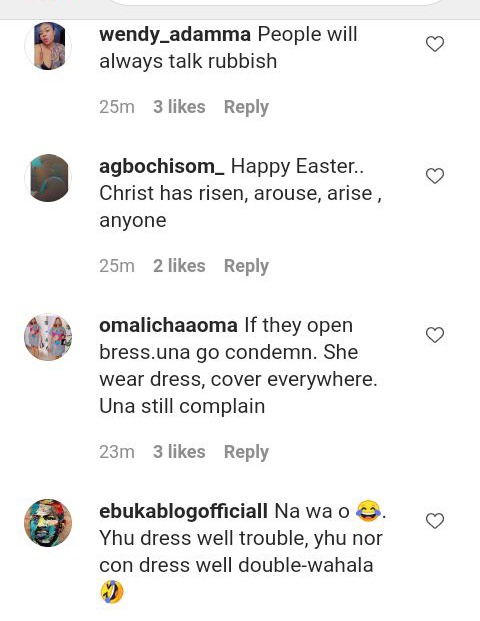 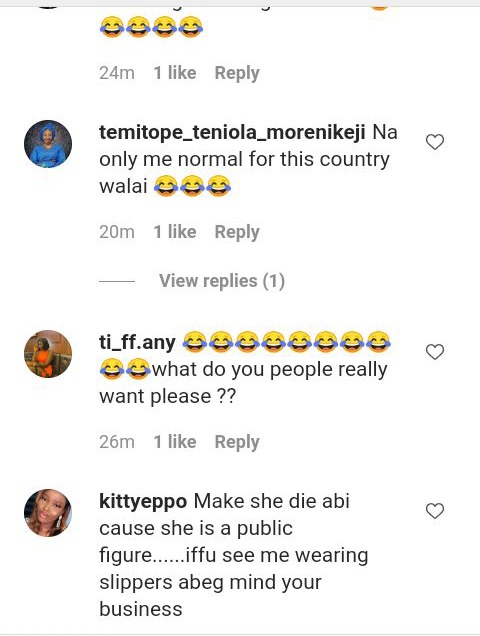