By Capacityblog (self media writer) | 10 months ago

Francis Agoda popularly known by his stage name I Go Dye is a Nigerian stand up comedian. He is a motivational speaker, writer and social crusader. He was born into a poor family background in Abraka, and grew up in Warri, Delta State in the South Southern part of Nigeria.

His passion for comedy brought him wider acceptance and popularity, which he realized was a means to address mitigating factors affecting the young children and many unprivileged people, based on what he witnessed growing up in the village as a young kid. Today I Go Dye is very successful and regarded as one of the richest comedian in Nigeria. 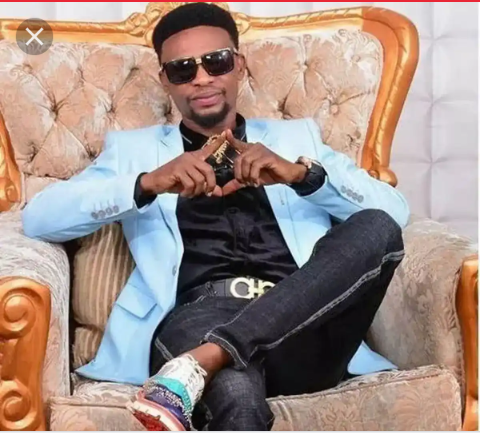 Azubuike Nelson Chibuzor popularly known as Phyno is a Nigerian hip hop rapper, singer, songwriter and record producer. He started his music career as a producer in 2003 and released his debut studio album "No Guts No Glory" in 2014. Phyno was born into a poor family background. He hails from Anambra state in the South Eastern part of Nigeria, but was raised in Abakpa, a ghetto region in Enugu, Nigeria.

Phyno developed interest in music production during his secondary school days, he initially wanted to become a pilot but because of poverty he could not fulfill his dream. He studied public administration at the Institution of Management and Technology (IMT) in Enugu. He started rapping in 2010 and relocated to Lagos to further his music career. Today Phyno is one of the most successful and richest musician in Nigeria. 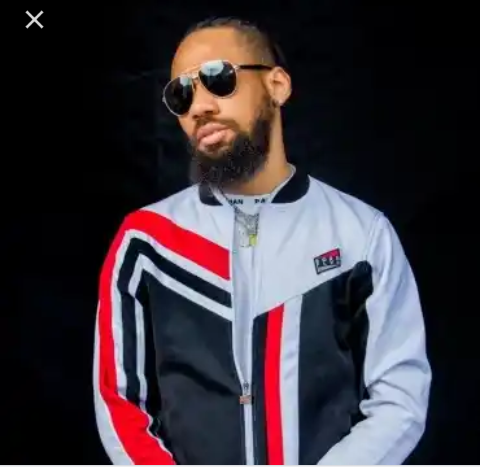 Mark Angel is a famous Nigerian YouTube celebrity and a comedian. He was born and raised in Port Harcourt, Rivers State, Nigeria but he hails from Imo state in the South Eastern part of Nigeria. He is the founder of the popular comedy skit "Mark Angel Comedy" a short comedy video published every Friday on YouTube. Mark Angel was born into a poor family background. He did not complete his University education.

In 2008, Mark Angel gained admission into Obafemi Awolowo University in Ile-Ife, Osun state, Nigeria to study Medicine and Surgery but unfortunately his sponsor died few months later so he had to quit school because there was no one else to sponsor his education. 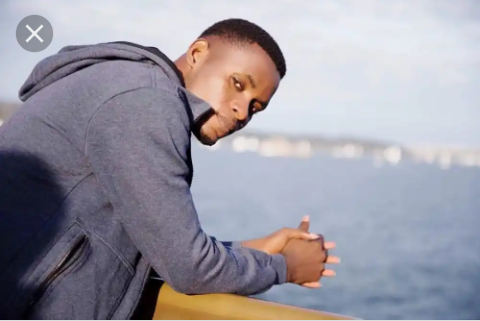 He later relocated to Lagos where he stayed with a friend. He gathered his savings and traveled to India to study Cinematography. After studying cinematography for six months, he came back to Nigeria and joined Nigeria movie industry in 2010. He started as a movie editor and director of photograph but later quit because he was paid less.

In 2012, Mark Angel met his friend Denilson Igwe and they decided to start an online media organization that will be based on comedy and that brought about Mark Angel Comedy. Today Mark Angel is the most successful YouTube personality in Nigeria earning over $100,000 dollars monthly.

Inetimi Timaya Odon better known as Timaya is a Nigerian singer and songwriter. He is the founder of Dem Mama Records Limited. His solo career began in 2005 with the release of his hit single Dem Mama which also appeared in his debut studio album "True Story". Timaya was born into a poor family background in Bayelsa state in the South Southern part of Nigeria. Although his father was a banker but he could not cater for the family.

Timaya had to join his mother plantain selling just to put food on the table. He hawked plantain in the city of Port Harcourt for several years but couldn't further his education because there was no money. Out of determination, Timaya quit plantain hawking and relocated to Lagos to pursue a career in music. Toady Timaya is very successful and regarded as richest musician in Nigeria. 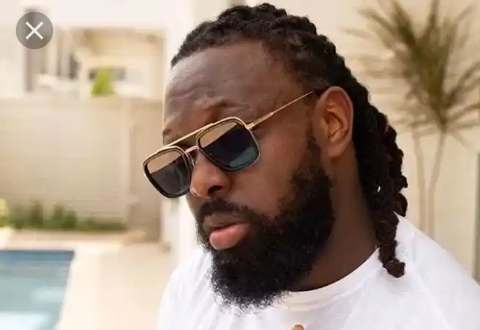 Linda Ikeji is from a poor family background in Imo state in the South Eastern part of Nigeria. From being admitted into a course she never liked (English) to struggling in the newsroom as a writer, to modelling and finally selling beer as a waiter in hotels. Today the story is different, Linda Ikeji now owns a mansion in Banana Island in Ikoyi, Lagos State, Nigeria worth over N850 million and several fleets of cars. 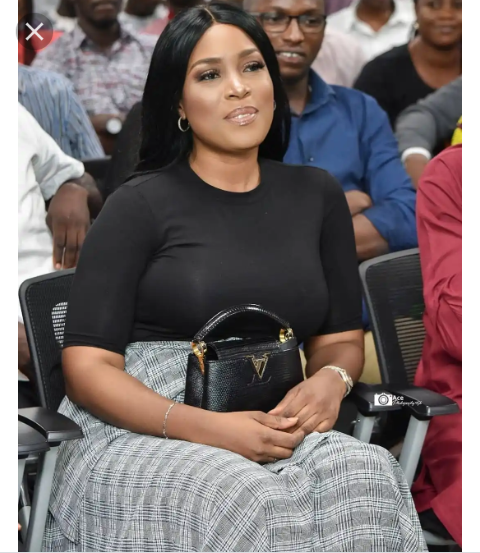 Omotala Jalade Ekeinde also known as Omosexy is one of the top actresses in Nigeria. Omotala came from a very poor family background.

After losing her father, herself, her mother and her other two siblings had to beg on the street just to survive. They would sit on a pavement of some rich Nigerians hoping to get some handouts but were disappointed severally. She was almost tempted to go into prostitution but her determination, hard work and persistent brought her so far. Today Omotala is regarded as one of the richest actress in Nigeria. 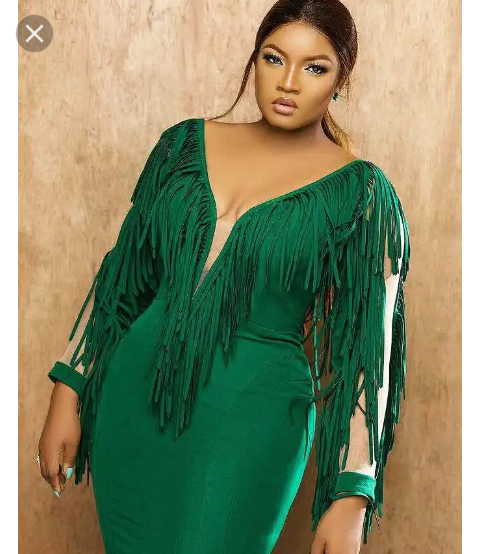 Ayodeji Ibrahim Balogun better known by his stage name Wizkid or simply Wizzy is a Nigerian singer and songwriter born on 16 July 1990 in Ojuelegba, a part of Surulere in Lagos State in the South Western part of Nigeria. He started his music career at the age of 11.

Wizkid was born into a poor family background, although his parents were civil servants but they still poor as they couldn't afford some basic needs at home. In a bid to free his family from poverty, Wizkid started visiting studio regularly and showcasing his talent through freestyling and music challenge to the extent that he ate and slept in the popular studios in pursuit of his dream. But today Wizkid has become very successful and regarded as the second richest musician in Nigeria. 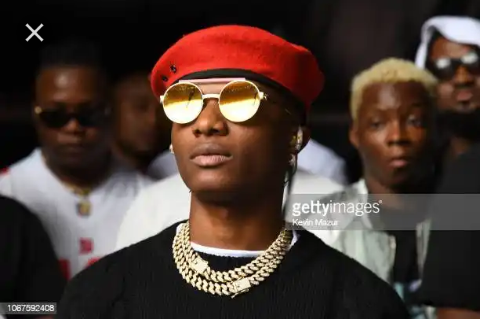 Mr Ibu was born into a poor family background. He once sold firewood, he was a butcher and hair dresser for so many years before he found favour in the Nigerian movie industry (Nollywood). He once said in an interview that his family was the poorest in his hometown in Enugu state. But today John Okafor is one of the richest Nigerian comic actor. 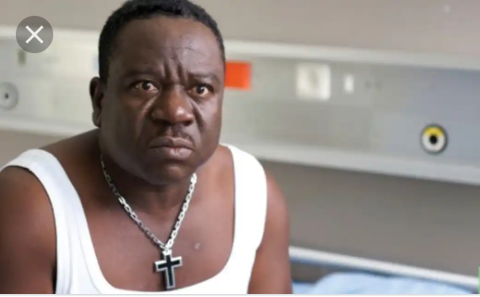 According to him, he was a brick layer and also had to sell rat poison just to put food on his table. But today Patoranking is among the richest musicians in Nigeria. 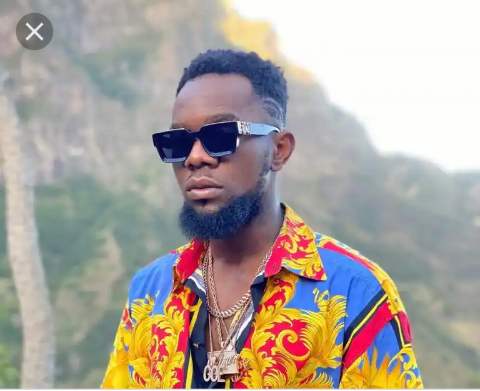 Olamide Adedeji popularly known as Olamide or Baddo is a Nigerian recording artist. He records mostly in Yoruba. He released his debut studio album "Rapsodi" in 2011 while signed to Coded Tunes. He is the founder and CEO of the record label YBNL Nation.

Olamide was born into a poor family background in Bariga, Lagos State, Nigeria. He was born inside the ghetto and growing up he faced many challenges, hardships, struggling and hunger. Out of passion, he decided to pursue a career in music. Toady he is one of the richest musicians in Nigeria. 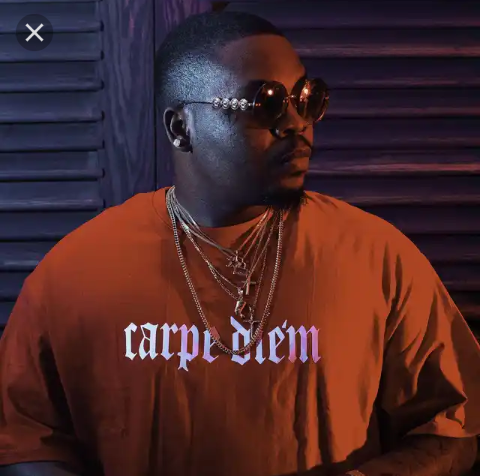