By Iam_casvil (self media writer) | 23 hours ago

Pere Egbi, one of the finalists of the Big Brother Naija Season 6 'Shine Ya Eye' 2021 edition, gets hospitalized hours after his fans surprised him with money and gifts. 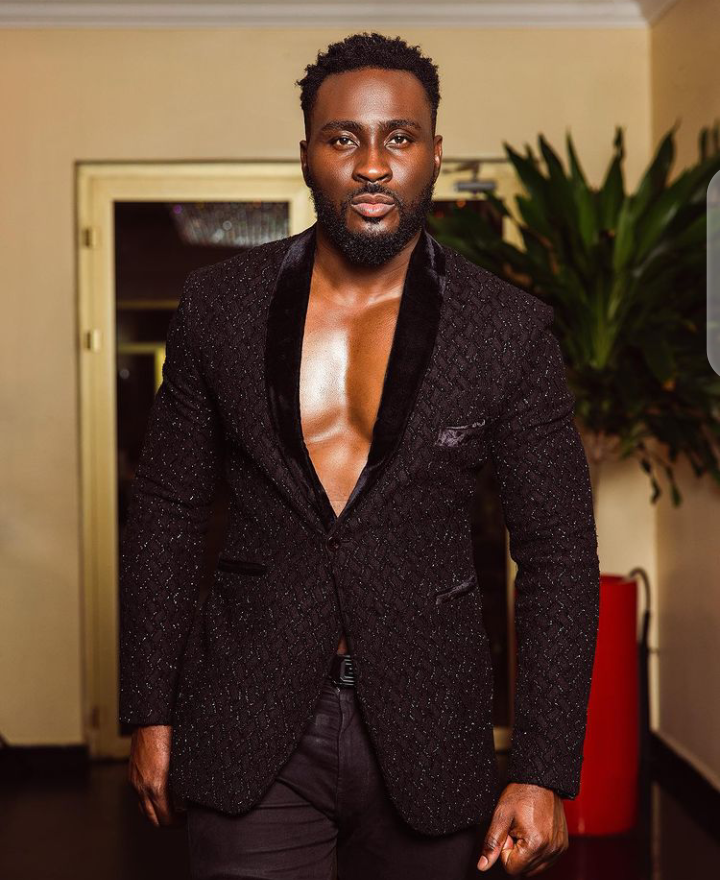 Recall that, yesterday night, Pere, who is also known as the General because of his military background, received a surprise visit from his fans known as Patriots, at an undisclosed location in Lagos State. The gifts he received from his fans ranges from a large money cake to a picture frame of himself in his general regalia.

Some of the gifts Pere received from his fans 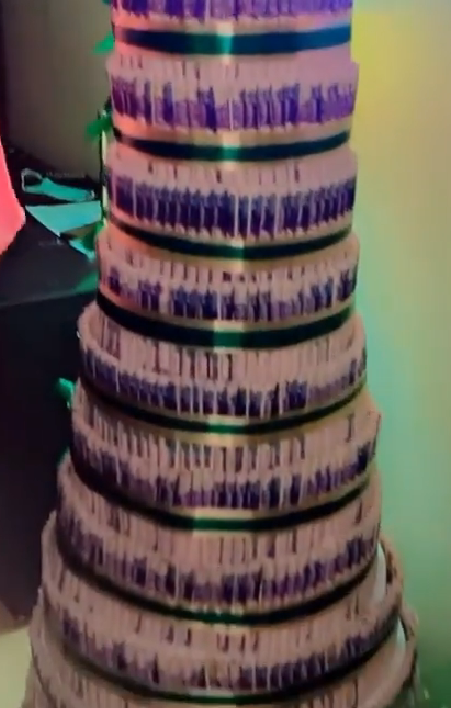 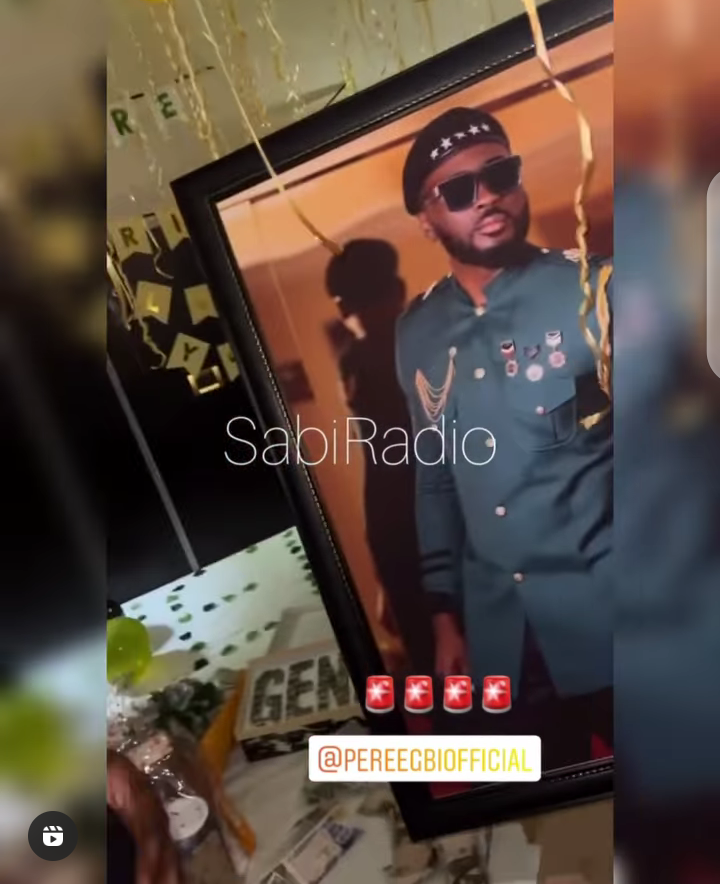 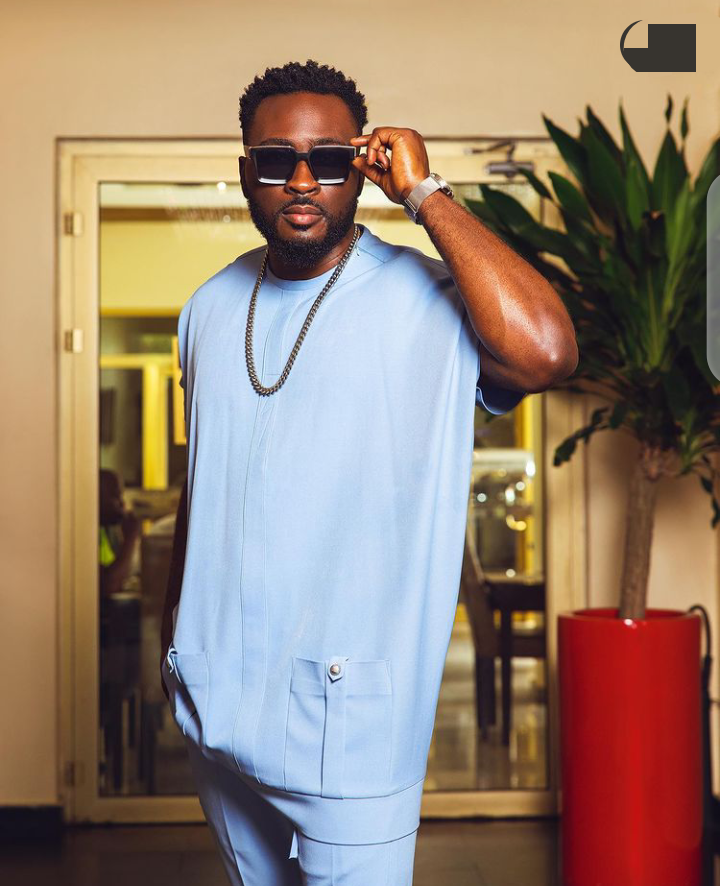 Hours later, Pere gets hospitalized as a picture of him taking an Intravenous Drip (IV) treatment in his hotel room went viral on social media. Pere's hospitalization caused a serious uproar on social media as it triggered reactions from his fans. Some said that, the stress is too much for the ex-housemates while some were asking why is everyone from this year's BBnaija falling sick. Some went as far as saying that, the General is not even as strong as he says to be.

Below is how some of Pere's fans reacted to his hospitalization: 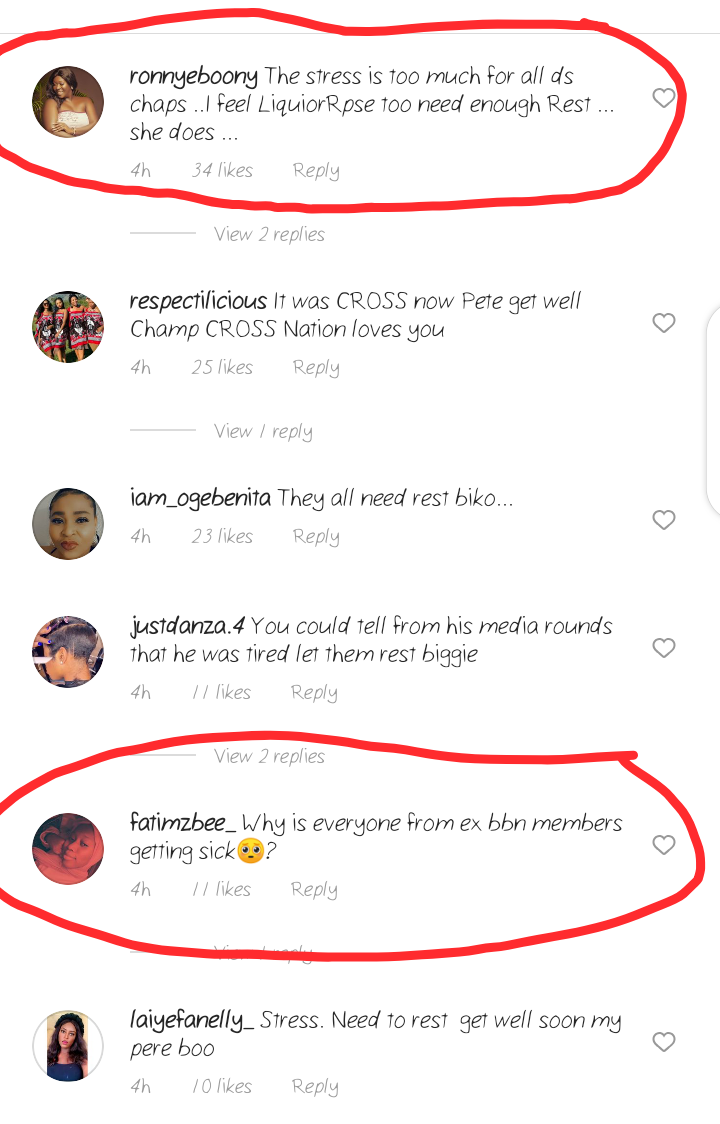 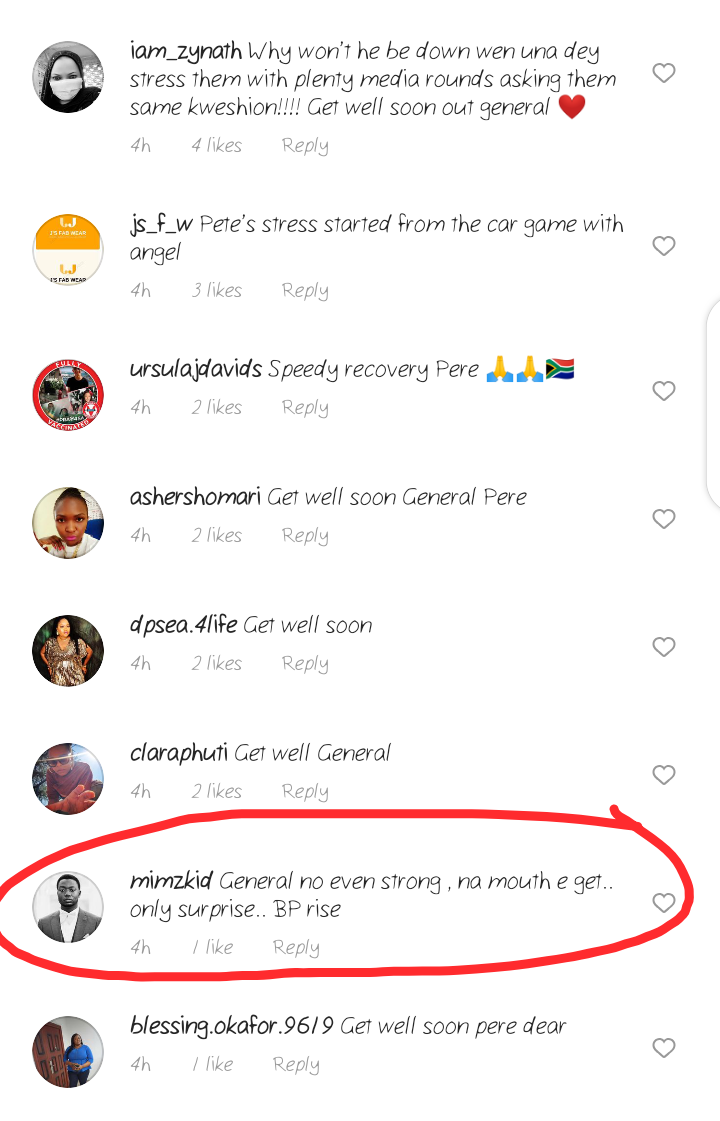 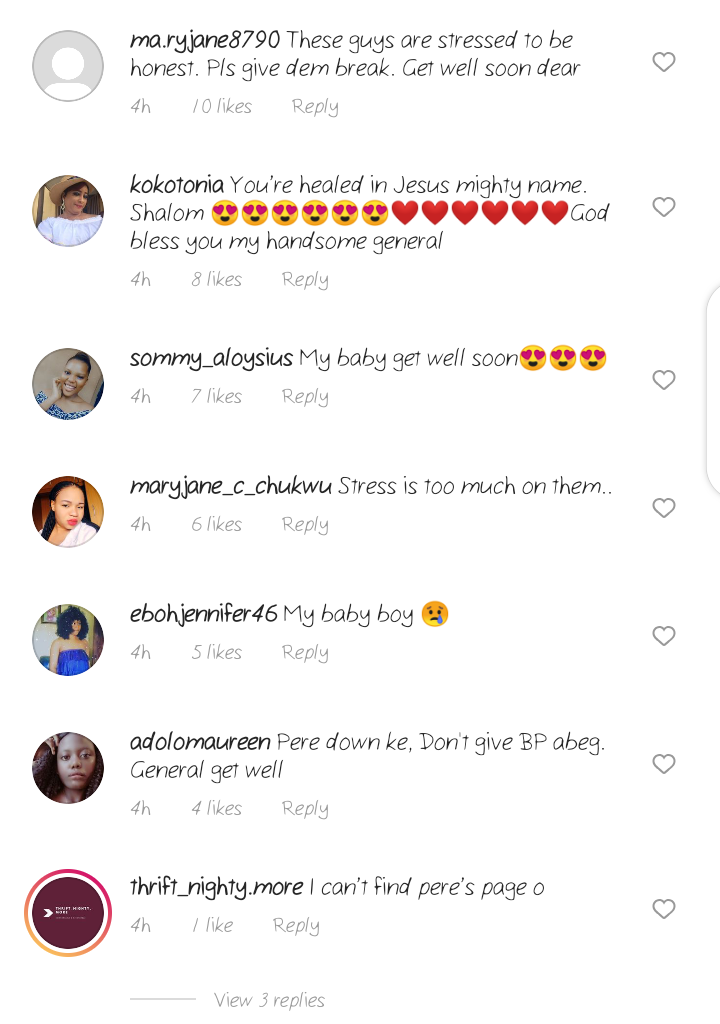 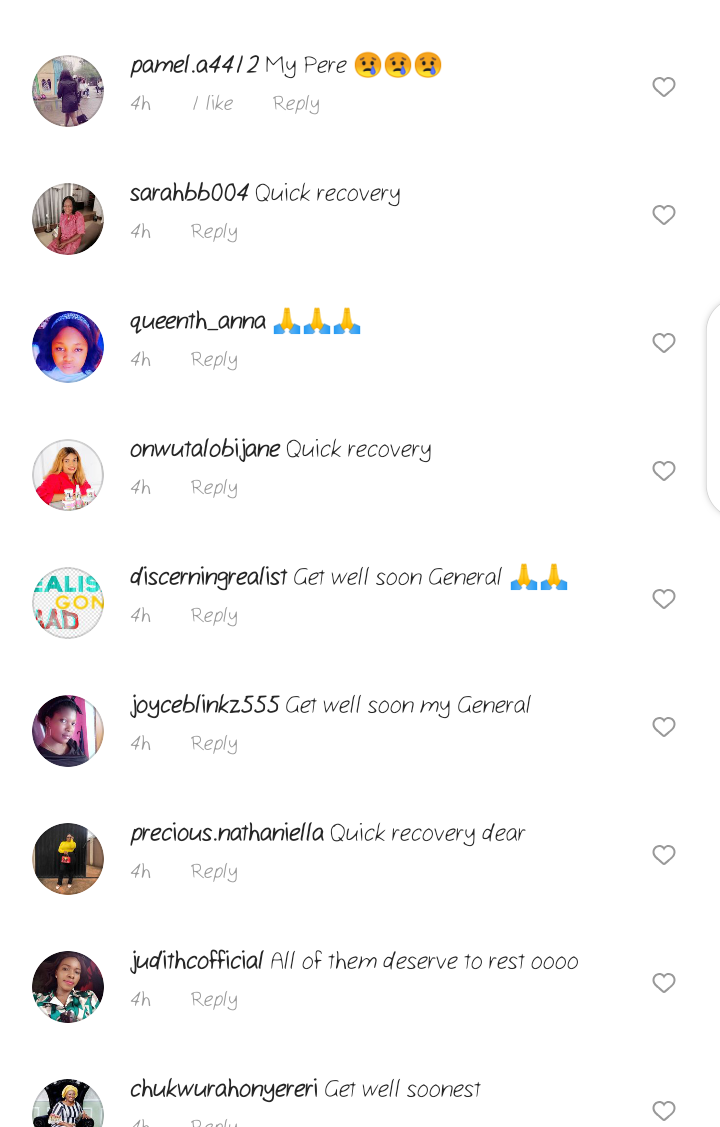 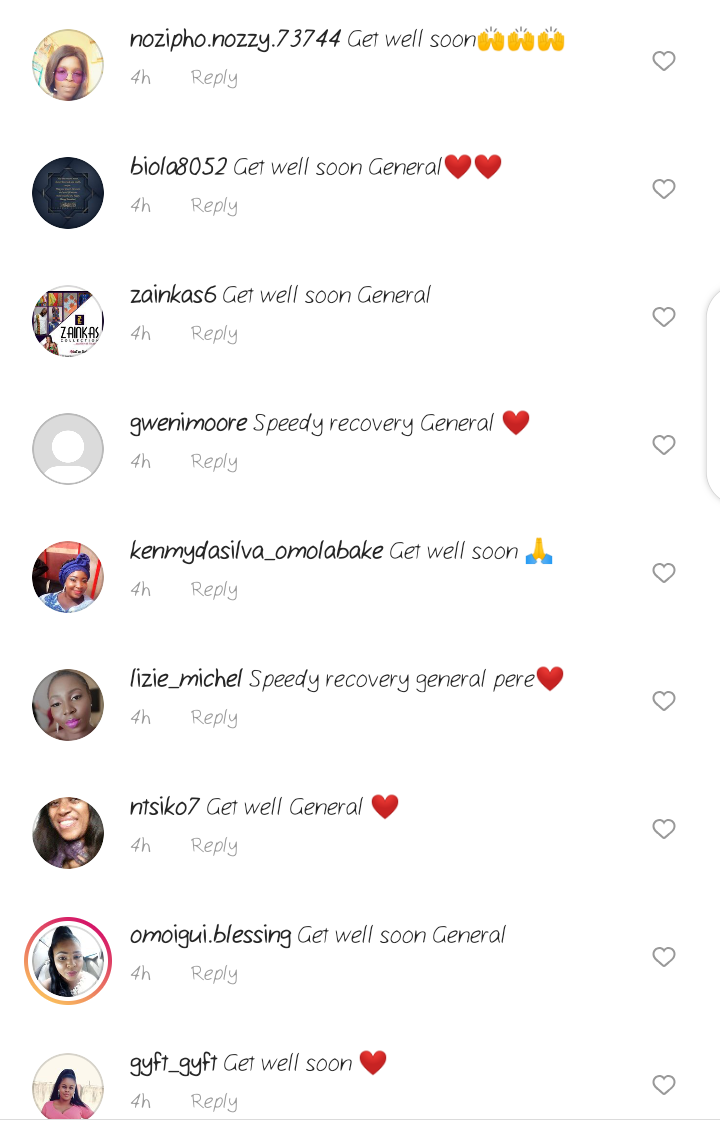 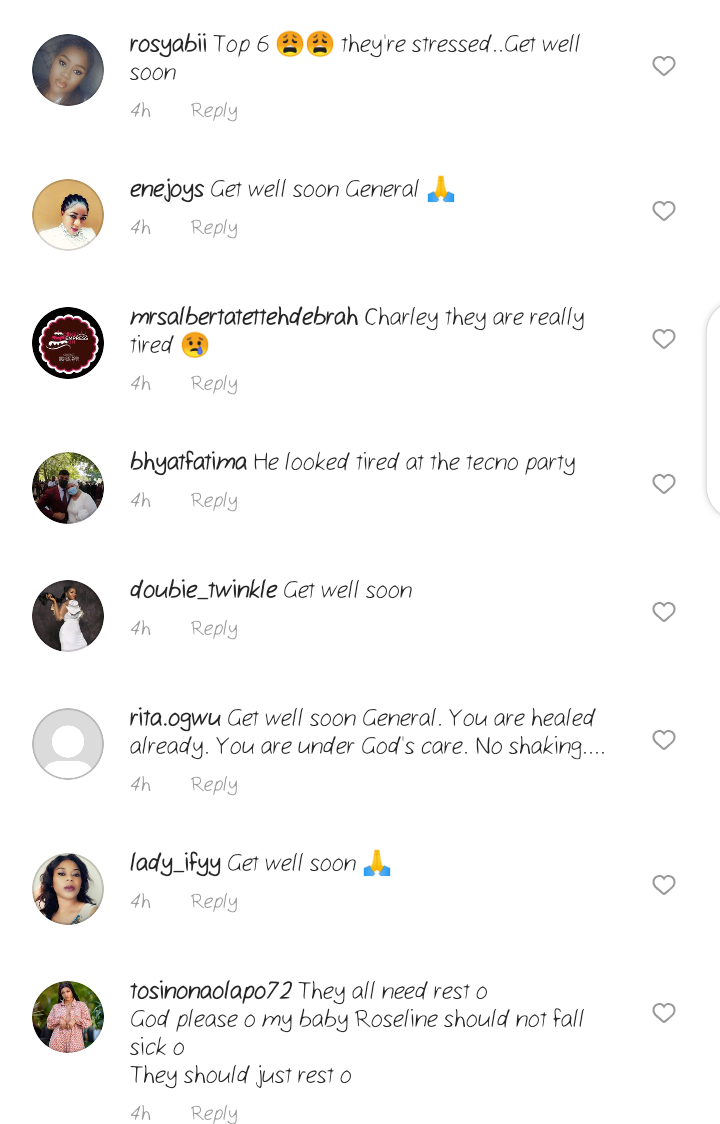 What do you think is the reason why this year's BBnaija ex-housemates are falling sick one by one?

8 Foods You Should Avoid Before Intimacy

5 Kannywood Actors Who Have Acted Alongside Their Children In Movies