Reasons Why The Flash should have been cancelled after the third season. 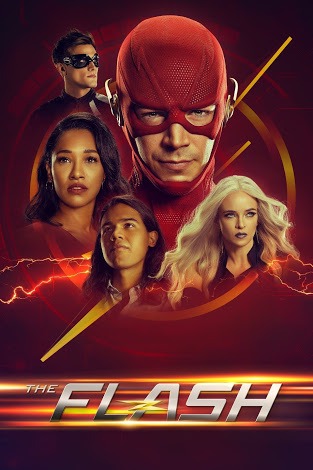 How is DC's CW TV show The flash still running?? It's a question I have found myself asking every time another season is announced. This is a show that has consistently been on the decline since the moment Barry went back in time to prevent his mother's death at the end of the second season.

First, the showrunners completely ignored the fact that Barry Allen who is supposed to be a hero just screwed up everybody's lifes because of his mummy issues, and despite how much he messed things up everyone just seemed to forgive and forget after a few episodes. Hilarious.

The first three seasons had fellow speedsters as the main villains. Reverse flash for the first, Zoom for the second and Savitar for the third and that concept really worked, but from the fourth season it has been weirder and weirder villains, first the thinker for the fourth season, then we got the most muddled up concept for the fifth season. Was the main villain Cicada?? Was it Cicada Junior?? Or Was it Eobard thawne from his meta jail?? everything just got jumbled up, and honestly the less said about the big bads in season 6 the better.

I mean why would you keep using all these weird villains when there are still so many speedsters that could give The Flash a run for his money(pun intended). The rival, Cobalt blue, godspeed and a lot more.

Additionally, the characters just keep getting more and more melodramatic with every passing episode. I mean we all know the CW are incapable of making a show without drowning it in so much emotional mess no matter the genre, they just love overdoing the drama. Even Barry has been getting more and more tiring, all he does is whine and whine about every little problem then his wife says "We are the flash" and they suddenly have everything figured out...

Quite frankly, the show has overstayed it's welcome and even though another season has been announced making it seven seasons, I think the show ended back in 2017 with the defeat of Savitar as he represented Barry's biggest mistake and his defeat should have ended everything.