"If you have money, give him to pay for your bride price" -Man advises ladies

By BornWriter (self meida writer) | 25 days

It is the dream of every right thinking adult(male or female) to be joined to the opposite gender traditionally (Traditional Marriage) or in Holy Matrimony (White/Church wedding). However, there is always a challenge (mostly for the male folks) in spite of their readiness. The challenge is financial related. 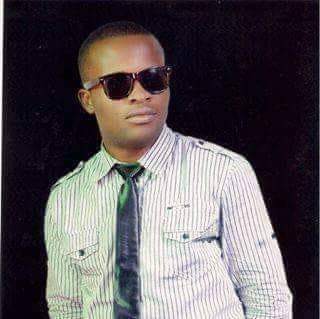 From personal observation and answers given to related question on, "Why are you still single?", in the past, most men are ready mentally, emotionally, spiritually and otherwise for marriage except financial readiness. That is, lack of money is one of the major reasons why some full blown adult males are still single till date.

Traditionally, whether a man has reached the age of marriage or not; whether the man loves the chosen lady or not, it is expected of him to see the family of the bride, officially introduce himself, collect the list containing the traditional requirements/items and provide same in due time, before he can be legally joined with the woman in marriage. 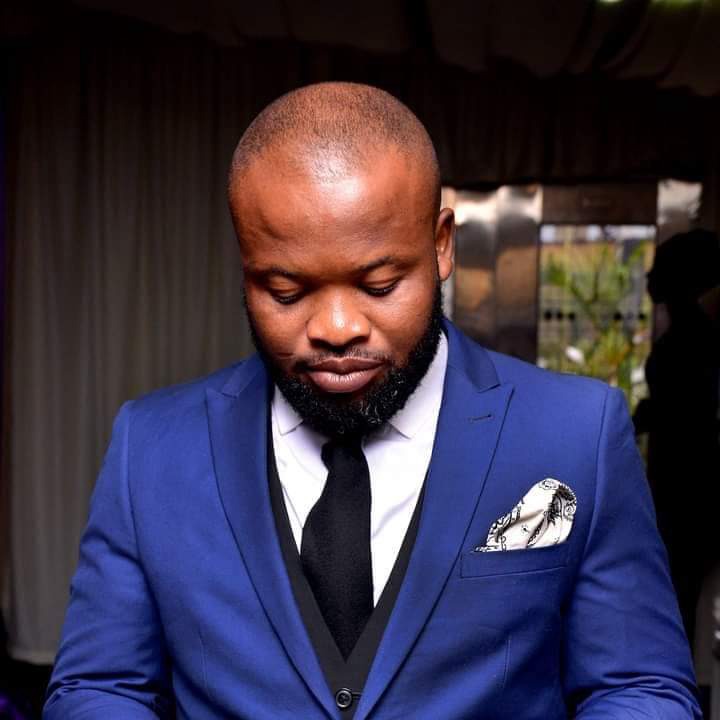 Meanwhile, marriage requirements in the African setting are changing from time to time. For instance, long decades ago, before a man would be allowed to marry a lady, he would had to test his masculine power through wrestling. Other times, he would be given a big portion of land to clear, cultivate before the lady in question would be given to him. The essence was to test the man if he is hardworking enough to take care of the needs of the lady when he eventually marry her.

Today, the story has changed. Most of it is financial related. Even though there is commonness amongst tribes and regions in the aspect of money, the momentary value and quantity vary from one tribe, region to another. 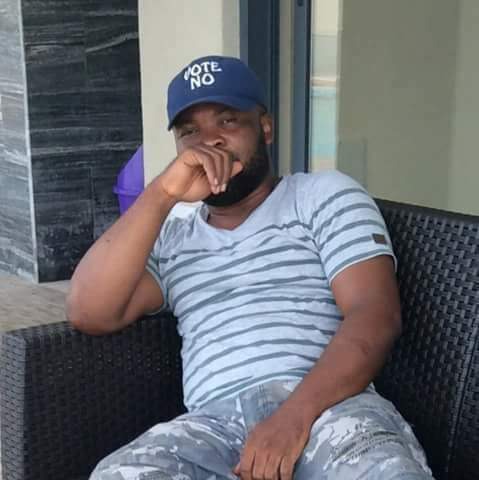 Nonetheless, there are times that a lady would be more well to do financially than the man in her life but due to societal expectations, she wouldn't have the eagerness to assist the man with money to pay her bride price and other requirements. 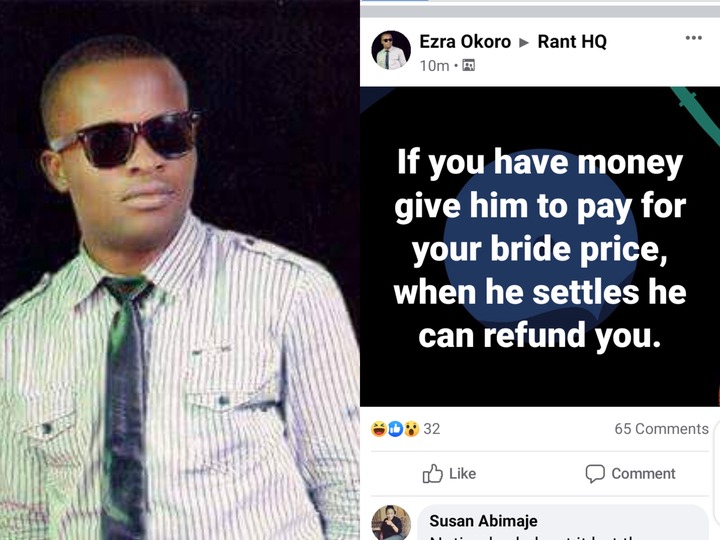 Consequently, Ezra having thought of the whole thing deeply, he feels that, societal expectations can be defied if the lady in question has enough money for the payment of bride price. He thought, "Why not assist the man to avoid marital delays?" He also stated the need for the man to pay back in the future when he has the money.

"If you have money give him to pay for your bride price, when he settles he can refund you." 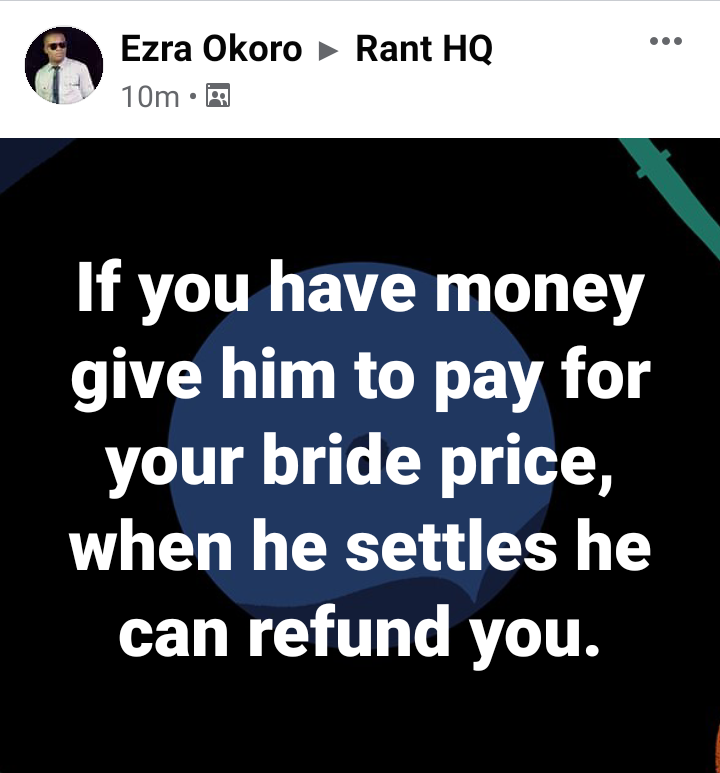 Considering the sensitivity of the issue raised by Ezra, the members of the group flooded the comment section of the post with all manners of reactions. As expected, the reactions were mostly from ladies

One Victoria disputed his advice, saying that it is an unwise thing for a lady to give a man money to pay for her bride price

Still on the same line of reasoning, Victoria feels that, no matter what, a man should be able to afford the bride price by himself before he can think of getting married.

Agatha in her disagreement state opined that, rather than do as the poster advised, she would get pregnant for the man without bride price and use the money to train the child.

Elizabeth bluntly stated that, there is no point for a man to think of marriage when he does not readily have the money to pay bride price.

Now, it is your turn to state your opinion. Do you find the advice of the man acceptable or unacceptable?

"This Is What El Rufai Said Under Jonathan, Lies Have Expiry Date"- Reno Omokri Calls Out El Rufai

7 Beautiful Video Vixens Who Have Entertained Us On Television