By BlacqBillGatez (self media writer) | 2 years ago

Even Michael Jackson couldn't get the woman he loved...We really can't get everything in life.. Micheal Jackson was so much in love with Diana Ross, who discovered and introduced him to the world. 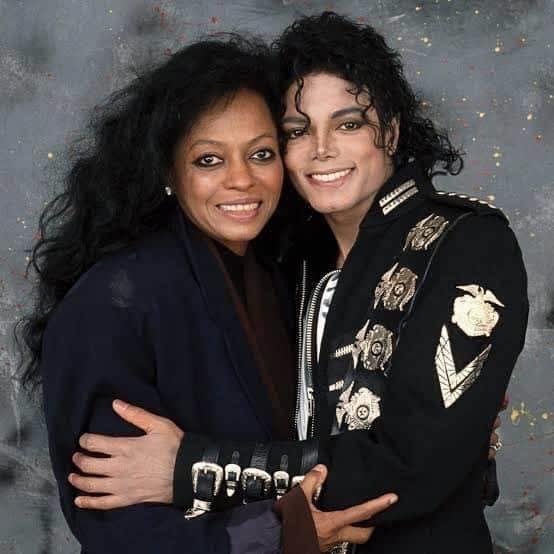 Diana Ross could be seen as One as Jada Pinkett who saw Michael as just “an Entanglement” because she was way too older than him ( 13 years) 😳 and she feared how she would be seen as being in love with a minor and how that would affect her Career as the “Queen B” as at that time. 🤔

Both of them were seen in all the public appearances together, that it was rumored that both of them were lovers not until Diana Ross broke his heart and married the love of her life in 1985. 😒 Michael didn't honour her invitation to their Wedding because he was devastated.

I don't know what happened between them but MJ was not the same after her marriage. He appeared to be happy and outgoing with Diana Ross He was not as shy. He went to studio 54 with her. He changed after her and I believe the way he felt about women had a lot to do with her.

He seperated from his wife after some years probably because he wasn't over with Diana Ross.

He was obsessed with her...🥰

No wonder he was considered a gay thereafter...🤷🏽‍♀️

What heartbreak can cause.😒

On his will, HE stated that his children should be left to the custody of DIANA after his Demise. 😞

Michael Couldn't reconcile with his legitimate wife Debbie Rowe after their Divorce before his death and Never married again.

Although he was speculated to be a gay but he was Never seem with any gay counterparts which discards the Speculation to be untrue.

Even after Diana Ross’ marriage to her husband, Michael was still obsessed with her till his death.

He took it to his grave and it looks like shes going to take it to hers. So much we'll never know....😔

This life has never been balanced 😏

Content created and supplied by: BlacqBillGatez (via Opera News )