Between this two notable musicians who do you think is more humble?

By MartinsGeneva (self media writer) | 2 years ago Ayodeji Ibrahim Balogun born on the 17th of July 1990 who's stage name is Wizkid is a yourba man who just turned thirty and is also a father of three to three different sons.The popular songwriter and musician started his singing career back then in 2001 with a group of his friends while he was still 11.He was later signed to a Music record label named Empire Mates Entertainment(E.M.E) back in 2009 on a contract which lasted for five years.His first lead single from his album superstar which he called "Holla at Your Boy" brought him to fame after it's release in January 2,2010.Ever since his debut release Wizkid has never failed his fans when it comes to releasing sweet music.The superstar artist has collaborated with few artists from across the globe which include banky W,Drake,Maleek berry,sarz,Legendary beats, Tiwa Savage, Saydee, Wande Coal,L.A.X.,Wale,Efya, Olamide and R2Bees. Wizkid has won the International Act:Africa three times in 2012,2015 and 2017.He also won BET Her for the song brown skin girl this year.He presently has three BET awards.His networth is estimated to be $12 million .Wizkid has been known over the years to be very humble what do you have to say about that? David Adedeji Adeleke was born on November 21,1992 who is popularly known as Davido is a father of three according to Wikipedia.He was born in the United States but was raised in Lagos,Nigeria. The songwriter and musician went to Oakwood University where he studied Business Administration but later dropped out to produce beats and record vocal references.Dating back to 2011,the artist came back to Nigeria and enrolled in Babcock University where he studied music he then released his first single in school titled back "Back When" this his first song didn't bring him to limelight.It was in 2012 when he released his first debut studio album called "Omo Baba Olowo" his second single "Dami Duro" from the album gained him limelight. Davido has been known to be a Multiple Award winner.He has won two MTV African Music Awards,two BET Awards,a Ghana Music Award,Five Headies Award,Seven Nigerian Entertainment Awards,a Nigeria Music Video Award,2 African Muzik Magazine Awards and many more.His networth is estimated to be $16 million. As of Feb 2020 an angry mother named Wunmi Praise took to her Instagram page to caution Davido for pushing and hitting her son in the chest while trying to take a selfie with the artiste.In the five-minutes video she told davido that she is a gospel music and that they are not poor, stating also that her son is not poor too.The gospel musician went further to tell him to humble himself like Wizkid,Teno,Kizz Daniel,AY and Okey Bakassi. 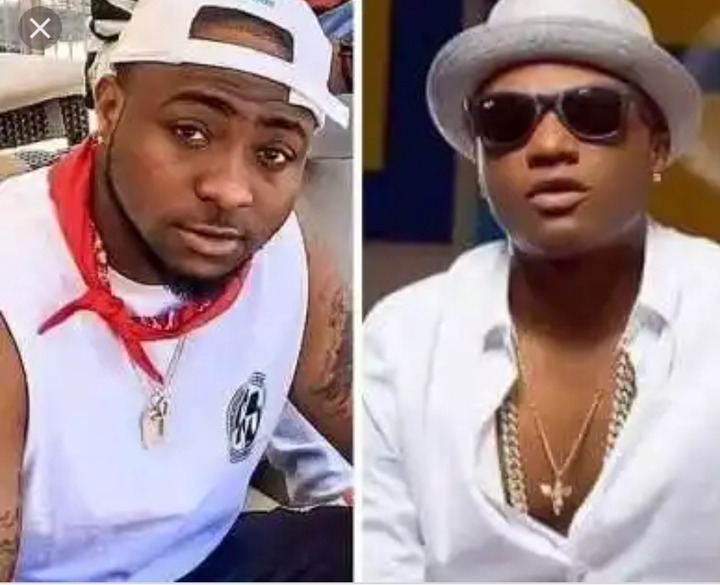 So between this two artist who do you think is more humble?kindly like,share and leave a comment at the comment section.