By ExcellentWriter | self meida writer
Published 6 days ago - 31 views

A man who has helped her girlfriend in school when her result was very poor, has taken to a Facebook group today to share his pains because of what the lady told him after he has assisted her to achieve her academic goal.

More often than not, some people get close to others not because they love the personality of the persons in question but because they want something from them. Put simply, some relationships are parasitic in nature. For some of us who have passed through one higher institution of learning or the other, such relationships may not be totally strange to us. Most times, those relationships end after the completion of the programme(s). 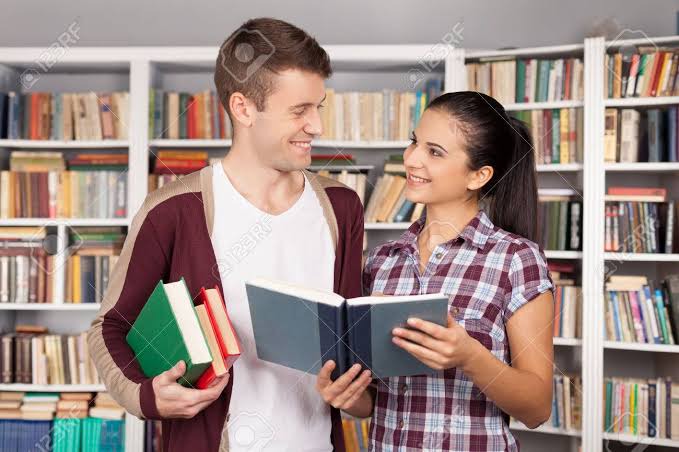 Sentiments aside, some ladies are fond of making friends with men in Campus just to gain something from them academically. When a man is intelligent and academically sound, most ladies flock around him either to he helped in the area of assignments, tests or examination. In this regard, men seem to be very understanding and sacrificial.

Though not all the time, most ladies live their lives on the premise of dependency. It is common to find ladies who depend on men for one or more of their needs than otherwise. That is why the fight for equality between men and women cannot be fully achieved (not in places like Nigeria). 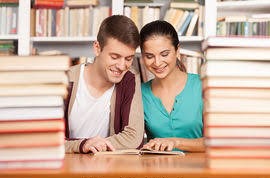 Meanwhile, according to the story he shared under the ground of Anonymous, he met a particular lady in school when he was running his Higher National Diploma(HND) programme. When he met the lady in his first year, her result was nothing to write home about. One thing led to another, they became friends. 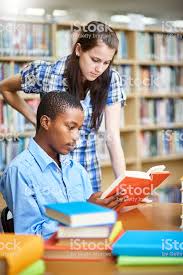 While piloting the affairs of their friendship, he willingly helped her academically, which ended up boosting her result. According to him, they were living together as at that time. Nature had a grip on him. Eventually, he ended up falling in love with her. Interestingly, when he was having the hope of them having a relationship, she confronted him and told him that, the relationship they had is over, that she has gotten what she wanted.

"The problem now is that she opened up to me that, she have gotten what she want that the relationship is over. " - The man revealed. 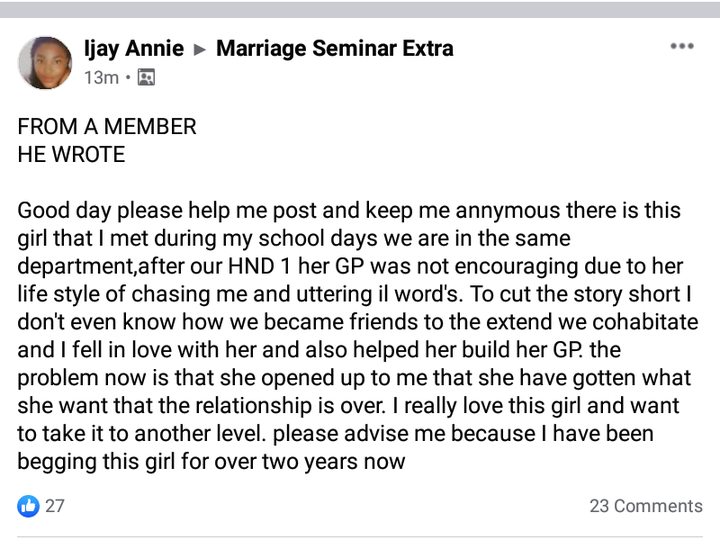 Apparently, the lady only used her to achieve her academic goal. As demanded by him, the post succeeded in attracting some advice from the members of the group.

See the screenshots below for some of the advice they gave to him: 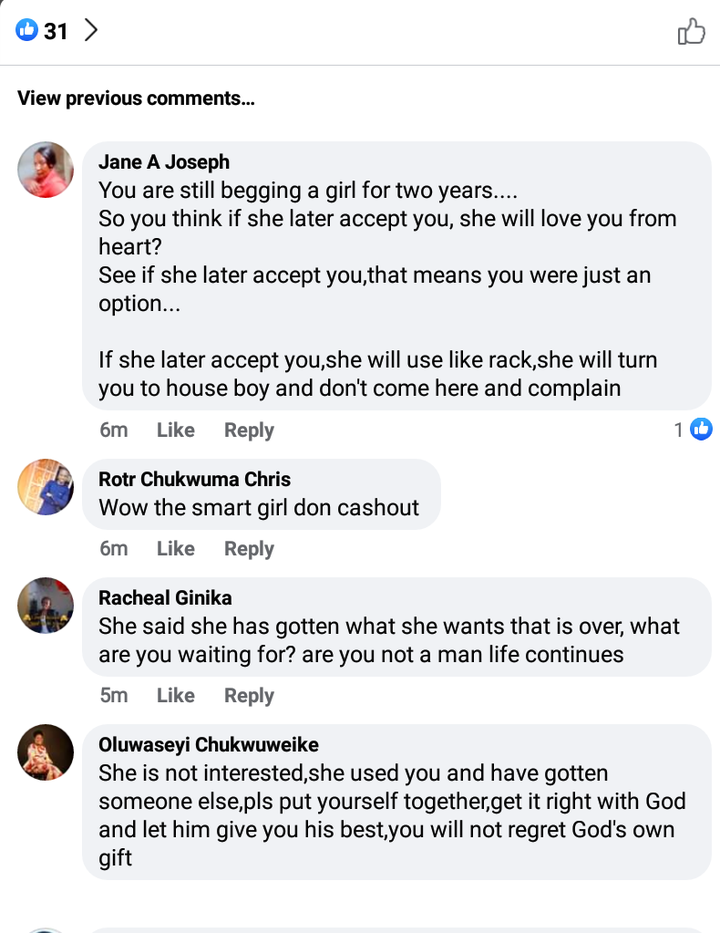 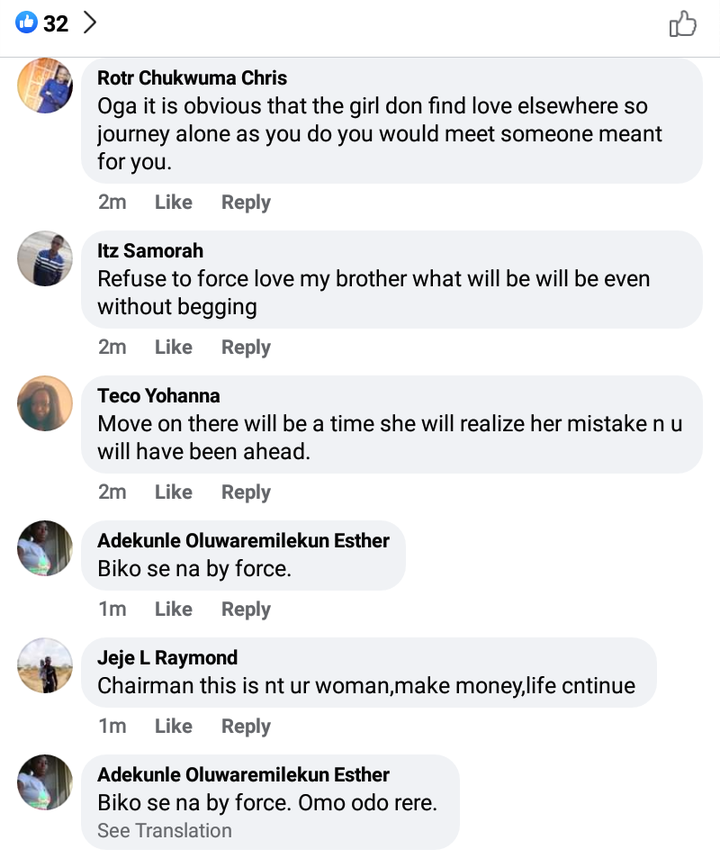 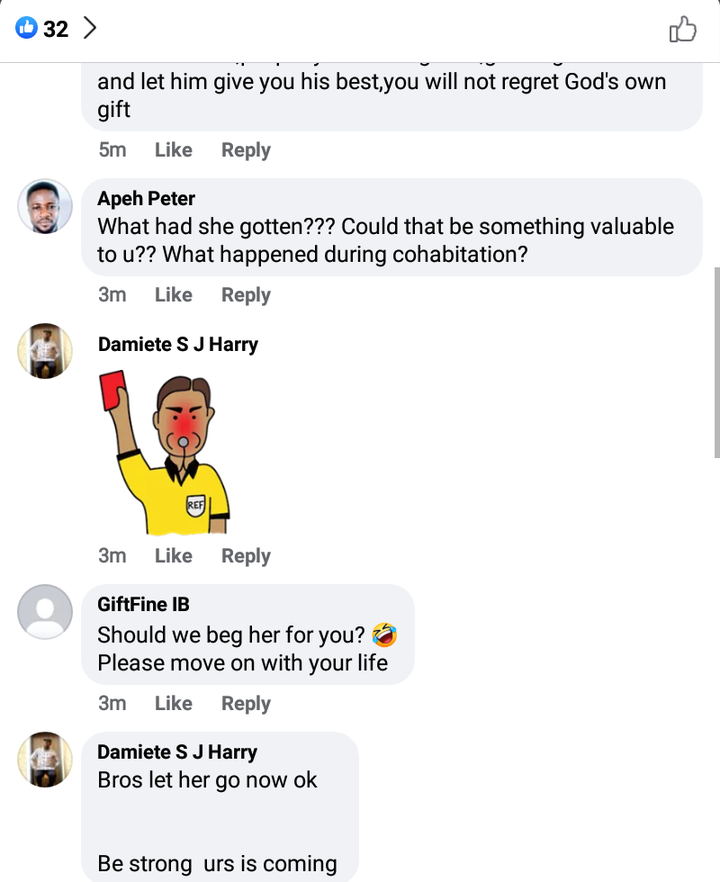 Most people have always blamed men in the aspect of dating relationship with statements like, "men are wicked/heartless". In this case, how can we describe what the lady did? Should we say that she is smart to have used the man and left him after he has fallen deeply in love with her?

how old is jackie chan lemon fruit r&s lotto prediction today sarz ft wurld mad mp3 download weather forecast lagos
Opera News is a free to use platform and the views and opinions expressed herein are solely those of the author and do not represent, reflect or express the views of Opera News. Any/all written content and images displayed are provided by the blogger/author, appear herein as submitted by the blogger/author and are unedited by Opera News. Opera News does not consent to nor does it condone the posting of any content that violates the rights (including the copyrights) of any third party, nor content that may malign, inter alia, any religion, ethnic group, organization, gender, company, or individual. Opera News furthermore does not condone the use of our platform for the purposes encouraging/endorsing hate speech, violation of human rights and/or utterances of a defamatory nature. If the content contained herein violates any of your rights, including those of copyright, and/or violates any the above mentioned factors, you are requested to immediately notify us using via the following email address operanews-external(at)opera.com and/or report the article using the available reporting functionality built into our Platform 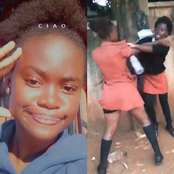 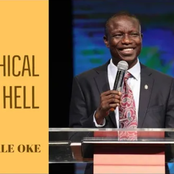 Check Out The Photos Priscilla Shared On Instagram That Got Mercy, Iyabo Ojo & Other Fans Talking 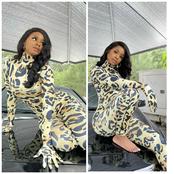 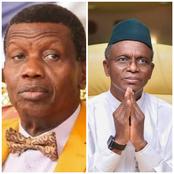 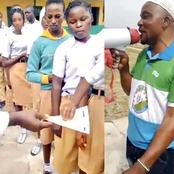 18 Years After They Met, Couple Goes Back To Their Secondary School For Pre-Wedding Photos 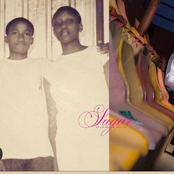 Meet The Pretty Daughter Of NURTW Boss, MC Oluomo Who Is A Professional Nurse 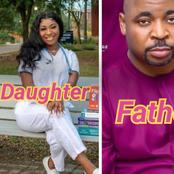 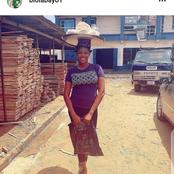 Pastor Nicodemus recounts being shaped by his father 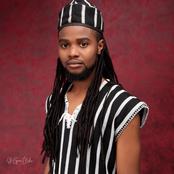 Checkout One Of The Girls Apostle Chibuzor Of OPM Sponsored, She Is Now A Medical Doctor 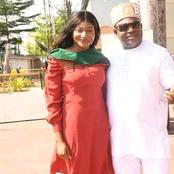