By Ivar'slovezone (self media writer) | 19 days ago

Furthermore, in order not to bore you with too many words, I am going to reveal to you some false things Marvel made us believe about Loki, the God of Mischief:

1. Hela, the goddess of death is his step-sister:

Anyone who has watched Thor: Ragnarok would remember how Hela (or Hel in the Norse mythology) identified herself as the daughter and first child of Odin, and also as to how she called "Thor and Loki" her junior siblings. 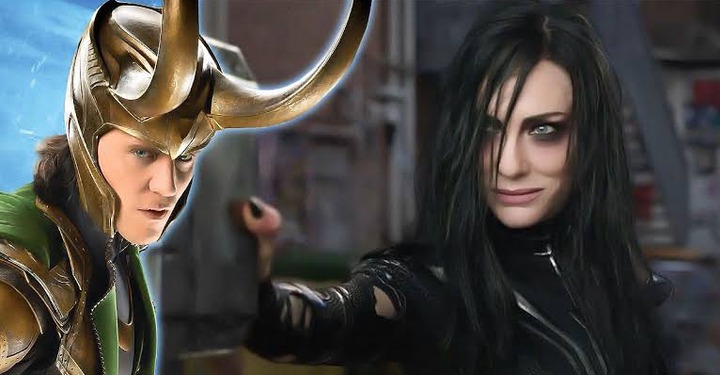 But this is not true, in the Norse mythologies, Hela is the daughter of Loki, and not his sister as Marvel makes us believe.

Marvel has made us believe that Odin adopted Loki to be his son during the war with frost giants, but that's not entirely true if you're to look at it from a mythological point of view.

According to Norse mythology, Loki is not the adopted son of Odin, rather he is the son of a celestial being called Farbauti and a goddess called Laufey.

3. Thor was his blood brother:

In the Marvel universe, we have already come to identify Loki and Thor as inseparable brothers; but that's not the truth if you're to look at it from a mythological point of view.

Furthermore, according to Norse mythology, Thor is not the brother of Loki; Loki's brothers are none other than two individuals who have been identified as Byleistr and Helblindi.

4. The wolf, Fenrir, that Hela used in destroying Asgard was her pet:

This is another place where Marvel got it all wrong. If you have seen the movie, Thor: Ragnarok, you would come across the scene where Hela released a black wolf, Fenrir, from its chains and started treating it as her pet.

But that's not the truth; in Norse mythology, Fenrir is the son of Loki and a female giant named Angerboda; and not the pet of the goddess of death (Hela).