By Maxidel (self meida writer) | 9 days 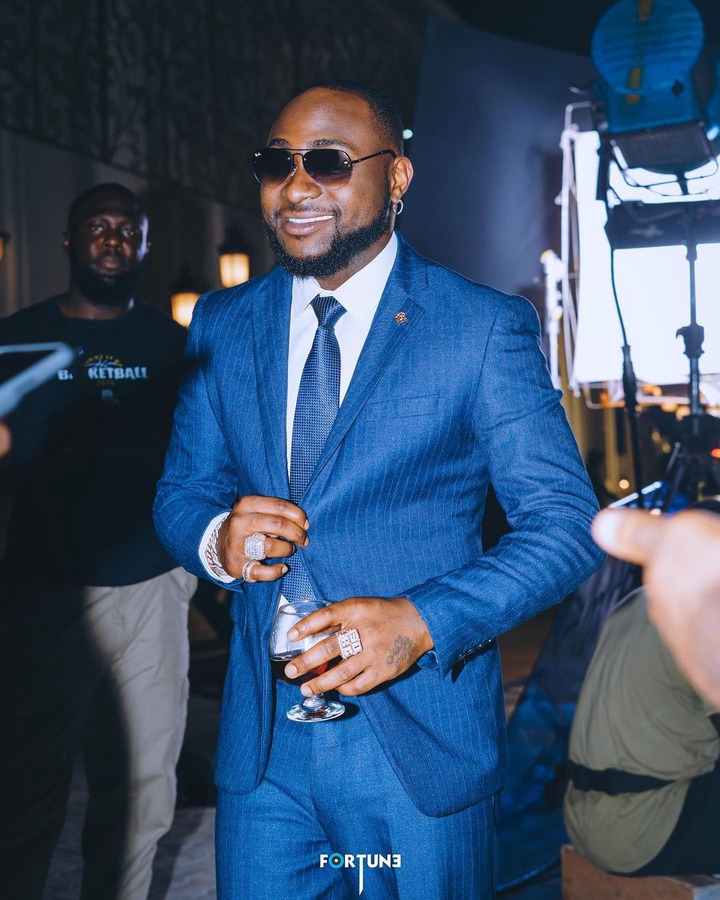 His hits songs, multiple awards and sold out shows makes him one of the most decorated African artiste.

Since his break through in 2012 with one of his most hit songs "Dami Duro",

Davido has been a consistent influence in the music industry.

He recently dropped his fourth studio album titled "A Better Time" a 17th track album and so far he has done videos on only 3 songs off the album.

However, he is set to drop another video off the album titled "La La".

"La La" is the 12th track on the album and with him on the song is Nigerian singer 'CKay'.

Davido made this announcement through a video teaser and plenty of words on his Instagram page. 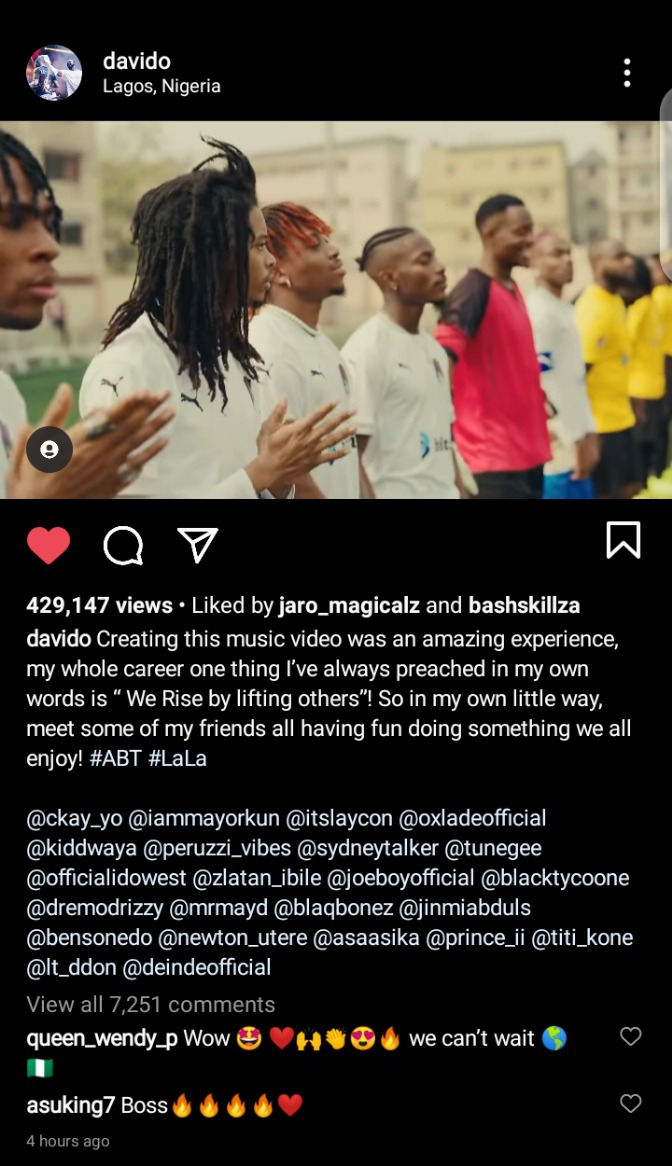 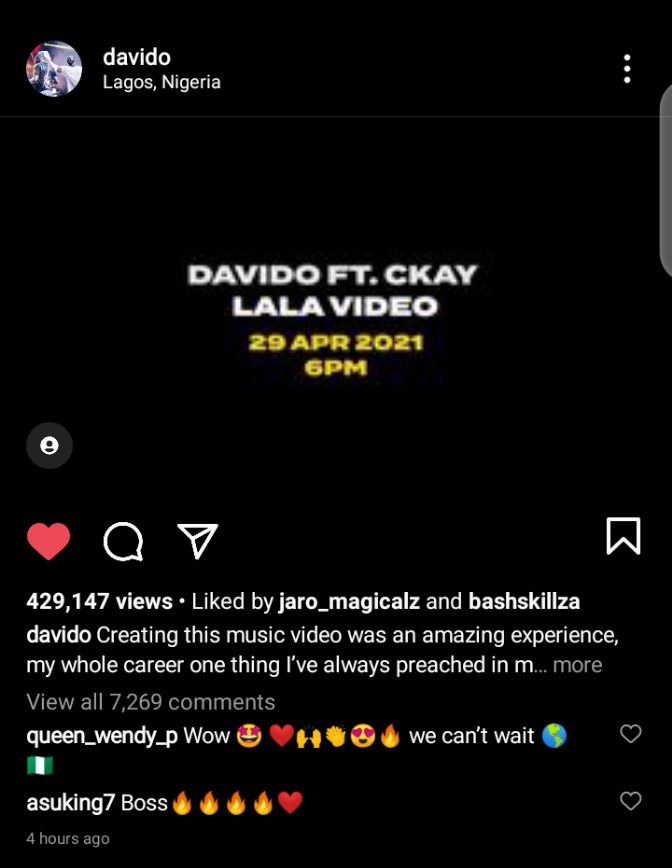 Since the announcement was made some hours ago, fans have been reacting to the impending video; 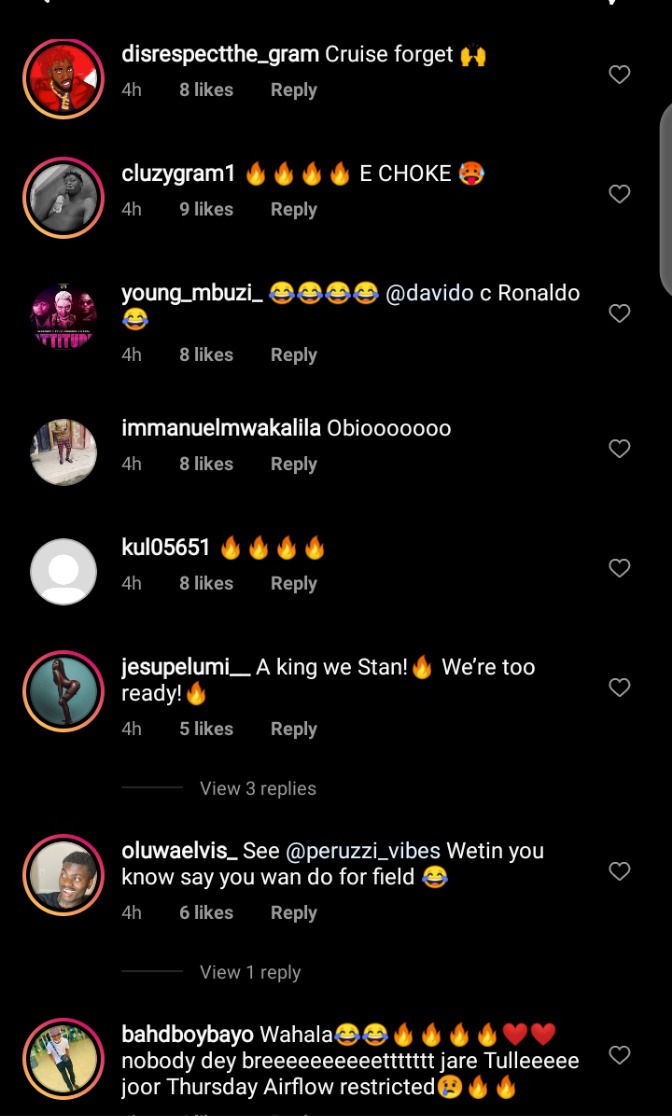 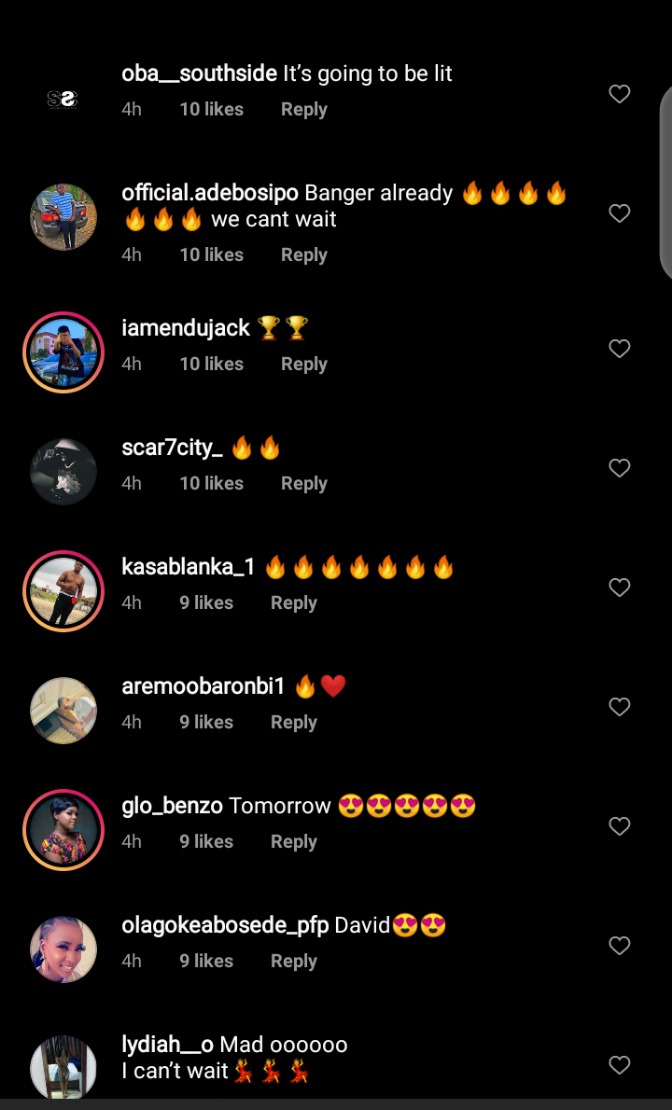 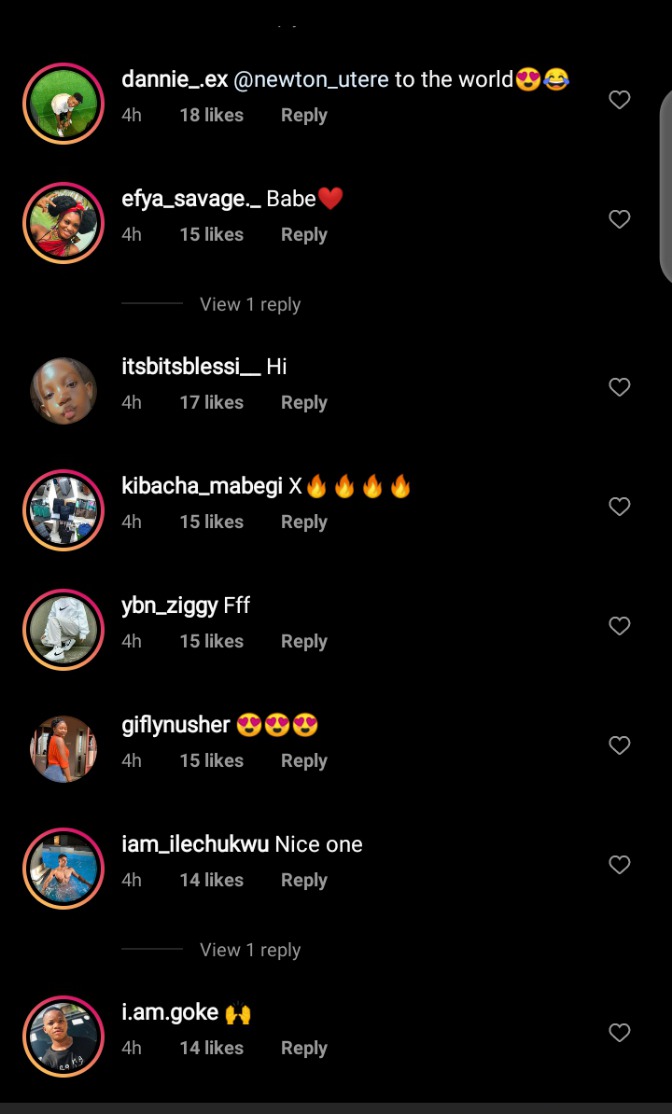 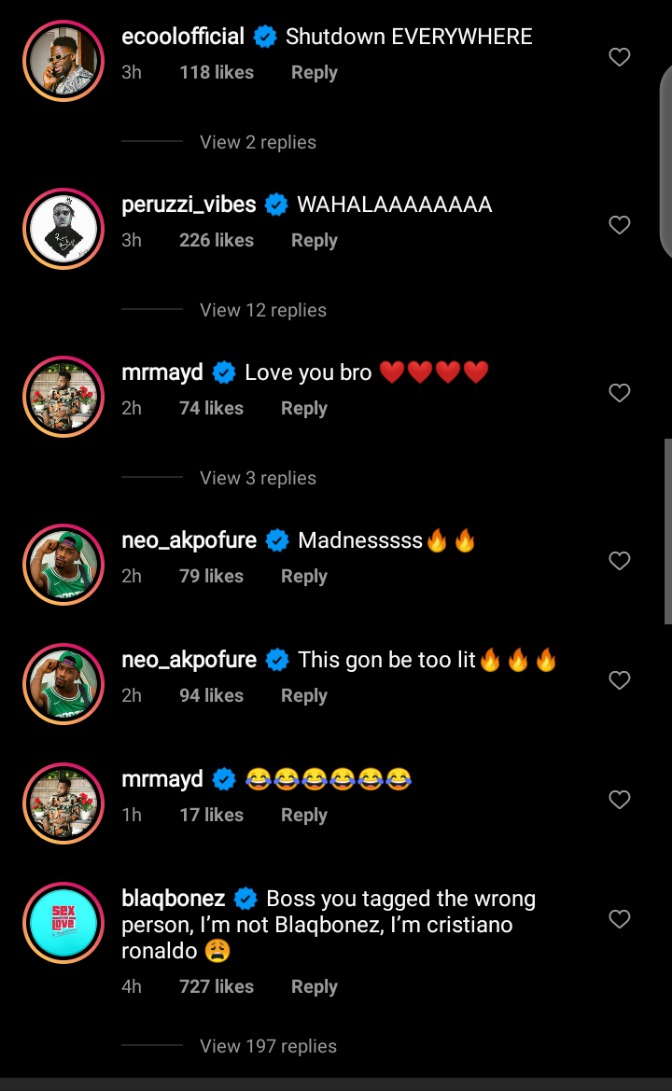 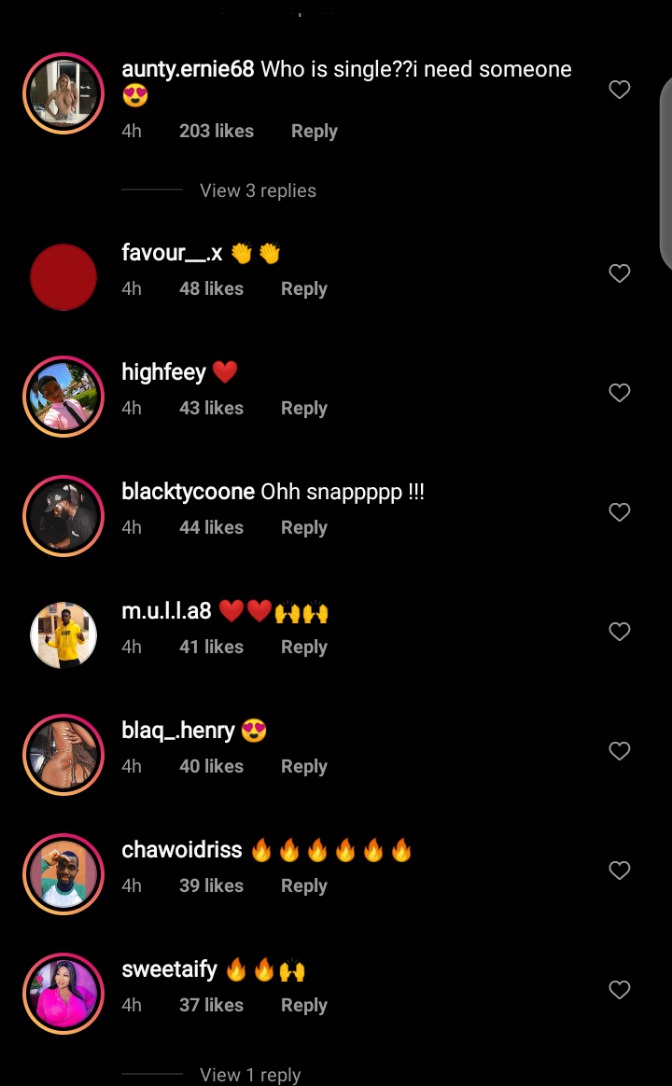 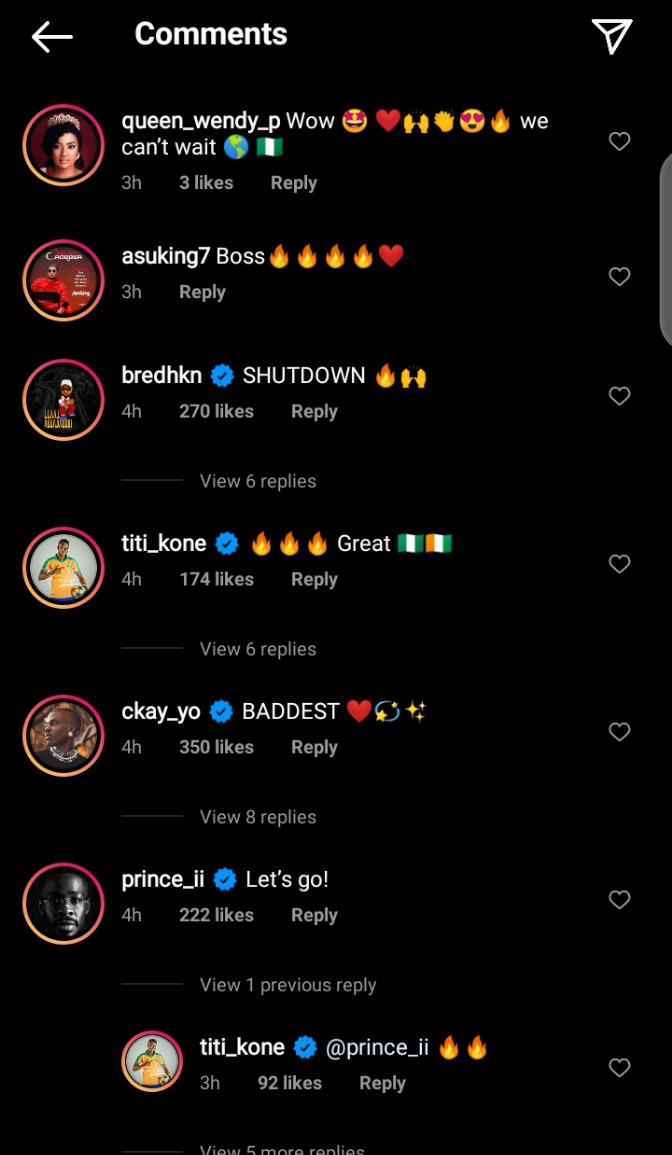 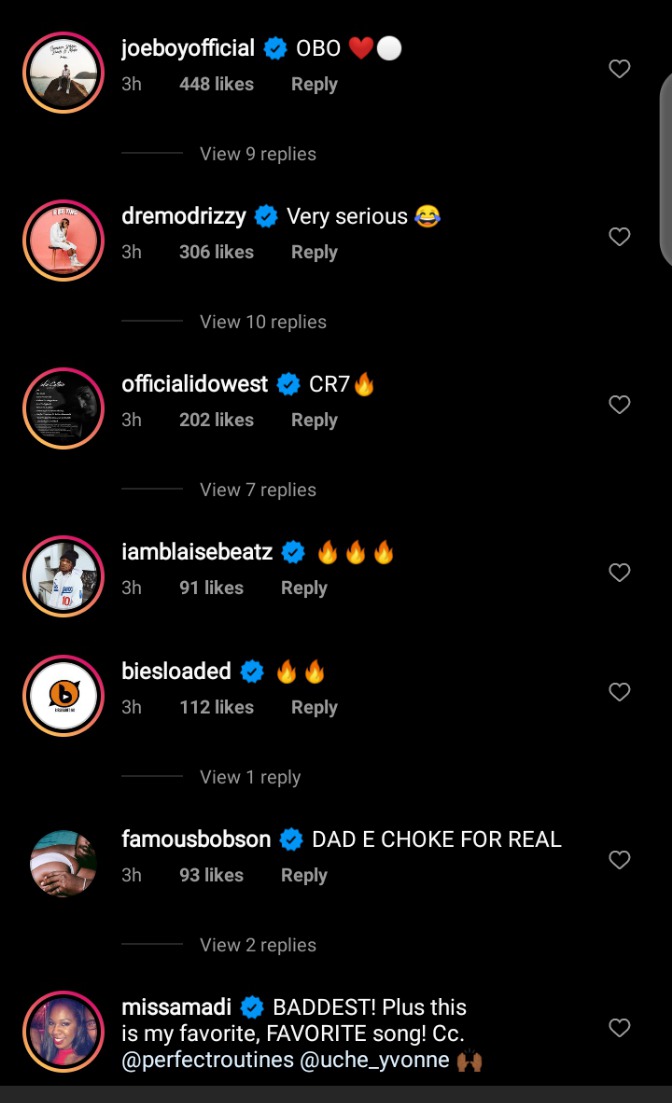 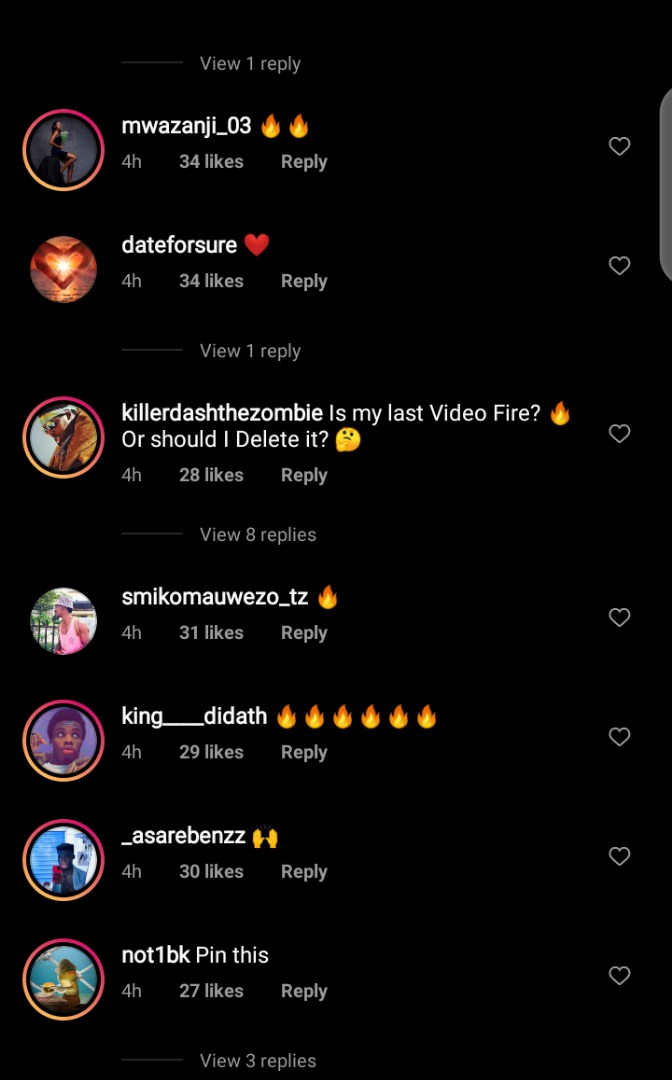 Knowing Davido, fans believe the video will not disappoint.

Davido opines that we rise by lifting others and such is the case as he constantly surrounds himself with plenty of people.

Going by his caption and video teaser, we expect to see a number of his friends in the video. 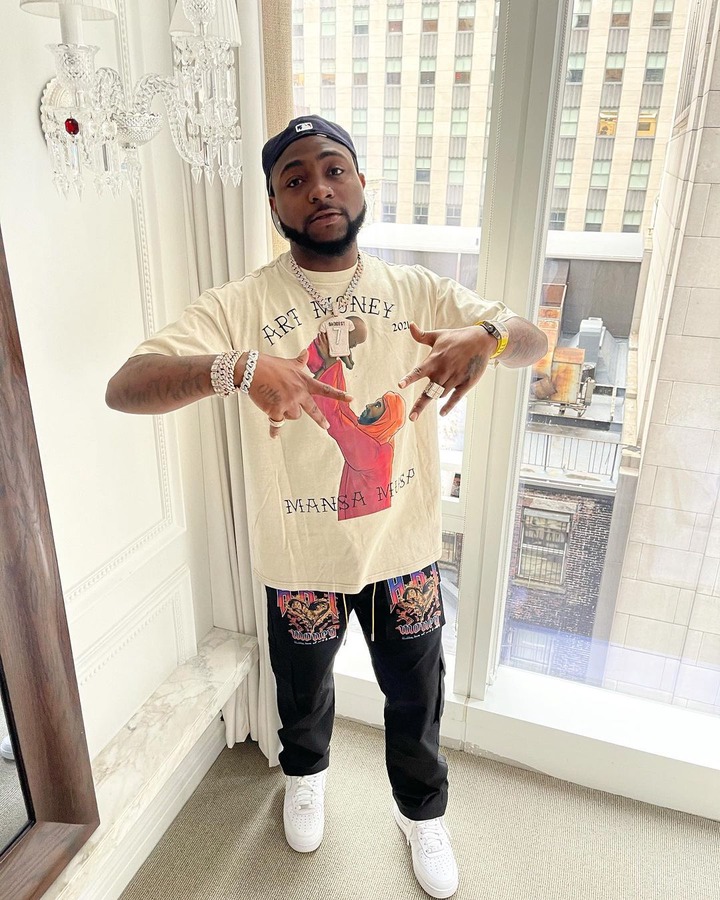 Check out the video teaser on his Instagram page

Between Tonto Dikeh And Genevieve Nnaji Who Got The Best Style?