By Sooth (self media writer) | 7 months ago

Below are the top 10 hood movies you should see 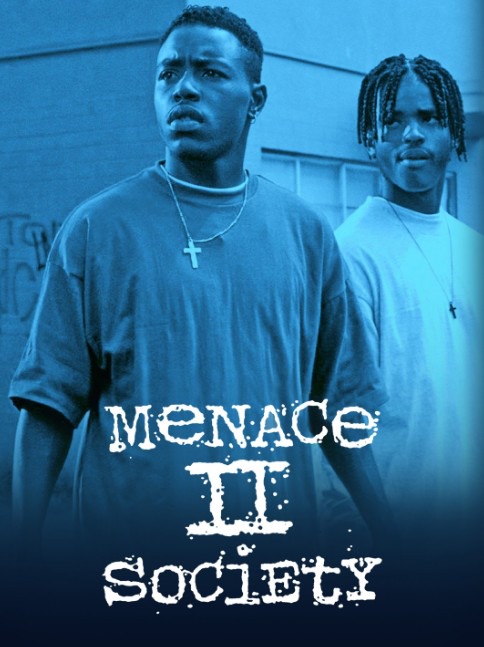 Menace II Society is a 1993 American teen hood drama film directed by Allen and Albert Huges in their film directorial debut. It stars Tyrin Turner,Jada Pinkett, Larenz Tate and Samuel L Jackson. The film is set in Watts, Los Angeles and follows the life of a young man named Kaydee "Caine" Lawson and his close friends. It gained notoriety for its scenes of violence, profanity and drug-related content. It also received critical acclaim for the performances of Tyrin Turner and Larenz Tate, the direction, and its realistic portrayal of urban violence and powerful underlying messages. 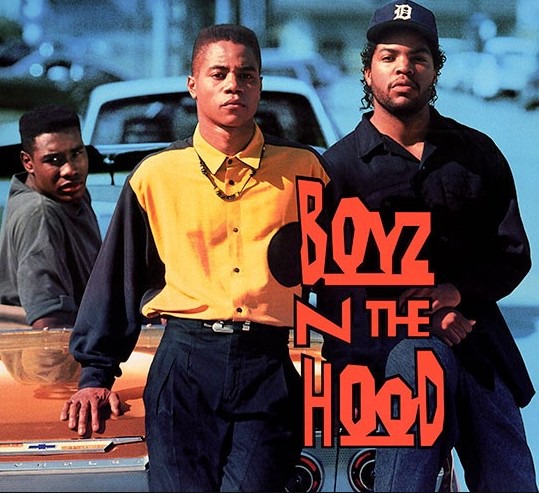 Boyz n the Hood is a 1991 American coming of age hood drama film written and directed by John Singleton in his feature directorial debut. It stars Ice Cube, Cuba Gooding Jr, Morris Chestnut, Laurence Fishburne, Nia Long, Regina King and Angela Bassett Boyz n the Hood follows Tre Styles (Gooding Jr.), who is sent to live with his father Furious Styles (Fishburne) in South Central Los Angeles, surrounded by the neighborhood's booming gang culture. The film's title is a double entender; a play on the term boyhood and a reference to the 1987 N.W.A rap song of the same name, written by Ice Cube. 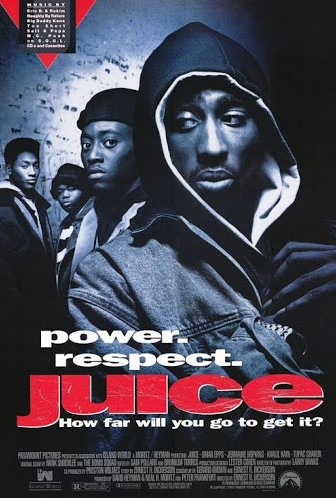 Juice is a 1992 American crime/ thriller film directed by Ernest R. Dickerson, and written by Dickerson and Gerard Brown. It stars Omar Epps, Tupac Shakur, Jarmine Hopkins and Khalil Caine. The film touches on the lives of four black youths growing up in Harlem, following their day-to-day activities, their struggles with police harrasment, rival neighborhood gangs and their families. The film is the writing and directing debut of Dickerson and features Shakur in his acting debut. The film was shot in New York CIty, mainly in the Harlem area, in 1991. 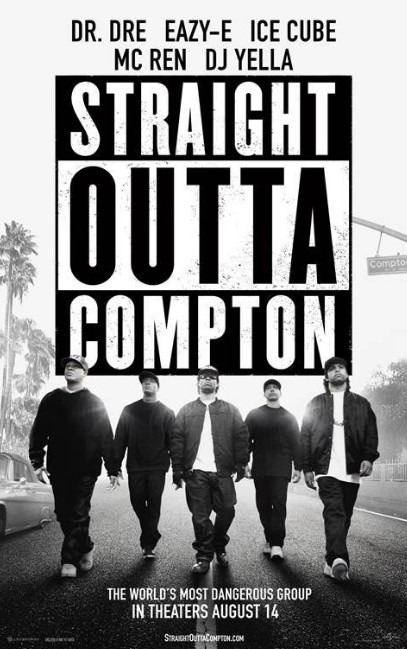 Straight Outta Compton is a 2015 American bographical drama film directed by F. Gary Gray, depicting the rise and fall of the gangsta rap group N.W.A and its members Eazy-E, Ice Cube and Dr. Dre. The members of N.W.A were involved in the production of the film, including Ice Cube and Dr. Dre as producers, as was Eazy-E's widow, Tomica Woods-Wright, while MC Ren and Dj Yella served as creative consultants. Ice Cube is played by his real-life son,O'Shea Jackson Jr., with Corey Hawkins as Dr. Dre and Jason Mitchell as Eazy-E. Paul Giamatti also stars as N.W.A's manager Jerry Heller. 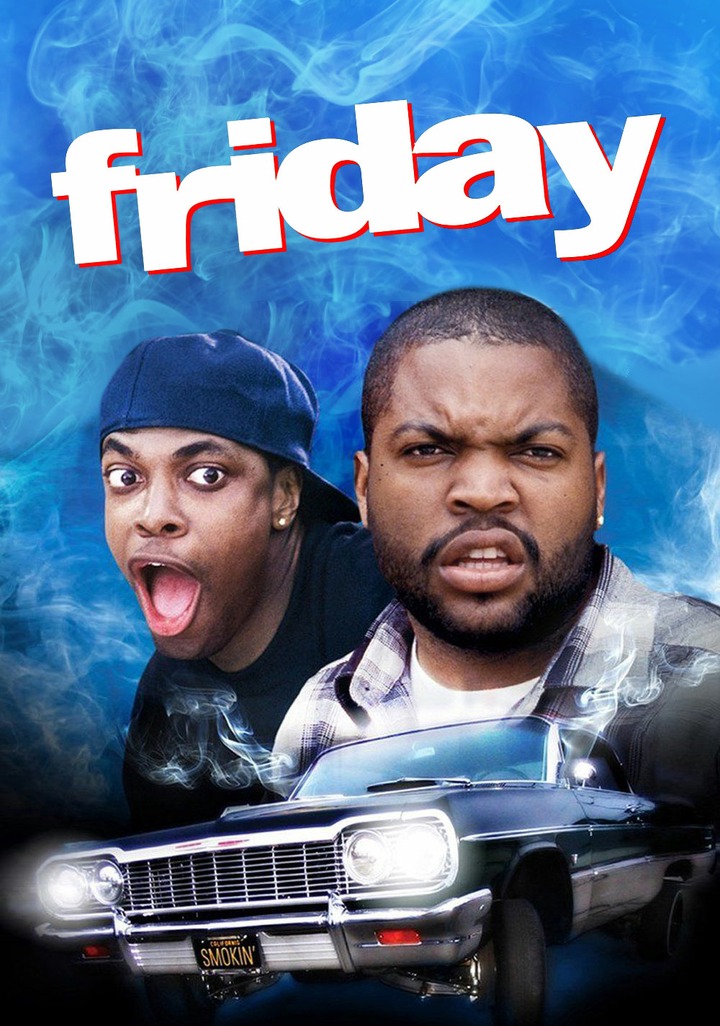 Friday was theatrically released in the United States on April 26, 1995. It received positive reviews from critics, many of whom praised the comedic sequences, writing, and acting performances. The film was also a commercial success, grossing $27 million worldwide. It has subsequently obtained a large cult following, inspiring an internet meme and several pop-cultural references. The film launched a media franchise that includes the sequels Next Friday (2000) and Friday After Next (2002). The sequels have also gained a cult following status despite their negative reviews. 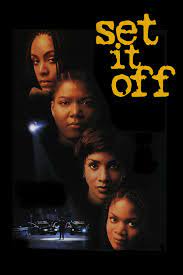 Set It Off is a 1996 American crime/ action/ heist film directed by F. Gary Gray and written byKate Lanier  and Takashi Bufford. The film stars Jada Pinkett, Queen Latifah,  Vivica A. Fox, and Kimberly Elise (in her film debut). It follows four close friends inLos Angeles, California, who decide to plan and execute a bank robbery. They decide to do so for different reasons, although all four want better for themselves and their families. The film became a critical and box office success, grossing over $41 million against a budget of $9 million. 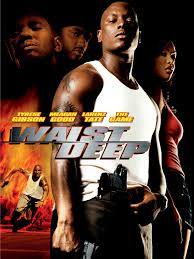 Waist Deep is a 2006 American action dramafilm directed by Vondie Curtis-Hall and starring Tyrese Gibson and Meagan Good. It is loosely based on the 1967 film Bonnie and Clyde, including some similar subplots including the two main characters on the road, trying to avoid police, and committing bank robberies. 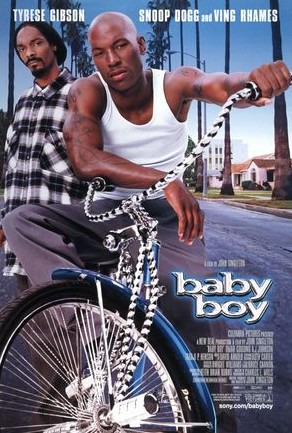 Baby Boy is a 2001 American coming-of-age hood film written, produced, and directed by John Singleton. The film follows bicycle mechanic Joseph "Jody" Summers as he lives and learns in his everyday life in the hood of Los Angeles.

It was the film debut of actress Taraji P. Henson and R&B singer Tyrese Gibson. Gibson and Henson later starred in the film Four Brothers. The film, originally set to star Tupac Shakur, instead switched to Gibson after Shakur's death in 1996. 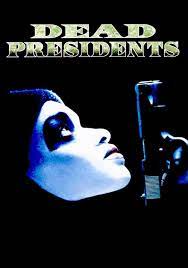 Dead Presidents is a 1995 American crime/ drama/ thriller film co-written, produced, and directed by Albert and Allen Hughes. It stars Larenz Tate, Keith David, Chris Tucker Freddy Rodriguez, N'Bushe Wright, and Bookem Woodbine. The film chronicles the life of Anthony Curtis, focusing on his teenage years as a high school graduate and his experiences during the Vietnam War as a Recon Marine. As he returns to his hometown in The Bronx, Curtis finds himself struggling to support himself and his family, eventually turning to a life of crime. 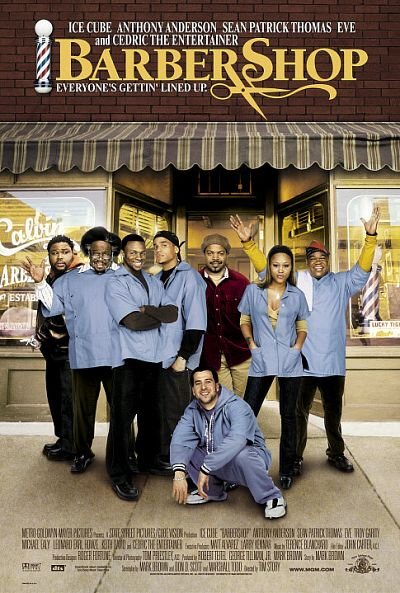 Babershop was released on September 13, 2002 by MGM Distribution Co.. It received positive reviews from critics, with praise going to the performances of the cast, but faced heavy criticism directed at the script. Nevertheless, it went on to become a major commercial success, grossing $77 million worldwide on a $12 million production budget, launching the careers of then-acting newcomers Eve and Ealy.

Content created and supplied by: Sooth (via Opera News )