By Fawziyahmedia (self media writer) | 1 year ago

Losing ones father is one of the most painful thing on earth.

The two Nollywood celebrities who lost their fathers are Aishat Raji and Olamilekan Ayinla. 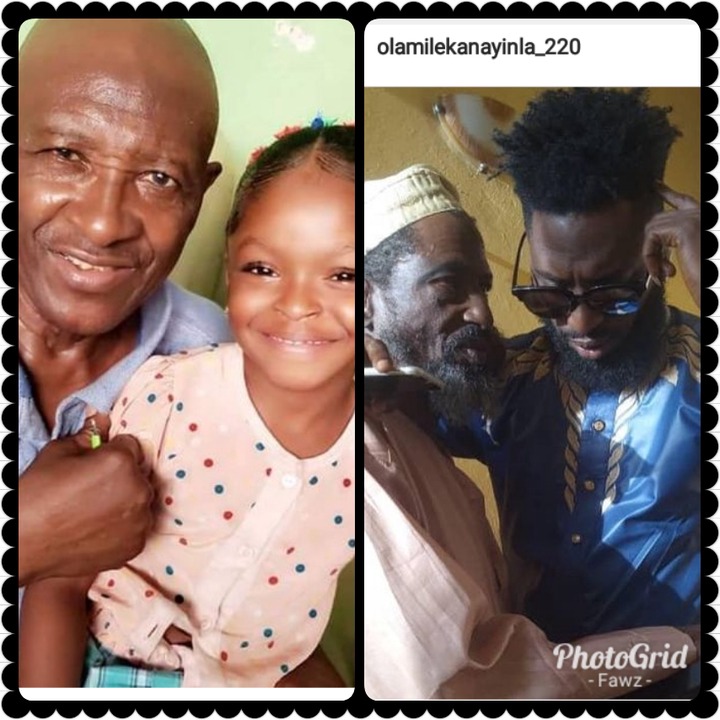 Aisha Raji is an award winning Nollywood actress and movie producer who started her acting career recently took to her instagram page to mourn her father, she posted different pictures of her and her father,she also uploaded a picture where the alfas were praying on the deceased and finally after 8days she showed the picture of the cow which will be to slaughtered for the burial ceremony.

We pray God grant him an eternal rest.

See some pictures and some celebrities reactions below: 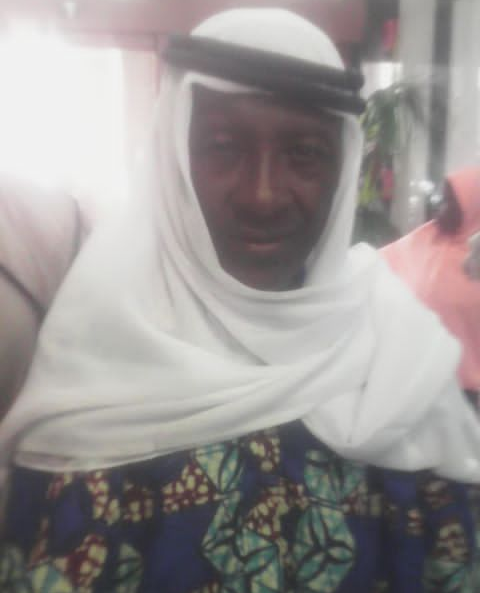 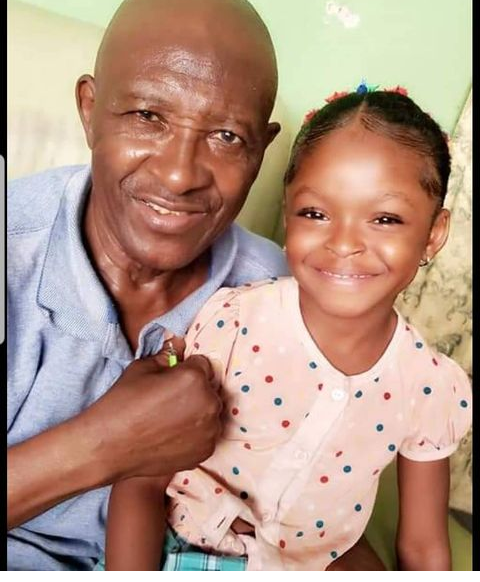 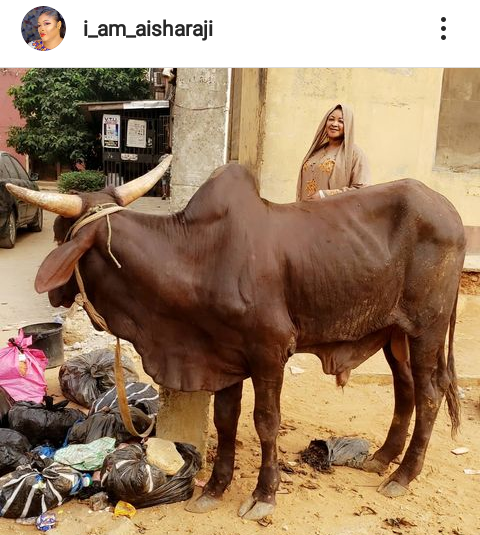 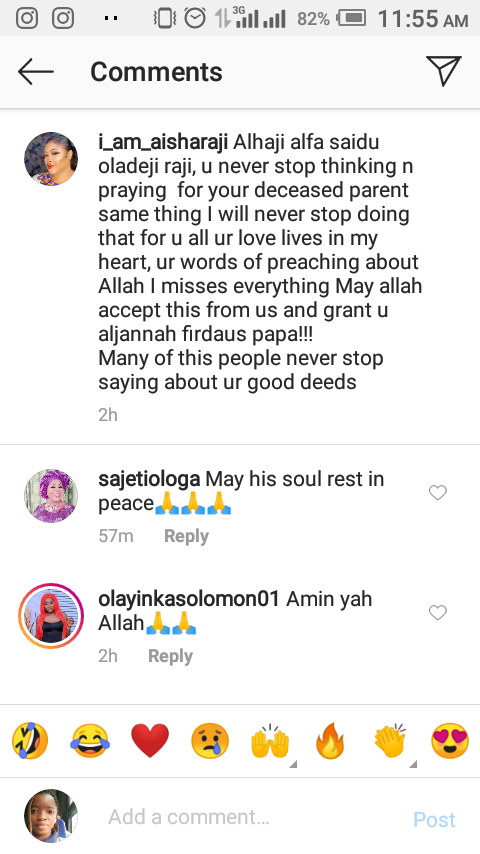 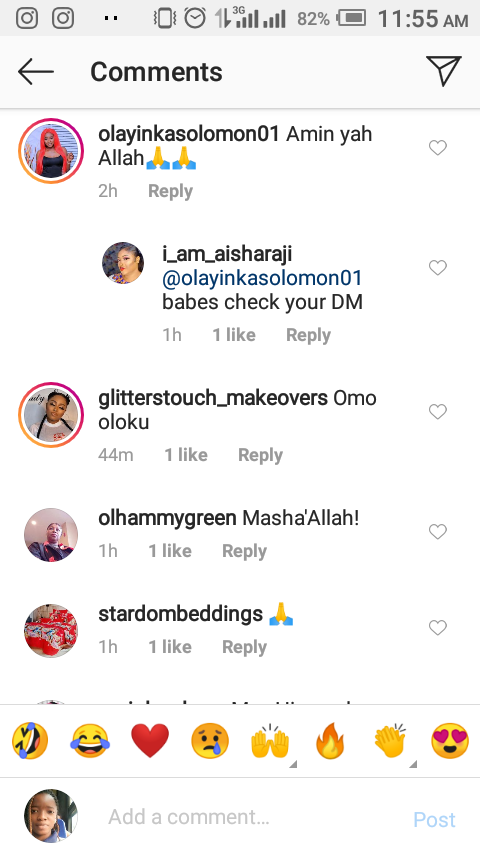 Olamilekan Ayinla is also a Nollywood actor and a movie producer who has featured in numerous movies and has also work with many top celebrities like Bolanle Ninalowo, Odunlade Adekola,Sanyeri, Madam Saje,Fathia Balogun and many others.

Not long ago Olamilekan Ayinla recently shared the picture of him and his father telling all how much he loves his father and about two weeks from that time the news of his father's death surfaced the social media.

Nothing can be compared to father's love,the Father died around January and few days ago was Olamilekan Ayinla's birthday the talented actor was very emotional and he said nobody could act the role of ones father perfectly other than ones father, Every birthday celebrated by him his father was always the first person to contact him on phone to wish him and prayed for him then afterwards the phone will be transferred to Eleha...Now nobody to that to him again he said in a sad voice.

He also shared the burial video of his father showing where people Carried the father for burying.

We pray Allah give him the fortitude to bear the irreplaceable loss.

See some pictures below: 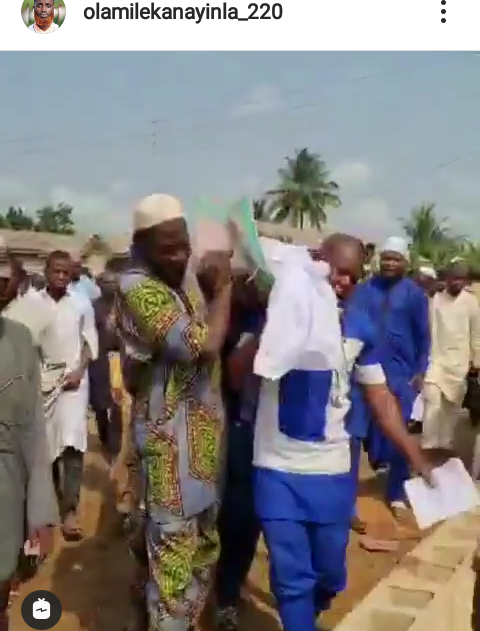 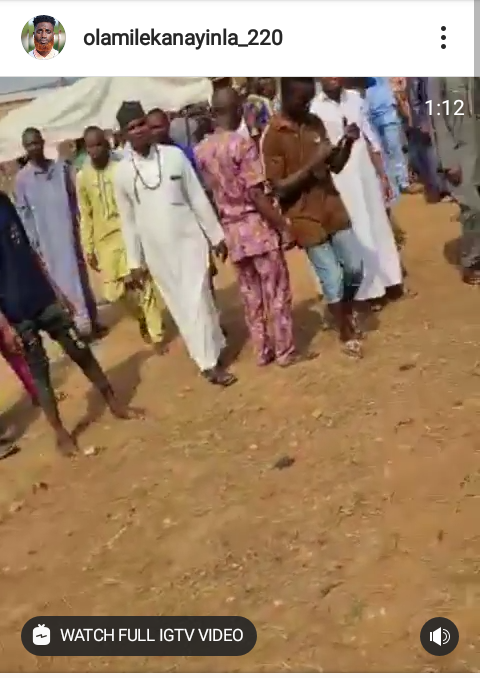 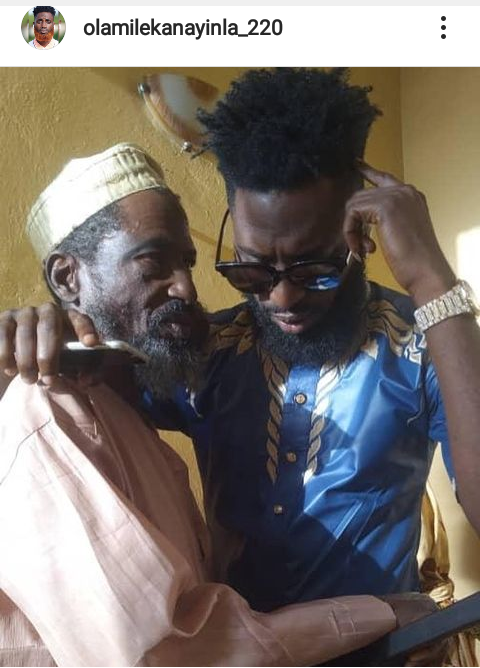