By Davmasblog (self media writer) | 2 years ago

Popular musician,Ayodeji Ibrahim Balogun, popularly known as Wizkid by his million of fans across the world is no doubt one of Nigeria's biggest name in the music industry. To celebrate Wizkid's birthday, I have put together 10 facts you should know about him.

1. Wizkid was born 16 July 1990, he hails from Lagos state and is from a family of six. He is the last and only son of the family. 2. Wizkid started singing at the tender age of eleven with the stage name "Lil Prinz", he als formed a musical group known as the Glorious Five. This group released an album in church. 3. Wizkid's first Album was with his musical group (Glorious Five) and it sold about 10,000 copies. 4. Wizkid had his first ever studio recording at the age of 11 with OJB Jezreel. 5. Wizkid was song writing and also recieving guidance from Naeto C at age 15. 6. He changed his stahe name from Lil Prinz to Wizkid in the year 2006. 7. Before wizkid was well known, he was opportuned to meet top artists like 2baba, Sound Sultan and Naeto C. 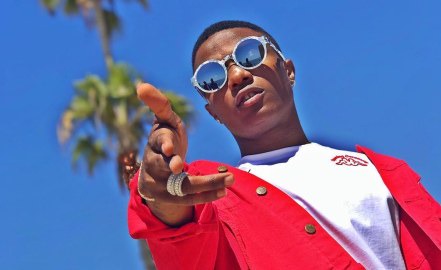 10. Wizkid welcomed his First son named Boluwatufe in 2011. He has three currently.

Bonus: Wizkid is a Living Legend

Let's all wish Starboy a Happy Birthday in the comment box.