Top 10 Rappers That Passed Away At A Young Age.

By Corrosive (self media writer) | 2 years ago 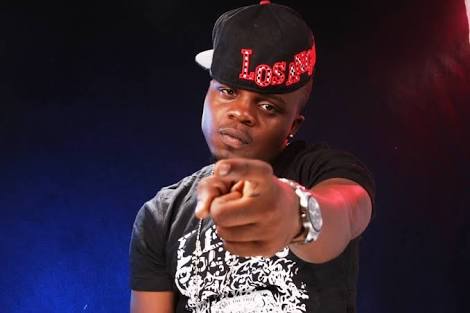 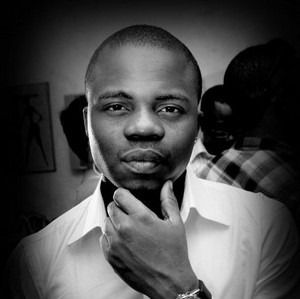 Oladapo Olaitan Olaonipekun, also known as Dagrin (25 October, 1984 - 22 April, 2010), was a Nigerian rapper from Ogun state. His music talk about ethnicity, pride while surviving the street of Lagos and a hint of criticism elderly people hurl against bad behaviour.

The Pon Pon Pon crooner died on April 22, 2010, from complications arising from injuries he sustained in a ghastly motor accident, after his car ran into a truck around 3 a.m. at Mushin, Lagos State. 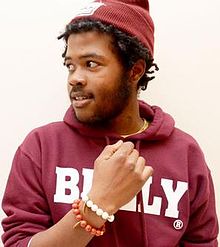 Courtney Everald "Jamal Dewar Jr (July 7, 1993 - December 24, 2012), better known by his stage name as Capital Steez, was an American rapper and song writer from Brooklyn, new York. He was the founder of the Brooklyn-basez rap collective Pro Era along with childhood friend Joey Bada$$.

On the night of December 23, 2012, Capital Steez made his way to the rooftop of the cinematic Music Group headquarters in Manhattan's Flatiron District, where he texted a few of his closest friends to tell them that he loved them, and at 11:59 p.m. EST, posted a tweet saying, "The end." He committed suicide by jumping off the rooftop of the Cinematic Music Group building later that night. 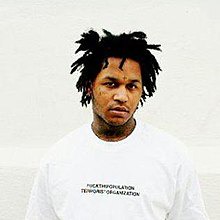 On the evening of January 19, 2018, at around 11:30 p.m. local time, Santana's girlfriend discovered him unresponsive at their home in Reseda, Los Angeles. Shortly after, Santana was pronounced dead. He had suffered a fatal seizure, and an autopsy revealed he had developed cardiovascular disease in addition to the previous condition he suffered from. 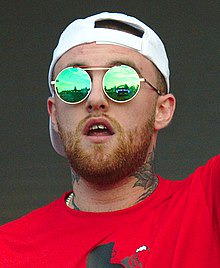 On September 7, 2018, Mac Miller was found unresponsive in his studio home by his personal assistant, who called 911 and performed CPR until paramedic arrived. Mac Miller was pronounced dead at the scene at 11:51 a.m. (PDT). He had been scheduled for a video shoot on the day of his death, and was to embark on his swimming tour in October. 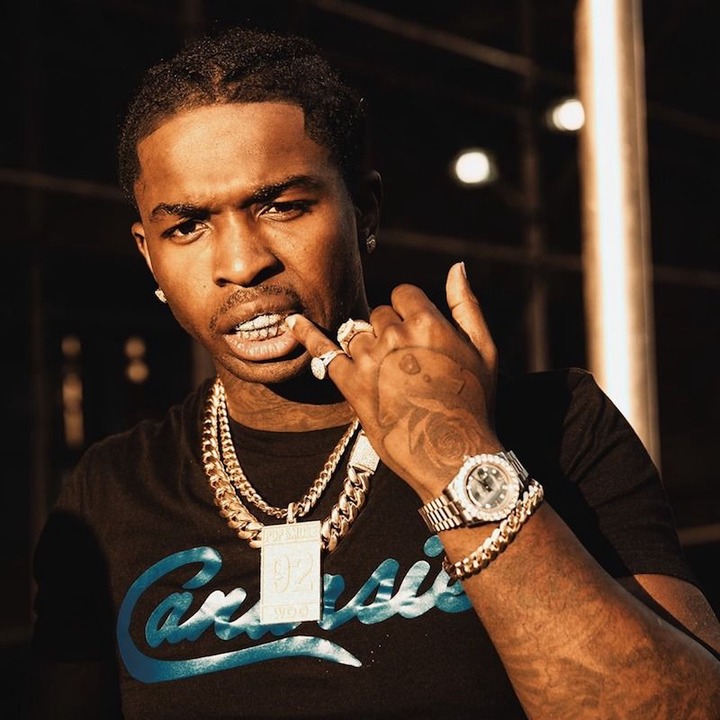 Bashar Barakah Jackson (July 20, 1999 - February 19, 2020), professionally known as Pop Smoke, was an American rapper, singer and song writer. Pop Smoke was signed to Victor Victor Worldwide and Republic Records. He released his debut mixtape the "meet the Woo" (2019) and his second mixtape "Meet the Woo 2" ( 2020).

Pop Smoke died on February 19, 2020, after being shot twice during a home invasion in Hollywood Hills, California. According to authorities, four hooded men entered his home at about 4:30 a.m. on February 19, 2020, one of them wore a ski mask and carried a hand gun. Police received news of the home invasion from an anonymous call from the east coast. Police arrived at the home 6 minutes later and found Pop Smoke with multiple gunshots wound. He was taken to Cedar-Sinai Medical Center where he was pronounced dead. 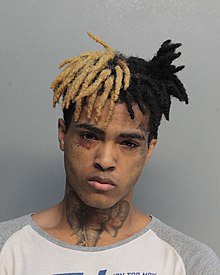 Jahseh Dyane Ricardo Onfroy (January 23, 1998 - June 18, 2018). Known professionally as XXXtentacion, was an American rapper, singer, and song writer. Despite being a controversial figure due to his widely publicized legal issues, XXXtentacion gained a cult following among his young fan base during his short career through his depression and alienation thematic driven music

On June 18, 2018, XXXtentacion was leaving the Riva Motorsport motorcycle dealership in Deerfield Beach Florida and at, 3:56p.m. was blocked from exiting the car park by a black Dorge SUV. Two armed men exiting the SUV and approached the rapper while he was sitting on the driver's seat. A brief struggle occurred and the armed men reached inside XXXtentacion's vehicle, stole his Louis Vuitton bag containing $50,000, and shot XXXtentacion multiple times. The shooters fled the scene in their SUV and XXXtentacion was transported by paramedics to nearby broward Heath North hospital in Deerfield Beach, where he was pronounced dead. Ermias Joseph Asghedom (August 18, 1985 - March 31, 2019), known professionally as Nipsey Hussle, was an American rapper, song writer, record producer, activist and an entrepreneur. Emerging from the West coast hip hop scene in the the mid-2000's, Hussle became known for his numerous mixtapes including his Bullets Ain't Got No Name series, The Marraton, The Marraton Continues, Crenshaw and his critical acclaim album "Victory Laps", were all commercial success.

On March 21, 2019, Hussle was shot at least 10 times in the parking lot of his store, Marathon clothing in South Los Angeles at account 3:19 p.m. Gunshots wound included a shot to his right chest, a shot that entered into his abdomen near his navel and severed good spine, a gunshot wound to his right side of his back that penetrated into his chest and struck his lungs, a gunshot wound to the posterior top of his scalp. He was transported to the hospital where he was pronounced dead at 3:55 p.m. 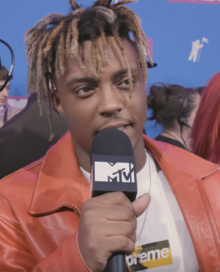 Jarad Anthony Higgins (December 2, 1998 - December 18, 2019), better known as Juice Wrld, was an American rapper, singer and songwriter from Chicago, Illinois. His song lucid dreams has been played on the music streaming platform "Spotify" over one billion times.

On December 8, 2019, Juice Wrld collapsed and died from a suspected drug-induced seizure at Midway International Airport in Chicago, after landing Midway on a private jet from Van Nuys Airport in Los Angeles. His death provoked an outpouring of grief across social media and the music industry. 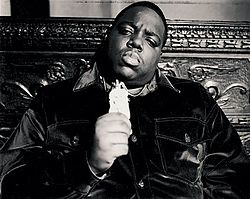 Christopher George Latore Wallace (May 21, 1972 - March 9, 1997), better known by his stage name as Notorious B.I.G., Biggie Smalls, was an American rapper, and songwriter. Rooted in the New York rap scene and gangster rap tradition, he is considered one of the greatest rappers of all time. Biggie Smalls became known for his distinctive laidback lyrical delivery offsetting the lyrics often grim contents and his own intimidating appearance. His music was often semi-autobiographical, telling of hardship and criminality, but also off debauchery and cebration.

On march 9, 1997, at about 12:30 a.m. Wallace left a party and travelled in the front passenger sit alongside his entourage. Combs ( diddy) travelled in the other vehicles with three bodyguards. The two trucks were trailed by a Chevrolet Blazer carrying bad boys director of security Paul Offord. By 12:45 a.m. the street weres crowded with people leaving the party. Wallace truck stopped at a red light and a black Chevy Impala pulled up alongside it. The impala's driver, an unidentified African-American man dressed in a blue suit and bow tie rolldown his window and fired at Wallace car. Four bullets hit Wallace and his entourage subsequently rushed him to Cedars Sinai Medical Center, where doctors performed an emergency thoracotomy, but he was pronounced dead at 1:15a.m. 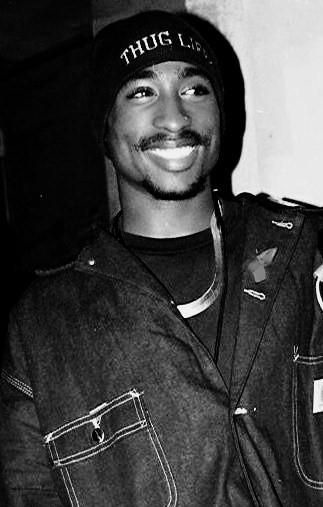 Tupac Amaru Shakur, born Lesane Parish Crooks (July 16, 1971 - September 13, 1996), better known by his stage name as 2pac, was an American rapper, songwriter and actor. Considered by many to be one of the most influential and greatest rappers of all time. Much of Shakur's work has been noted for addressing contemporary socal issues that plagued inner cities and he is considered a symbol of resistance and activism against inequality.

In Las Vegas September 7, 1996, after attending Mike Tyson vs Bruce Seldon boxing Match, 2pac was riding as a passenger in a car driven by his close friend and Death Row Records boss "Suge Knight", at about 11:15 p.m. when a white Cadillac pulled alongside them at a stoplight on flamingo Road and opened fire rapidly at Shakur, who was struck four times, once in the arm, once in the thigh and twice on the chest, one bullet entering his right lungs. Shakur was taken to the University Medical Centre of Southernmost tip Nevada, heavenly sedated, put on life support, and later to prevent involuntary reactions injurious. In the intensive-care Unit, on the afternoon of September 13, 1996, Shakur died from internal bleeding. He was pronounced dead at 4:03 p.m.

Content created and supplied by: Corrosive (via Opera News )