"I saw it on Gist Lover" is a common phrase in casual conversation these days.

In September, the controversial celebrity, Tonto Dikeh, ended her short-lived romance with Prince Kpokpogri, the chairman of the Anti-Corruption and Integrity Forum, Prince Kpokpogri. 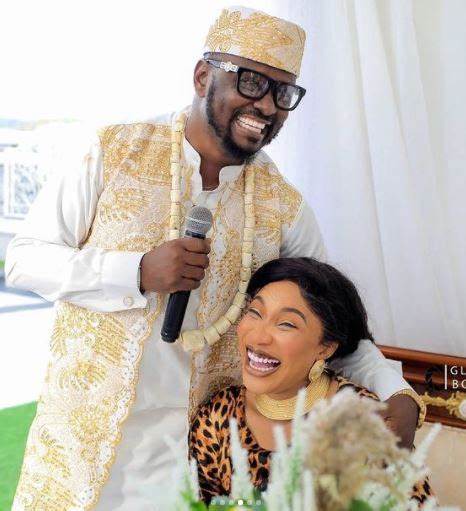 The once-happy relationship ended after Gist Lover, a popular Instagram gossip blog, published a viral voice note and a phone call between Kpokpogri and a socialite. He was insulting the actress and complaining about her behavior and addiction in an audio clip alleged to be the politician's voice.

The actress thanked the gist blogger in an "appreciation post" some days later and announced the end of her relationship with Kpokpogri. 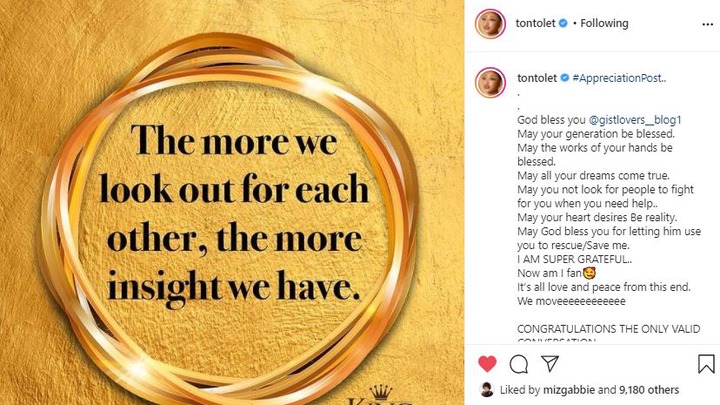 Since then, Gist Lover has continued to bash Kpokpogri. The blogger has also revealed more audio files incriminating him.

Tiwa Savage, a Nigerian musician, came out weeks after the incident to raise public awareness about a sex tape unintentionally uploaded by her lover was going to be on the internet. She said this would happen because she refused to pay a blackmailer who had a copy of the tape. 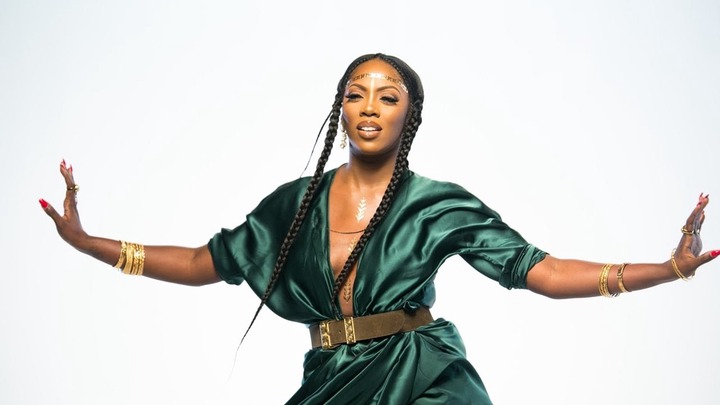 Now, the same Gist Lover who championed Tonto Dikeh's cause immediately declared that it was fake news and that it was merely a kind of publicity stunt for her soon-to-be-released video. The anonymous writer continued to attack her, even claiming that a later video of Tiwa Savage making a light hearted joke about the issue proved the footage didn't exist.

Unfortunately, the blackmailer eventually released the footage, and the blogger has remained silent since then. In her anger, Tiwa Savage took to Instagram to call out the writer, accusing her of trying to drag her down. Still, this blogger's camp has remained deafeningly silent. 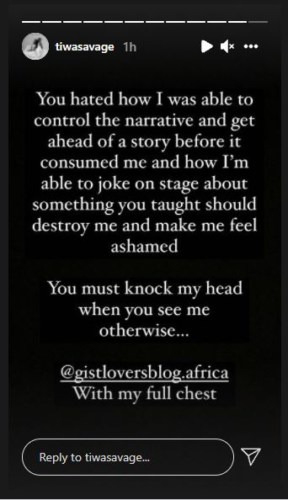 Here is how it works: Gossips and talebearers, many of whom claim to be assistants, friends of friends, house helps, drivers of celebrities, and possibly even celebrities themselves, share their exclusive secrets with Gist Lovers, a well-known Instagram blog. Everything Gist Lover posts are unverified, which may be problematic, particularly in this age of 'social media and fake news.' Others see it as entertainment and a way to avoid boredom. Essentially, it is a crude form of citizen journalism.

On Gist Lover, no prominent figure is untouchable. Even though the Instagram page has been disabled multiple times, a new one is usually created, and it keeps amassing thousands of followers within hours. The account serves as a bizarre social experiment in observing how a virtual community comes together. 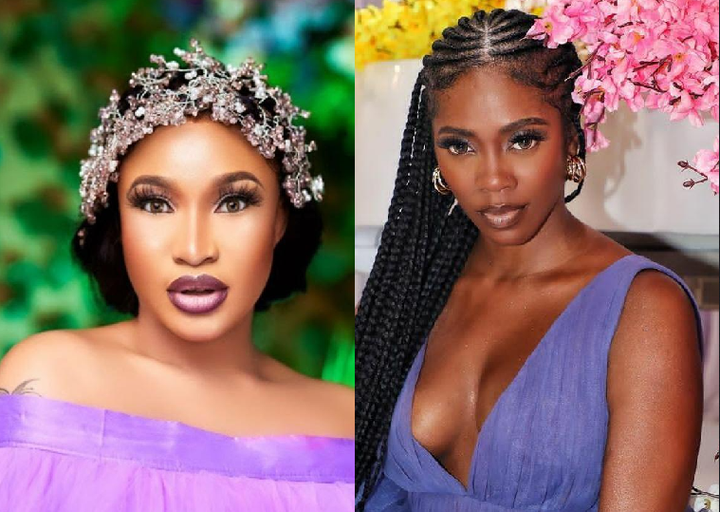 Both Tiwa Savage and Tonto Dikeh are celebrities who are divorced and single mothers with sons. Both supposedly have no ties to Gist Lover. Why then is one being praised and helped, and the other being bashed?

Gist Lover has chosen to extend the hand of friendship to Tonto Dike, and then, bully Tiwa Savage. This is Digital Hate, and it needs to end now.