By OnyxGodwin (self media writer) | 2 years ago 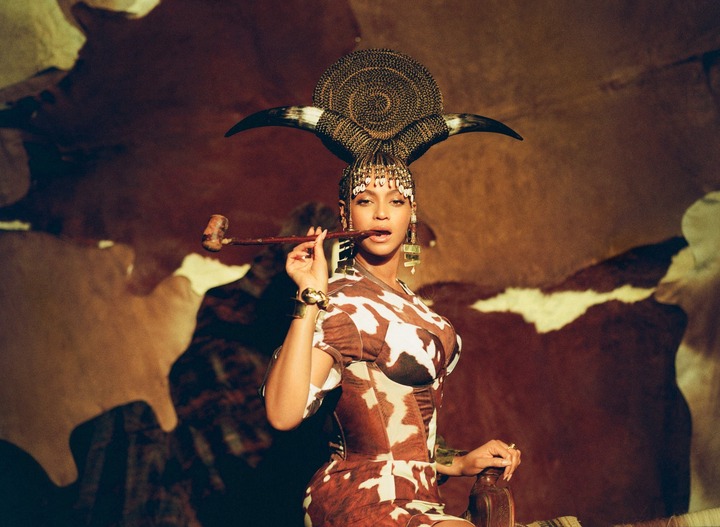 Beyoncé is the Queen and that's an undisputable fact. She proved this again with her visual album "Black is King", the accompanying album to "The Gift", an album that featured major African artists, producers and African sounds.

In Black is King, Beyoncé brought it down to Africa, she used our directors, our models, our creatives, our costumes, our locations, our spirituality, our festivals and our gods.

Countless times, Beyoncé has paid Homage to Yoruba goddesses Yemoja and Osun, she paid homage to them during her 2017 Grammys performance and during her Photoshoot for her twins pregnancy video shoot. In the picture above she's paying homage to Egyptian God, Hathor, in the music video for Already.

The album is basically a human and musical adaptation of The Lion King, We will take a one on one review on each song on the album, it's symbolism and review everything as much as we can.

Bigger is a song that reassures people, specifically an infant king how he is part of something great, he should have no self doubt and take on the world.

The video had natural settings, beautiful imagery and was simple and culturally rich. We see Beyoncé in a beach holding a baby, an African traditionalists dressed in White, burning incense, using water to cleanse their baby and chalk in a calabash to pain a kid's face. These practices are common in Africa.

2. FIND YOUR WAY BACK 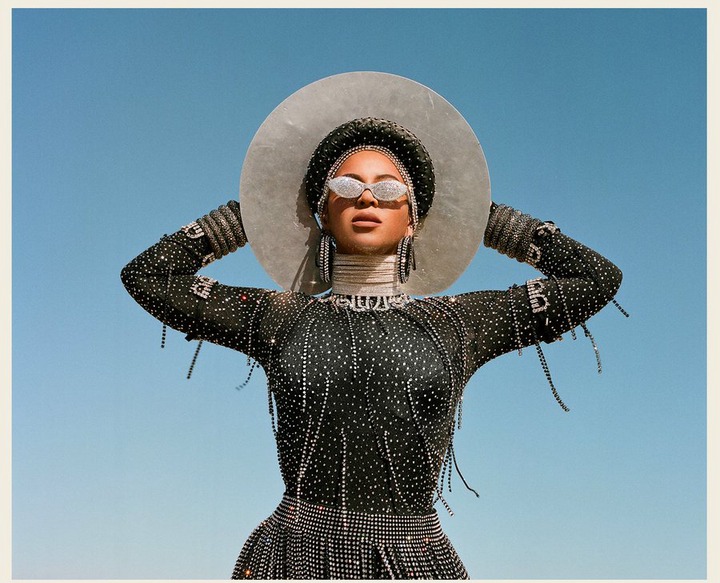 This song is about a child finally experiencing what it's like to grow up, getting taught by his father on how life works.

This video had some of the best visuals in the album. We saw Beyonce in bling bling, shining. The song features background vocals from Nigerian entertainment guru, Bankuli.

The opening of this song had Yemi Alade energetically dancing to Tekno's vocals in the background. The song is talking about the envy of Simba's uncle Scar.

This song is about how kids eventually grow up , make mistakes, and realize how the world really works. Lyrics like "Your body go rest", "Them no dey tell person", "Your head go correct", signifies how children don't heed to warnings untill they learn.

The song features Burna Boy, though he wasn't in the video, and the video was shot in Africa. 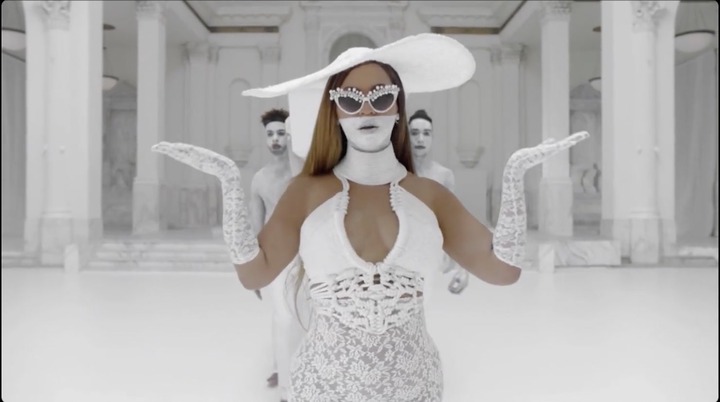 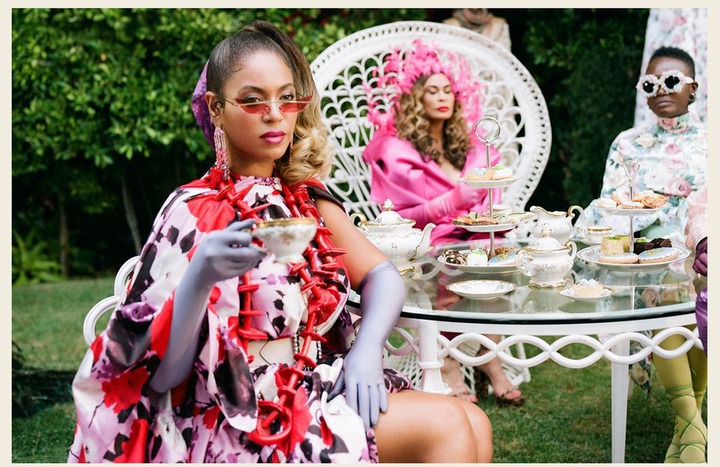 This is a song about the kid finally finding some closure, having friends and enjoying life.

The video is visually rich and features an all black syncronized swimmers, Beyoncé was also seen reading a book about Black and African God's. 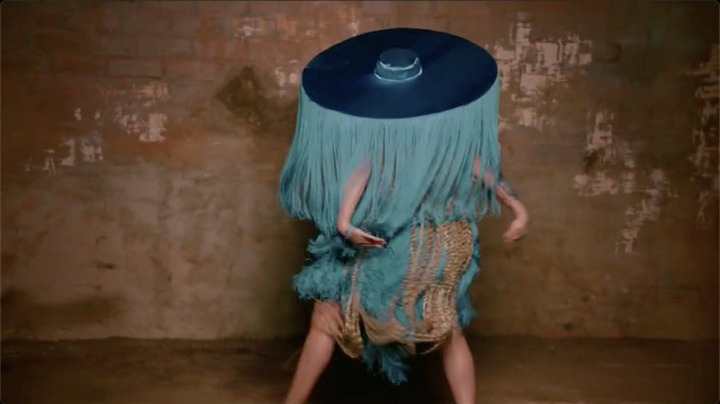 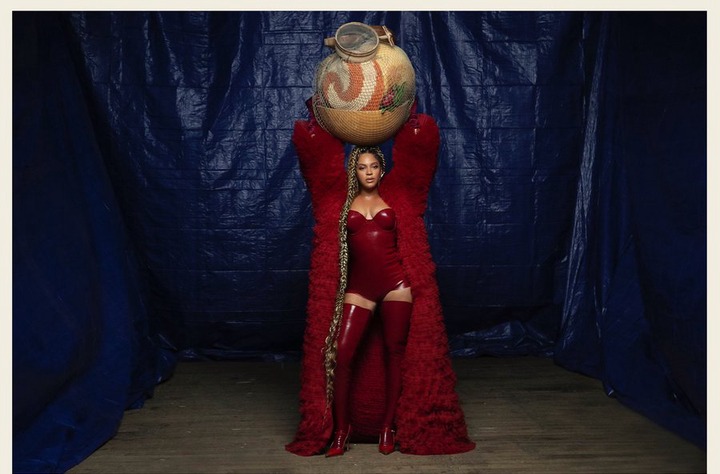 This song is about when Nala and Simba finally reunited after he ran away.

She also imitated outfits from Eyo festival, popular amongst the Yoruba people in Nigeria. 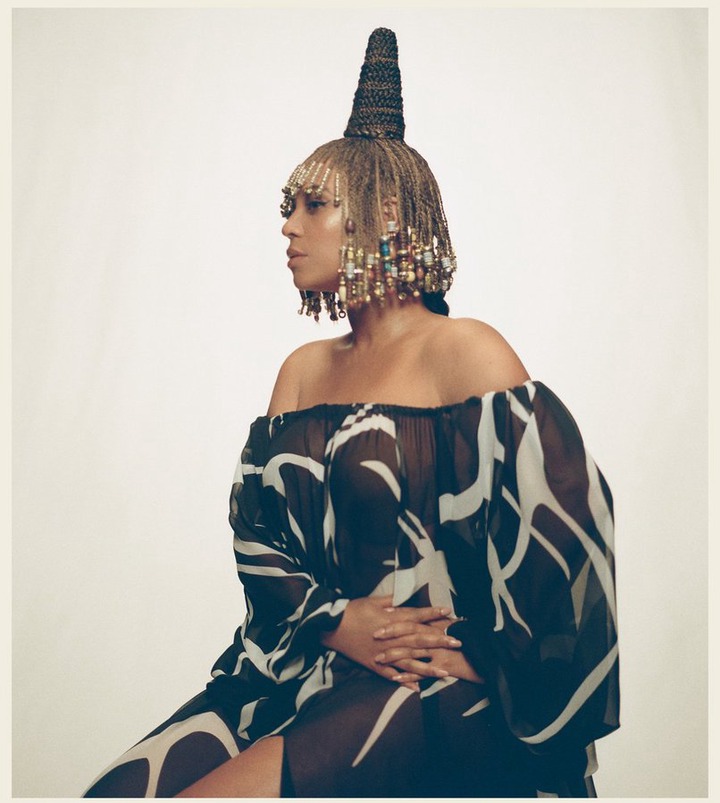 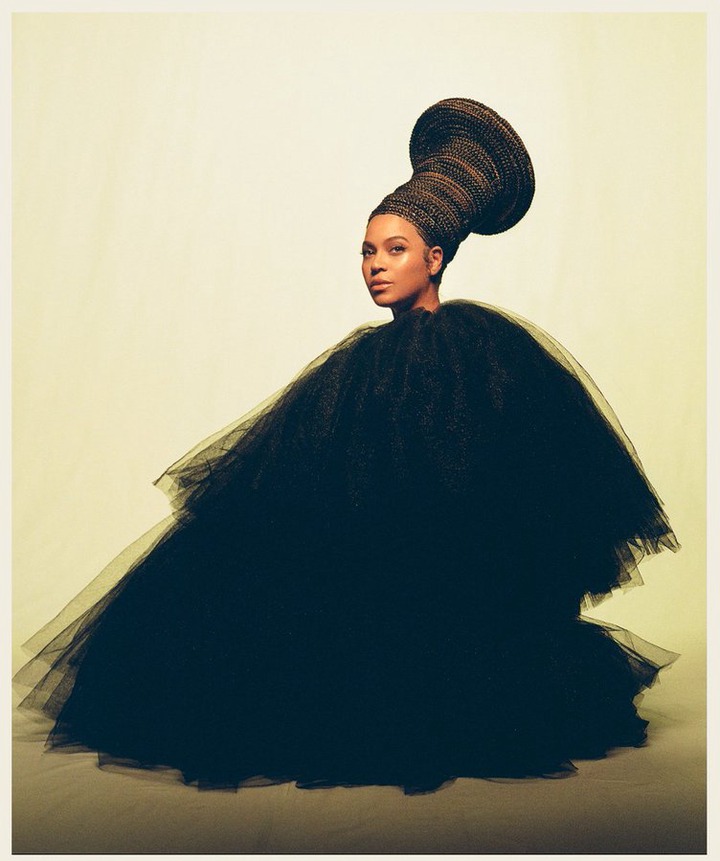 This is one of the best songs from the album! The song is about Beautiful coloured girls that have been told they were not beautiful for years by the world and media.

Parts of the video was shot in Lagos, Nigeria.

9. KEYS TO THE KINGDOM 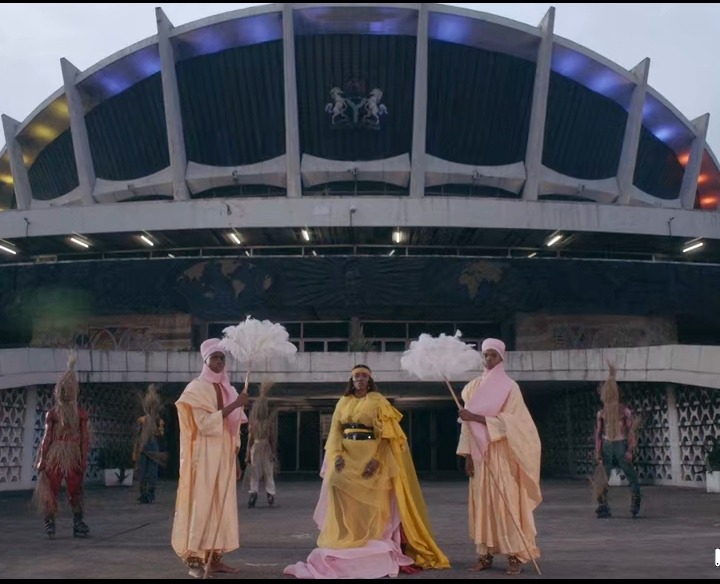 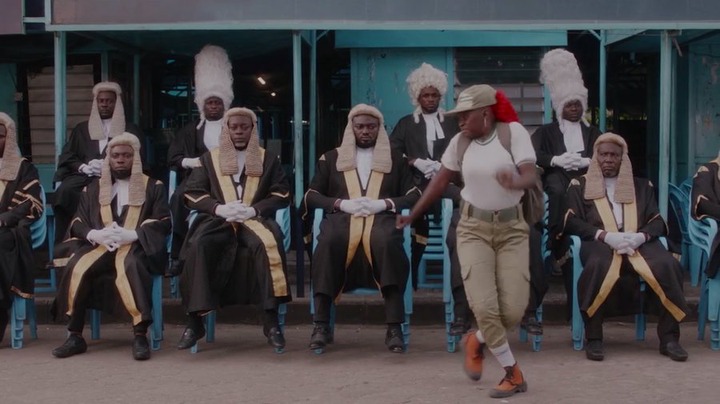 This is a song by Tiwa Savage and Mr Eazi on the album and most of it's visuals was shot in Nigeria, at the National Theatre, Costain.

The video showcases African Beautiful scenery, our dances, our attires and tells the love story of Nala and Simba tying the Knot. We also see skaters, masquerades and hawkers. 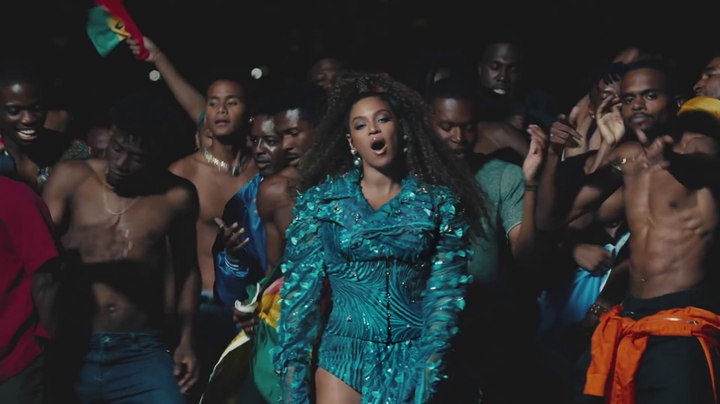 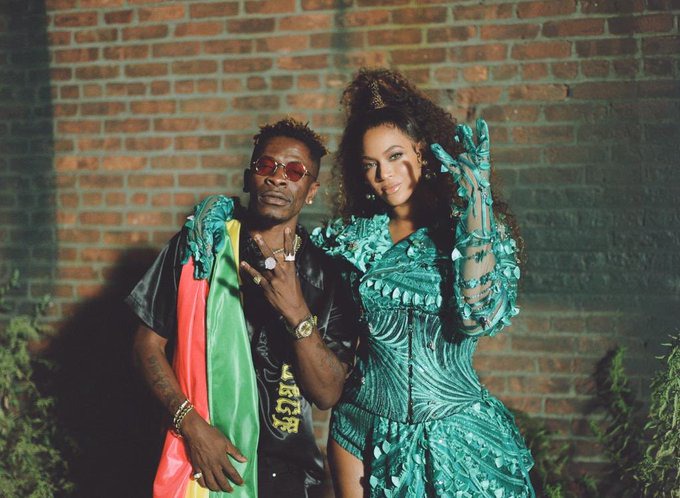 This video was shot in Ghana, yes, Beyoncé and her team were in Ghana last year December to shoot this video with Shatta Wale.

The video features Nigerian Dancer Papi Ojo, who danced Zanku legwork and Gbesé side to side with Beyoncé. We also see Beyoncé in Body painting, one of Africa's culture used in celebrating, mourning or protection. She also danced Tanzanian and Kenyan dance, Massai Jumping dance. She also paid homage to Egyptian God, Hathor.

This song is mostly an elegy. It's a sad song about letting go our most prized possession. The song features background vocals from Nigerian entertainment guru, Bankuli. 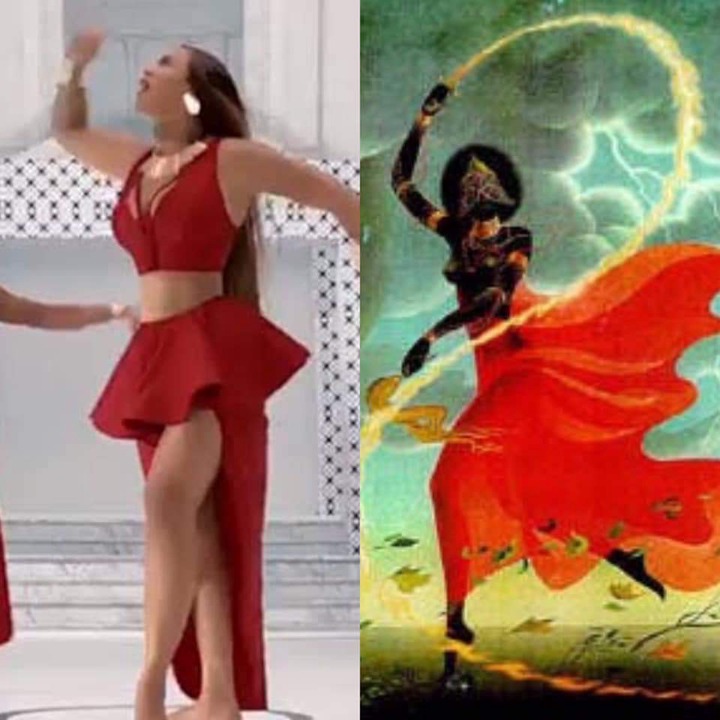 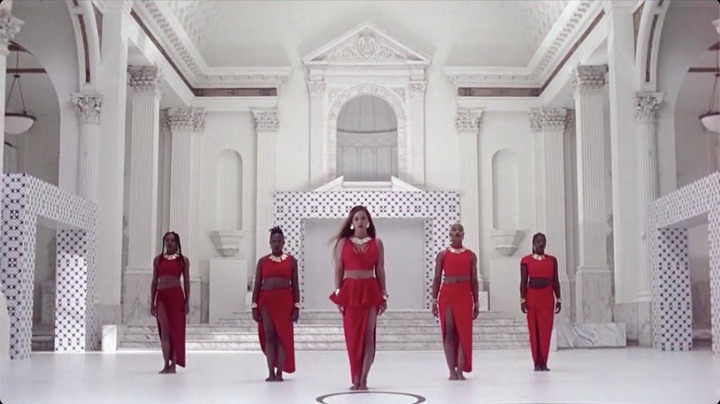 This song is energetic and Feminist. It's a song about female dominace and strength, in the movie The Lion King, it depicts the part were Nala and other lionesses in the Kingdom confronted Scar.

Also female African warriors like Moremi have been known to be fierce and powerful.

This song is about when Simba finally came back, confronted Scar and fight for his rightful place as the king and liberate his subjects from Scar's rule. The song features Raye, a Ghanian Swiss Artist. 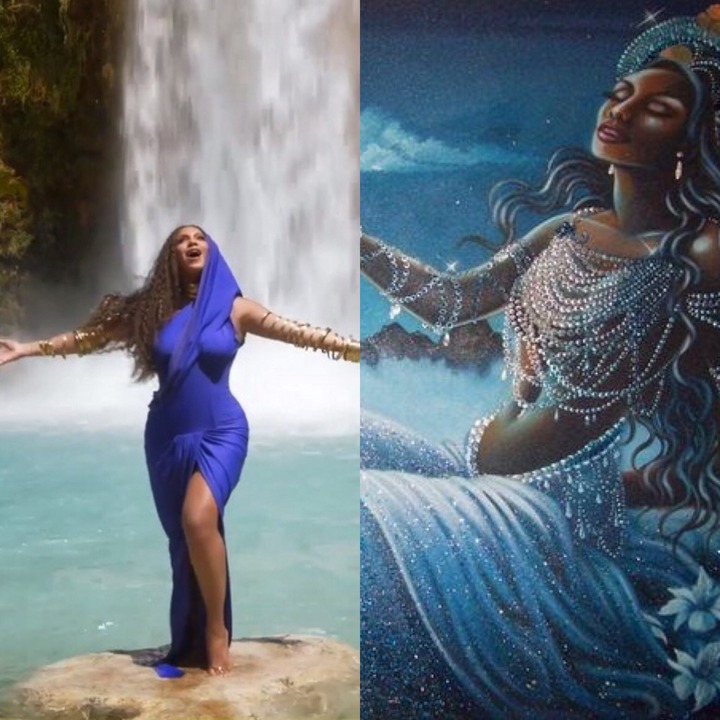 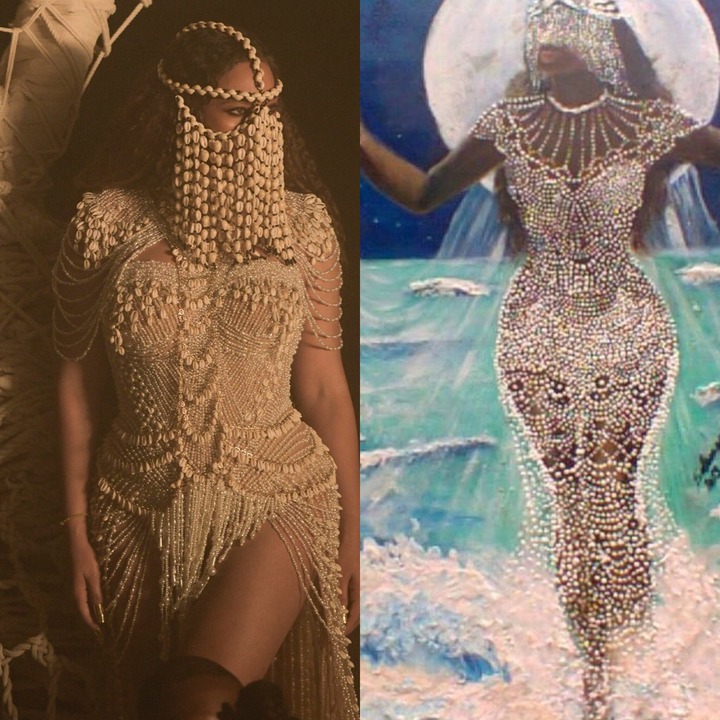 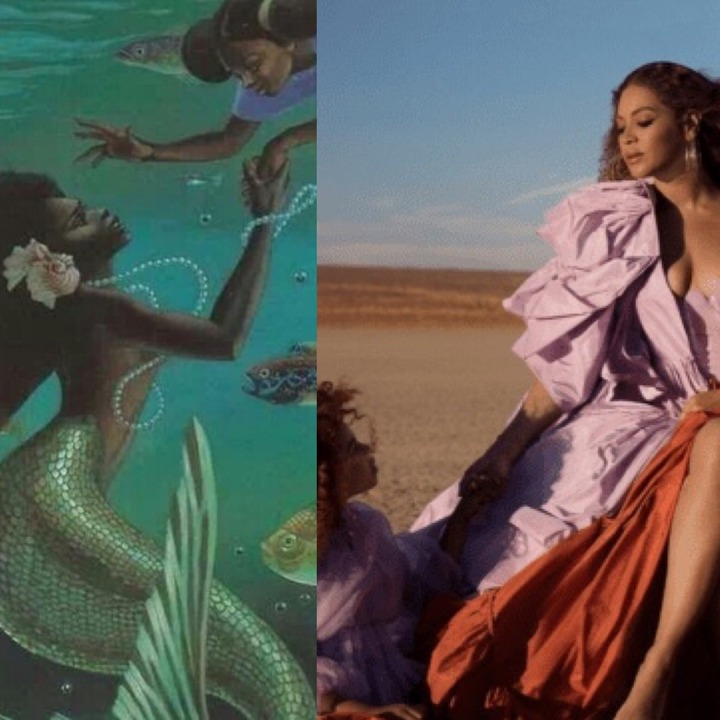 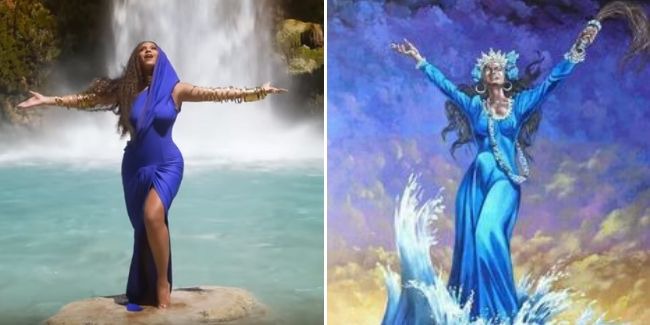 Spirit is the lead single for the soundtrack album for The Lion King. The song signifies success at last.

The video featured all black dancers, including Papi Ojo, African Dances and most of the costume was by Senegalese designer, Tongoro.

Beyoncé also paid homage to Yoruba goddess, Yemoja, in an all white outfit and cowries head piece and a blue outfit standing in front of a water fall.

She also paid homage to Oshun , another yoruba goddess in a stunning yellow outfit. 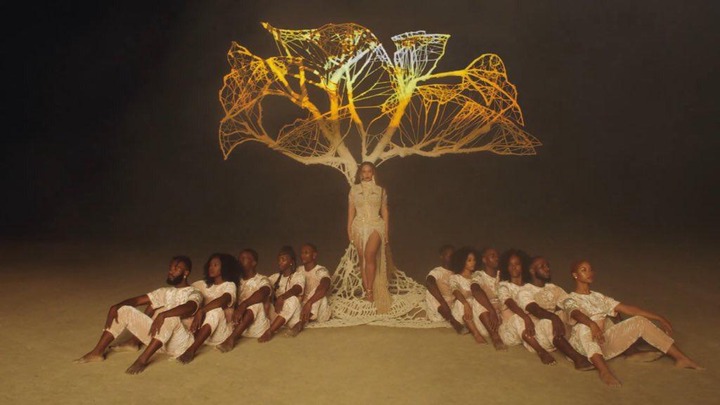 Content created and supplied by: OnyxGodwin (via Opera News )