Toke Makinwa Gets Honest About Her Source of Wealth

By Supertee (self media writer) | 4 months ago 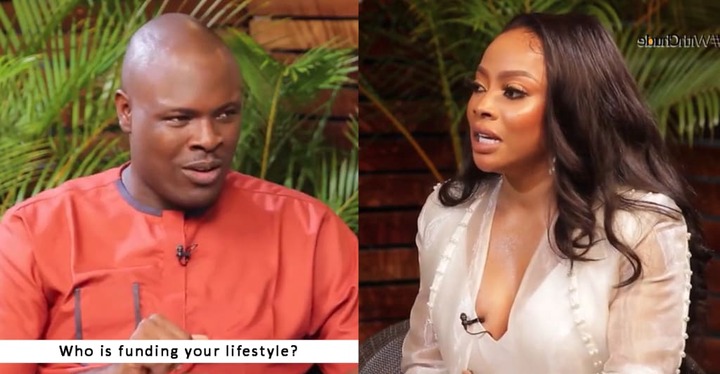 Toke Makinwa is by far one of the most talked about Nigerian celebrities in the nation. Many people love her, a lot of people can't stand her. She is often referred to as the 'Kim Kardashian of Nigeria' which is an understandable comparison.

Even if the two of them look very different and live in completely different parts of the world, one thing they both share is that they're both very wealthy and both have the source of their wealth under constant scrutiny. 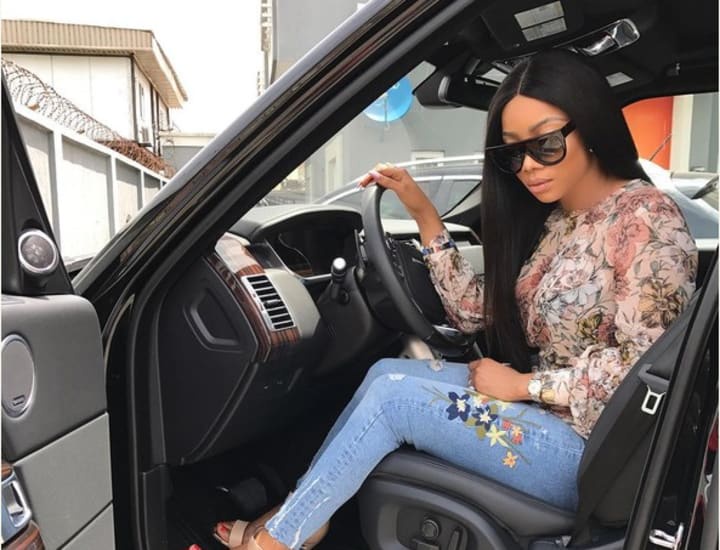 Now, in a new interview with Chude, Toke Makinwa sat down to speak with the interviewer and got very candid about the question of who funds her lifestyle. 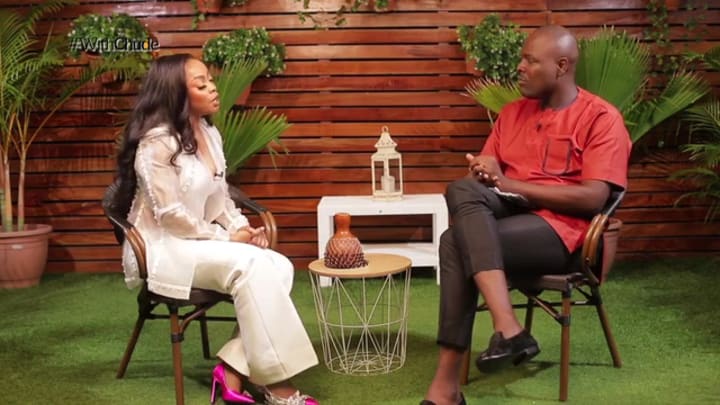 Toke Makinwa and Chude on #WithChude

During the interview, Chude said to Toke:

"It’s a foolish question to me, but to Nigerians, it’s the koko. Who is funding your lifestyle?"

Jesus. I have a hotline to Jesus, I be talking to him every night.

Chude then continued: "Because they’re like the bags, the Ikoyi mansion, the trips always first class, whenever it’s becoming too much, you go and take care of yourself. They’re like there has to be a man making this happen?"

To which Toke responded:

I’m still trying to find that man Chude. When you do, let me know. Cuz you know there’s no shame. If I find a billionaire that wants to take care of me, holla. I will not be giving you people motivation anymore, I will tell you "baby girls find a rich man, that’s the way". You see I say to people, if you think that a man can fund anyone’s lifestyle or a man can create all of this, try it. Try it. Like, I even want to learn. I want to see somebody else find one man that will give you. Is it the same man that gave you the brain to start bags or the same man that gave you the brain to be on radio to represent all these brands or is it the same man that gave you what? Please if you know anybody that is even looking for right now, I’m publicly asking for. Because when I get there, I will not deny it. The same way I’m motivating you guys, I will motivate you to catch a big fish.

Further on in the conversation, Toke talked about 'coming up' and how people don't you're struggling. She said:

People are used to comparing their right nows to somebody else’s behind the scenes. You see, you don’t know the years Wizkid put in to become Wizkid. But you find a lot of these young kids who try music for two seasons and are frustrated because it’s not working. Dude, I was at Rhythm. When I tell people how Wizkid would be the one that would carry the speakers. Wizkid would be the one that the DJs would send to buy amala, and he will do it. And he’ll just be begging, 'DJ Humility, all those guys, abeg just play my song'. Wizkid was a studio rat. We see the now and people are like woah, but you don’t see the times that this boy was singing the hook on that Fast Cars song with M.I. Do you know what I mean? People don’t even remember. It’s the same way people can look at me now and think ‘Yeah, you got it easy.’ It’s not the slaying that offends them so much, it’s just the fact that they’re like ‘Well, it’s easy for you to say that when you’re tweeting from your Ikoyi mansion. How did you get there?’. Dude if you’ve been following my career, you’ll realize that with all the years I’ve put in, if I cannot afford the things that I have right now, then I should quit.

What do you think of her answer? Personally I think it's very impressive to see what Toke has been able to build after more than eleven years working in the industry. To say every single thing that she has achieved is because of man, nawa! Those are my thoughts. What do you think? Let me know your thoughts by leaving a comment on my Facebook post.