At 25-years-old, Kyle Smith had been working as a delivery man for two months, bringing packages far and wide in an effort to make sure all families received the goodies they requested in a timely manner.

While delivering was hard work, and Smith found himself constantly busy, there was one time in particular that life as a courier could get especially hectic... 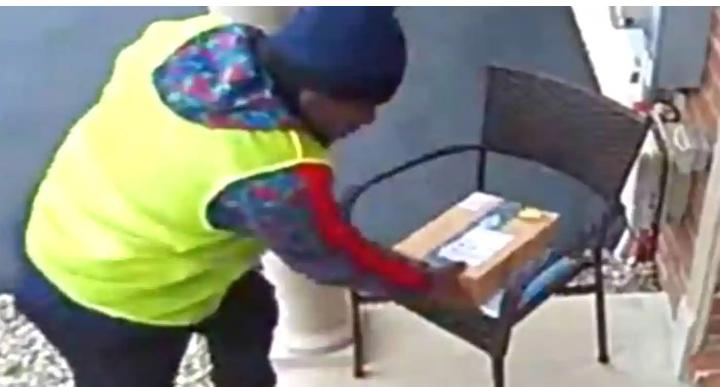 This was during the holiday season, a time when, in the United States alone, hundreds of millions of packages and letters are ordered and delivered. On an individual scale, Kyle had quite the hefty haul as well.

Because during the winter months, Smith himself was responsible for the safe delivery of as many as 200 individual packages per day. This is no easy feat, and not something you can complete within the confines of a normal eight-hour shift.

In fact, Smith and other drivers like him were forced to work nine- to ten-hour days just to be able to deliver all the packages in time. To make matters worse, he only had a 30-minute lunch break.

As if life couldn't get any harder, Smith also worked three jobs. He was doing everything he could to support himself and his family, but it couldn't have been easy. Then, one day, things took a turn for the worse.

On the morning of october 12th, Kyle Smith made an unfortunate mistake that would lead him to have one of the most unpleasant shifts of his career. In a blunder he would soon regret, Smith forgot his lunch and water bottle at home.

With no respite from the elements, hungry and thirsty, Smith had no choice but to continue on with his deliveries. That is, until he got to one special house that changed everything.

This house was located in Mursfreesboro, Tennessee, and happened to belong to a woman named Sarah Barnes. What he would find on her front porch would get quite the reaction from Smith — and with good reason.

What he had noticed, sitting there casually, was a package already on the front porch. However this one was different — it wasn't a package delivered by Smith, or even by another courier.

This was a basket, filled to the brim with all of Smith's favorite snacks and even his favorite juice from childhood, Capri Sun. It was clear that some generous resident had left this bounty to share with hungry couriers arriving at their porch.

Smith was so elated at the discovery that he began to dance, a joyous affair he referred to as his "happy dance." He was just so pleased to have something to eat and drink that he couldn't help himself.

Little did the 25-year-old know, the entire adorable moment was captured by Sarah Barnes' Ring doorbell, a contraption used for home security purposes. Soon, the entire episode would go viral...

However, this was far from the end of Smith and Barnes' story. After the video went viral and thousands of people expressed their praise for both parties involved, the two finally got a chance to meet.

The pair was invited to come on a local TV station together, and when they made their star appearance they had some very sweet words to share with the audience.

First off, Barnes revealed an interesting fact: she had intended on putting out more adult snacks that day but only had kiddie foods on hand and wanted to put something out right away. Her friends teased her about the choice.

Luckily enough, the last minute decision had provided just what Smith was looking for. “I hadn’t seen one [a Capri Sun] since fifth grade,” he remarked. “It brought me back to middle school.”

Smith went on to express his gratitude for Barnes' foresight and consideration, saying that, “It shows that the smallest act of kindness can bring you out of a tough situation." What started as an awful shift, turned into a great day.

“I really want for everyone to understand it’s bigger than snacks,” Smith continued. “It’s more caring for someone and actually being sincere and thinking about someone’s day.” Wise words to follow.

Amazingly, since their story swept across the internet, more and more people have been following suit, leaving out snacks and drinks for the delivery men who work so hard to provide people with their packages. Sometimes, they can even help us out.