By Tbomb (self media writer) | 1 year ago

Popular Comedian Taaooma was assaulted by Bolt Drivers at the airport city Park this Thursday.

Taaoma took to Twitter to report the actions of the drivers through their bolt app Nigeria handle as she narrated what occurred. 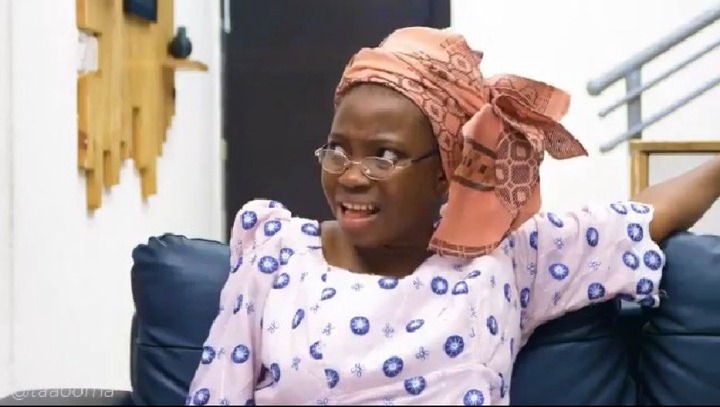 According to the skit maker, the two bold drivers threw stuffs at her while she was recording them. Moreover, their names were not disclosed.

The first driver was captured on camera (as seen below) while the other was recorded ...both displayed their attitudes terribly. 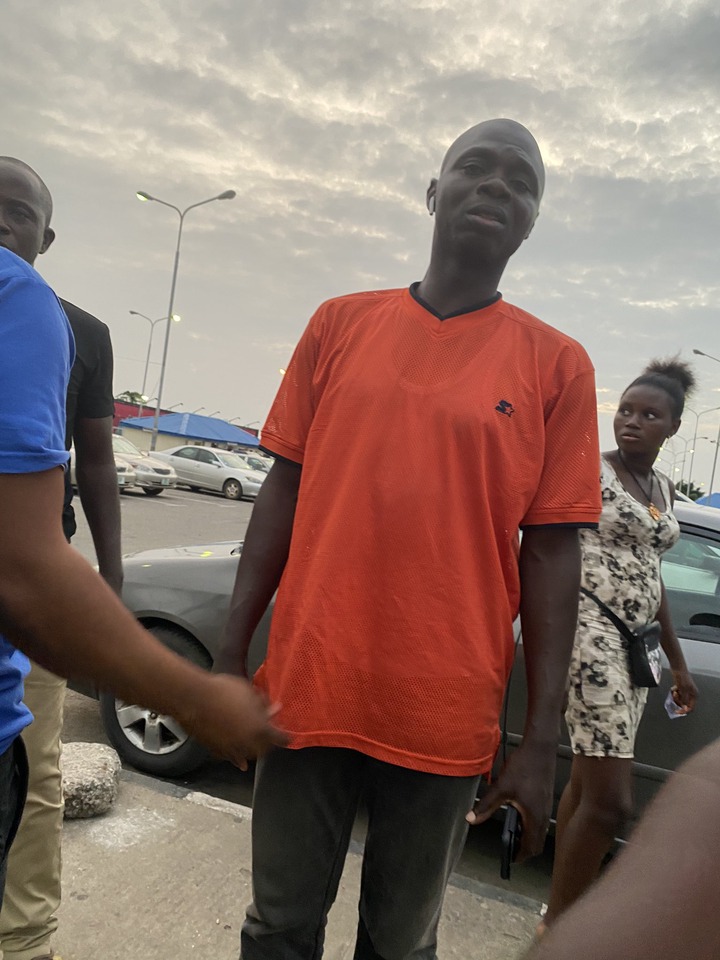 she said "Dear @Boltapp_ng , the rouges you put as drivers had me assaulted today at the airport car park. They were two and they threw things at me because I tried to record them. I never knew this was how terrible your services are!

"I ordered and we got to him, he started asking where we were going, but it will show on the app now!!! He said no oo I’m not going there unless it’s offline. Why did you accept if you knew you were not going? 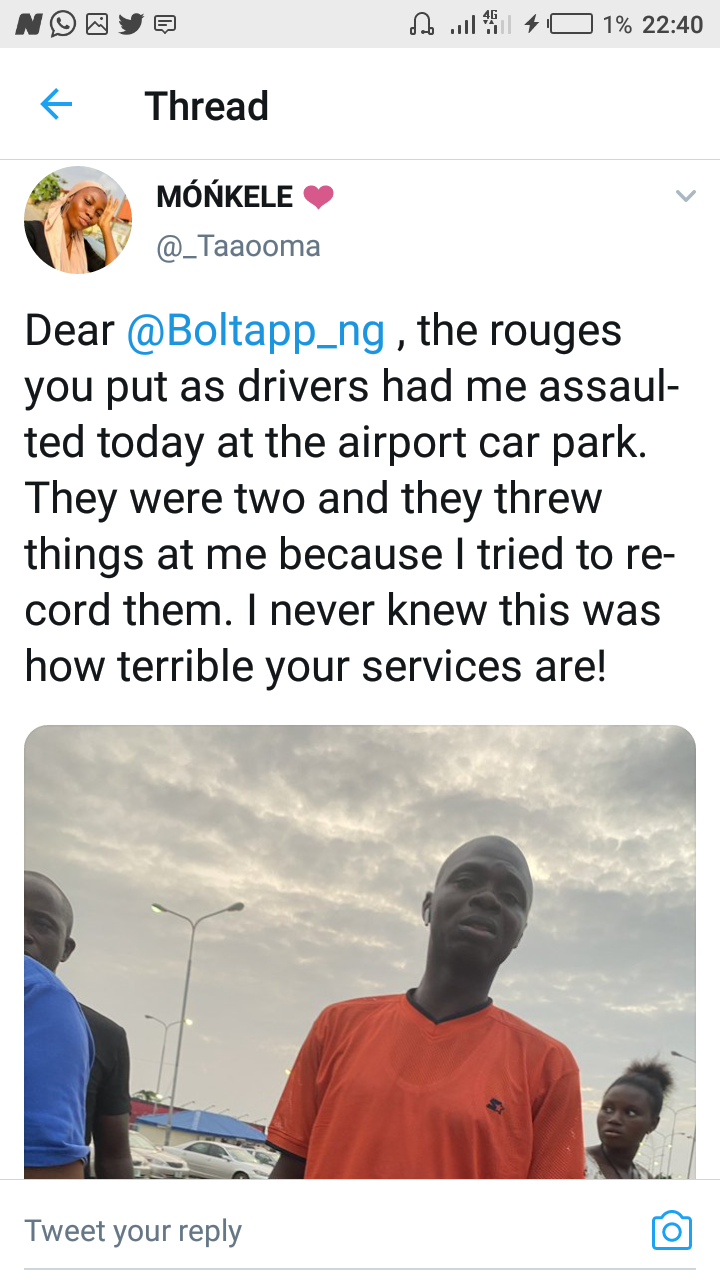 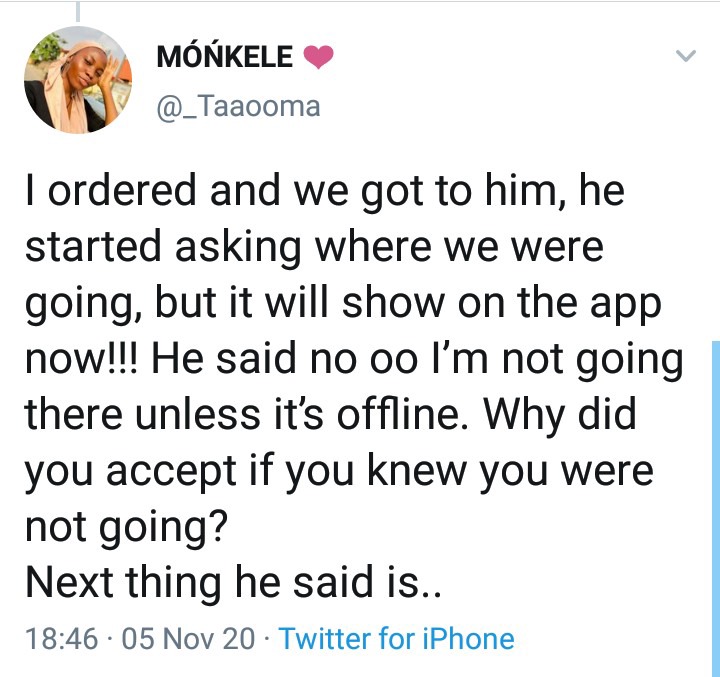 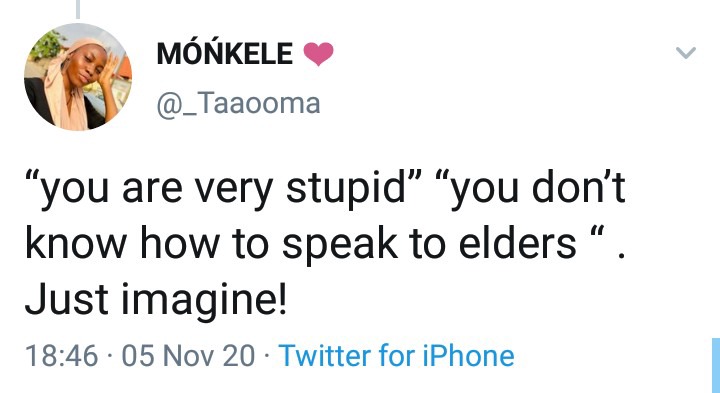 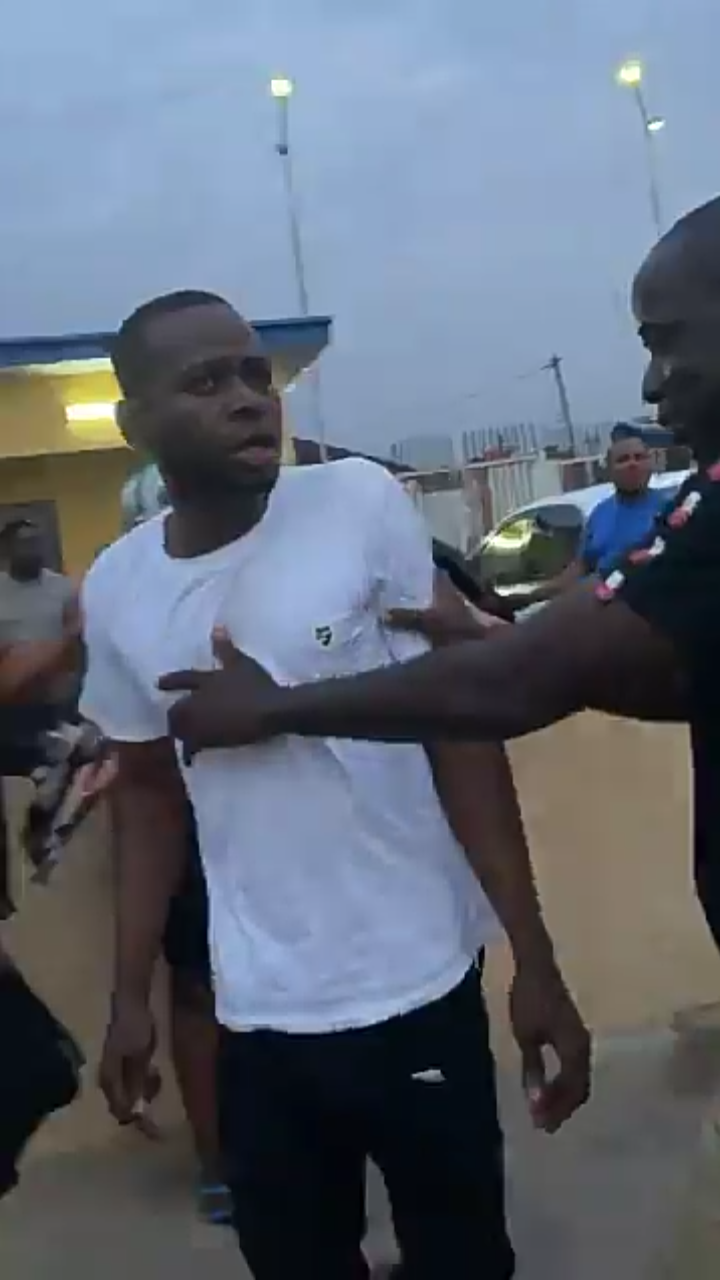 The second driver threw a bottle at her but luckily it didn't reach her as she said. He tried to get hold of her while she was recording with her phone, she reacting loudly twice saying "What do you want to do!!!". However, a gathered crowd of guys intervene as they got hold of the driver from laying a hand on her. 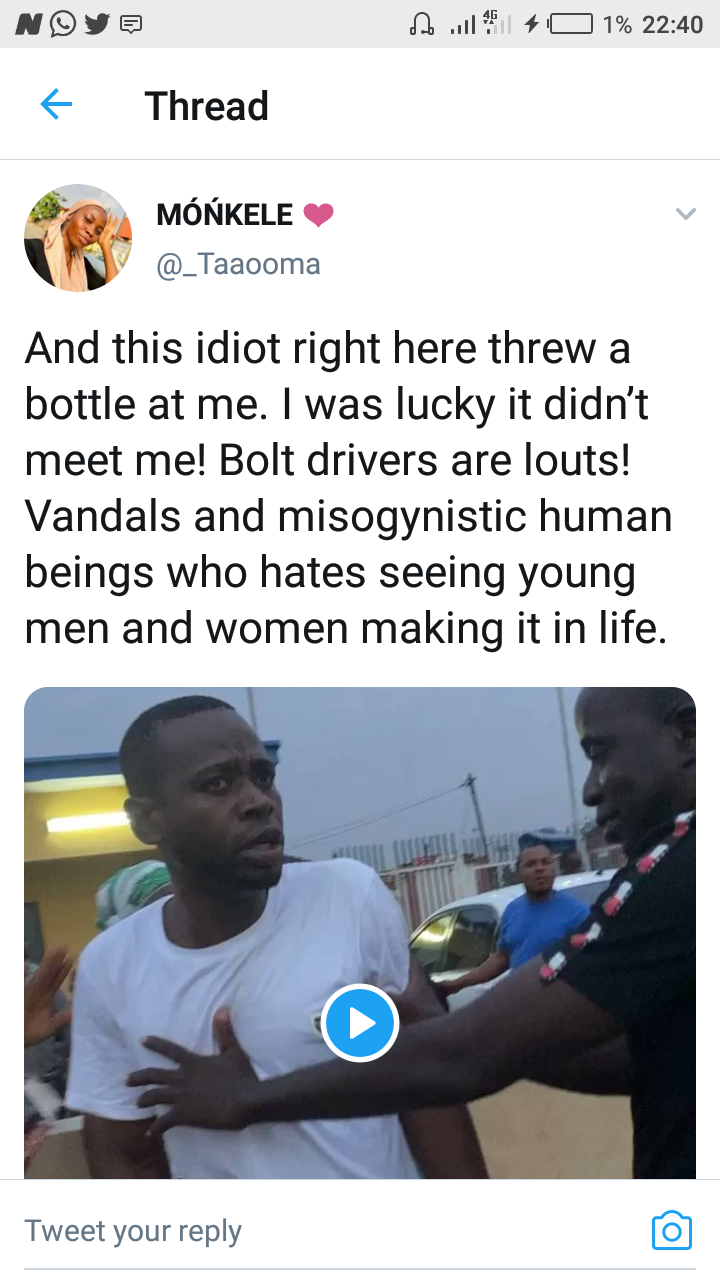 "This is not my first time experiencing similar things from drivers. People who know me know How cool I am. So for all of you saying “when the fame comes, the arrogance starts” you people don’t know anything coz I go through many things day by day without you hearing about it. 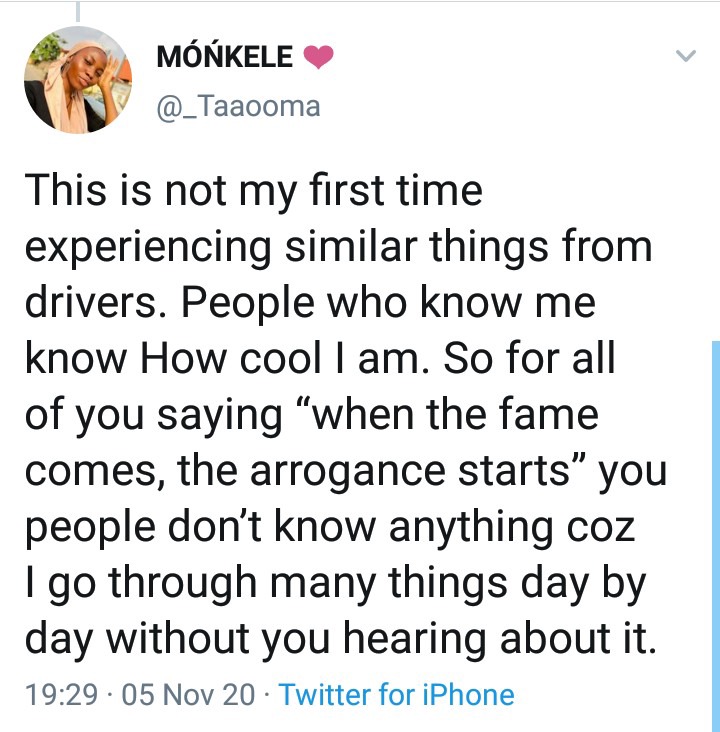 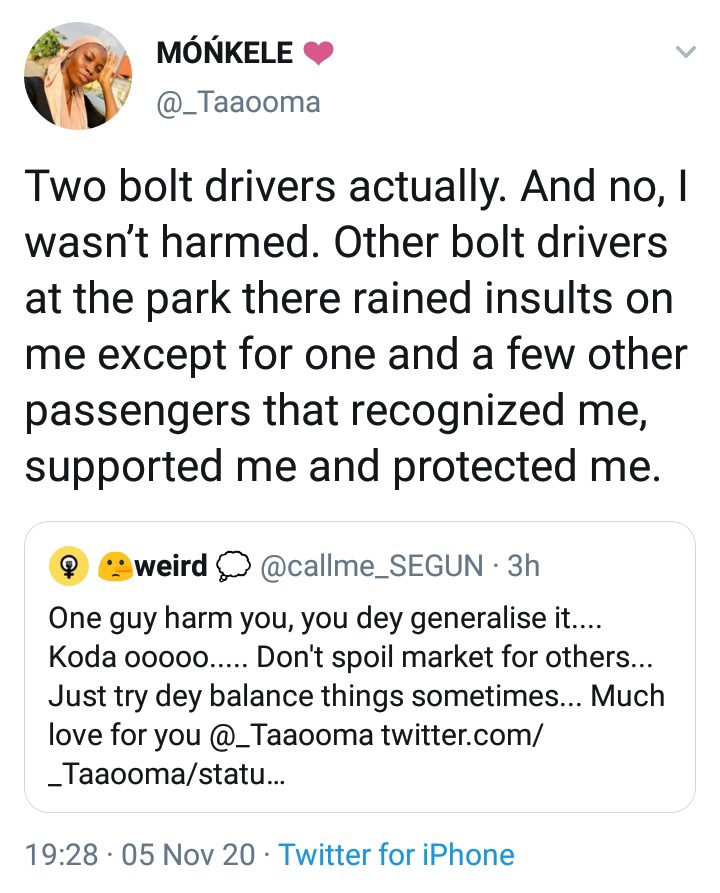 Taaooma expressed her shock at the level of indiscipline and behaviours enacted by the bolt app drivers in rending their services. It brought her down as she let her emotions out.

"Thank you ooo @Boltapp_ng ... even if I have to walk down to where I’m going I’ll start doing that now... instead of getting beaten! 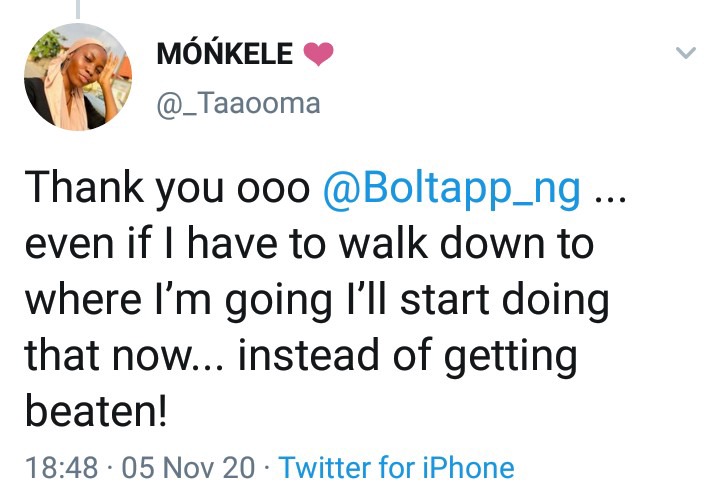 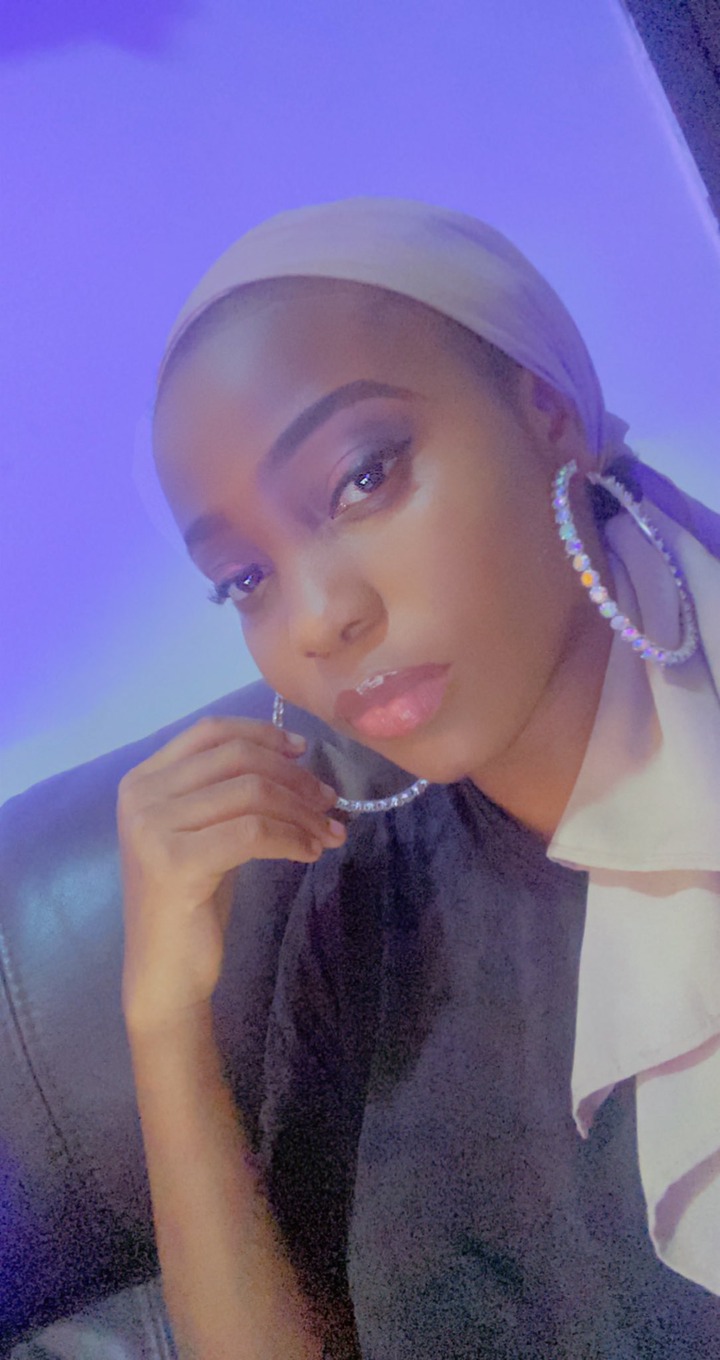 Content created and supplied by: Tbomb (via Opera News )