Photos: 7 most transformed Nigerian Celebrities. No 6 will shock you. 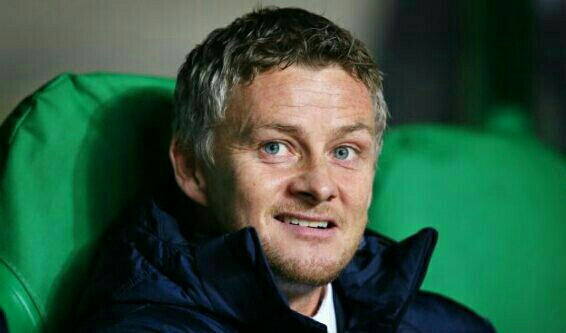 Have you ever had that experience? Where you see someone's picture on Instagram or Facebook or wherever and think to yourself "Wow! When did this happen?"

Sometimes the process is slow and gradual so the surprise comes because of how much time has passed. For example, looking at my cousin sometimes I can't help but say "Wow! Where did the time go?"

But then there are some pictures you see, like a couple of the ones below where the surprise seems to have just...happened. Almost overnight.

Some people believe these celebrities may have had some cosmetic surgery done, others believe the transformation to be a result of a strict workout routine. Whatever your school of thought, one thing we can all agree on is that there is a huge difference between the before and the after pictures below, and for every celebrity that has offered up an explanation as to the difference, I will let you know in the article below.

So brace yourself, get ready, and let's get into some very interesting transformations.

Popular Nigerian OAP and socialite Toke Makinwa's body transformation is by far one of the most talked about transformations on the Nigerian internet.

There are so many rumors circulating the air about whether or not she went under the knife to achieve this full body transformation. In December of 2018, Toke made it clear that she in fact didn't like the way her body was and decided to change it. She said in a tweet:

On the topic of cosmetic surgery which she has been so heavily criticized about, Toke spoke candidly in her vlog saying:

If you are someone who wants to get a boob job for yourself, if you want to get any part of your body enhanced, don't let anybody shame you for making those choices. It is the same God that gave the scientist the brain to invent certain things like phones, sim cards, that gave doctors the brain to find new ways to make the body better.

Well, the doctor definitely made so enhancements. Here are some other before and after shots of the OAP.

If you think Toke's transformation is the most insane, don't forget to cast your vote at the end of this article to see if the other readers agree with you.

Tonto Dikeh is unarguably one of the most controversial and opinionated Nigerian celebrities. Where other celebrities tried to play coy about going under the knife, Tonto Dikeh not only admitted to it multiple times but even went as far as showing us the process of her in the doctor's office undergoing the surgery.

Speaking to BBC Pidgin about her decision to get work done, Tonto said:

Almost everyone knows, before now, that my physique wasn’t always right. If I had denied undergoing plastic surgery, fans would come trolling me for not revealing the truth.

There’s also the stereotype problem that makes African women who undergo the procedure feel they have to deny doing so and keep it a secret. But why would I be ashamed to say I altered my physique? That norm, I think I’ve broken away from it.

Confidence! Since I had my bum done, it has bolstered my confidence. I liked myself more. I became happier such that I even doubted if this was truly my body. If you don’t like it, fix it. That’s me.

You fix it through different numerous ways. But it doesn’t always have to be surgery. I’m an advocate for surgery but I won’t persuade anyone to do what they don’t intend doing. So, do you as I do me.

To vote for Tonto as the most insane transformation, cast your vote by commenting below.

Nollywood actress, Chika Ike, is a woman who many believe has undergone plastic surgery despite the fact that she's never said so.

Responding to a fan on Instagram who questioned her about going under the knife, she insisted that her body transformation is all natural.

I never liked my body growing up and was constantly bullied about it. I was so skinny and was the tallest in my class. I never looked forward to morning assembly because I'll have to stand at the back of the class or class presentations to talk about “your best friend “ because I’ll be described as the thin girl. I can remember eating all sorts to things to gain weight but nothing worked, I really craved to have some flesh on me. I was called all sorts of names like Lepa, thin girl and Agric chicken because I was so skinny and tall. So I started modeling as soon as I graduated from secondary school because modeling agents thought I had "the look”. Today the reverse is the case, I'm on all sorts of diet programs and exercising every other day to keep the weight I’ve always wanted in check, I feel bad after licking ice cream or eating anything with high-calorie content because ill have to suffer in the gym. Growing up slim wasn't cool now its cool. The truth is you have to constantly love you, you can't be cool to everyone, the world will always have a standard of what you should be, who you should be and how you should live your life. If you want to make changes or improvements let it not be because of pressure or people’s unconscious bias about you.Do it for you. You should hold your pen and draw your life plan... Do you... Mind your business.....Run your race. Do not let anyone define you or rush you with their timeline. We all have different stories, journeys, and different clocks. You are you and that is your power!💋❤️

Well, I'm going to take her word for it. If this is the result of fitness, training, and maintaining a good diet, then I applaud her and give her kudos for setting a goal and accomplishing it.

Here are some other transformation pictures.

To vote for Chika as your choice for most insane transformation, cast your vote by commenting below.

Veteran Nollywood actress Ini Edo has always been a Nigerian bombshell. Since she burst unto the scene in 2000, she has been on almost every "Nigeria's Hottest" list.

But sometime around the last 2 or 3 years, fans started accusing the actress of altering her body due to new pictures she begun posting on Instagram and her appearances in movies such as the popular Chief Daddy in 2018.

Despite all of the allegations made against her, the 37 year old actress has never confirmed nor denied going under the knife.

Here is another transformation picture:

To vote for Ini as the most insane transformation, cast your vote by commenting below.

Actress and Television Host, Linda Osifo is a 28 year old Nigerian beauty queen whose transformation caught the eyes of many Nigerians.

Her transformation truly is a remarkable one.

To vote for Linda as the most insane transformation, cast your vote by commenting below.

Actress and socialite, Annie Idibia, has been around for over a decade now. Over the last couple of years, she begun posting workout videos, post-workout pictures, etc.

Still, many people believe that Annie Idibia's transformation did not come by working out alone.

Addressing the rumors about her body, Annie credited the transformation to GetFit Waist and belly trimmers.

Regardless of her means, her transformation is truly uncanny.

To vote for Annie as the most insane transformation, cast your vote by commenting below.

Nigerian actress Rukky Sanda is the final transformation on our list. Personally, I don't see any real difference. I think the clothes she wears and the angles from which she takes her pictures play a big role in the pictures we get to see.

However, a lot of Nigerians believe that Rukky Sanda might have undergone cosmetic surgery to enhance her butt specifically.

Do you think Rukky is the most insane transformation, cast your vote by commenting below.

Now that we've gone through all 7 transformations, which do you think is the most insane one for you?

Personally I think the difference between Toke Makinwa's before and after pictures blow my mind. But I'd like to hear what you think.

Who do you think has the most insane transformation? You can pick more than one answer.

Alright! That brings us to the end of our list. I hope you've enjoyed reading through this article.