Einar, a Swedish rapper, was killed in an apparent gang-related attack.

By Ericgold4real (self media writer) | 2 months ago 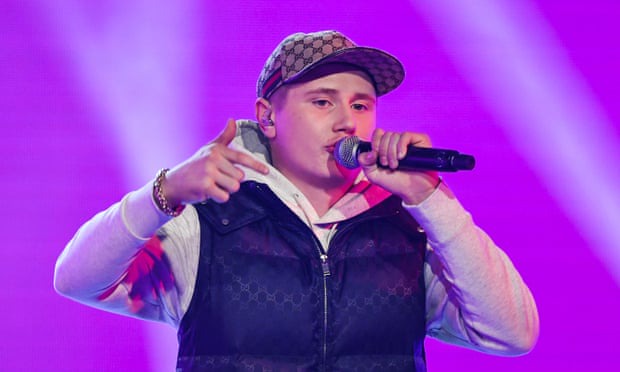 One of Sweden's most popular rappers was shot and killed in Stockholm, adding to public outrage over the country's recent deadly wave of gang-related violence. Einar, whose full name was Nils Kurt Erik Einar Gronberg, was Sweden's most streamed artist on Spotify in 2019. He released three chart-topping albums and won several Swedish Grammys and other music awards. He was shot multiple times outside an apartment building in Hammarby Sjöstad, a southern Stockholm suburb, shortly before 11 p.m. on Thursday. A murder investigation has been launched, and at least two suspects are being sought.

"We are actively working to determine why this occurred and who may be responsible," said Ola Osterling, a Stockholm police spokesperson, to the national news agency TT. According to unnamed sources, the killing was gang-related, and Einar was scheduled to testify in a case against the so-called Vrby gang the following week. He had received death threats in recent months, according to reports.

Police said CCTV footage from two surveillance cameras was being analysed, but they would not speculate on possible motives. According to the Aftonbladet newspaper, the rapper was shot multiple times in the chest from a distance of about 1.5 metres. Einar, whose breakthrough single Katten I Trakten (The Cat in the Area) reached number one in the Swedish singles chart when he was 16, frequently referenced a life of crime in his songs, including drugs and weapons. He had a history of assault, drug offences, and drunk driving convictions.

Last April, he was kidnapped, beaten up, and blackmailed for 3 million Swedish kronor (approximately £250,000) by members of the Vrby gang, who had enlisted the help of a rival rapper, Haval Khalil, to lure him to a flat in Stockholm. The same gang had attempted and failed to kidnap Einar at a Stockholm music studio weeks before, using another rapper, Yasin, Sweden's artist and hip-hop artist of the year in 2020, as bait. A court sentenced Khalil to two and a half years in prison in July of this year for aiding and abetting a kidnapping. Yasin, 23, full name Yasin Mahamoud, was sentenced to ten months in prison for kidnapping conspiracy. Both deny the charges and intend to appeal.

The sentences were handed down as part of a larger case involving the Vrby gang, 27 of whose members were convicted of serious crimes such as murder, attempted murder, robbery, extortion, kidnapping, and drug and firearm offences. Over the last few years, Sweden has experienced a surge in gang violence. According to a recent report, it was the only European country where fatal shootings had increased significantly since 2000, going from one of the continent's lowest rates of gun violence to one of the highest in less than a decade.

Stefan Lofven, the Social Democrat prime minister, said in Brussels, where he was attending an EU summit, that Einar "meant a lot to many young people."It's tragic that another young life has been lost." The main opposition Moderates party's law and order spokesperson, Johan Forsell, said the "limits of what can be accepted in a civilised country" had been exceeded "a very long time ago."To turn the tide and get Sweden back on track, we need action, not words." "Once again, a young person's life is extinguished due to gang violence," said Annie Lööf, leader of the Centre party. Parents must bury their own children once more. "There are many of us who are mourning, who have had enough of the senseless violence, and who want to see gang crime combated."