By Xamxon (self meida writer) | 1 months

People have reacted after American Business Magazine, Forbes said Davido is the biggest, the best and the most influential African. This was disclosed after Forbes named Davido the richest Artist in Africa. 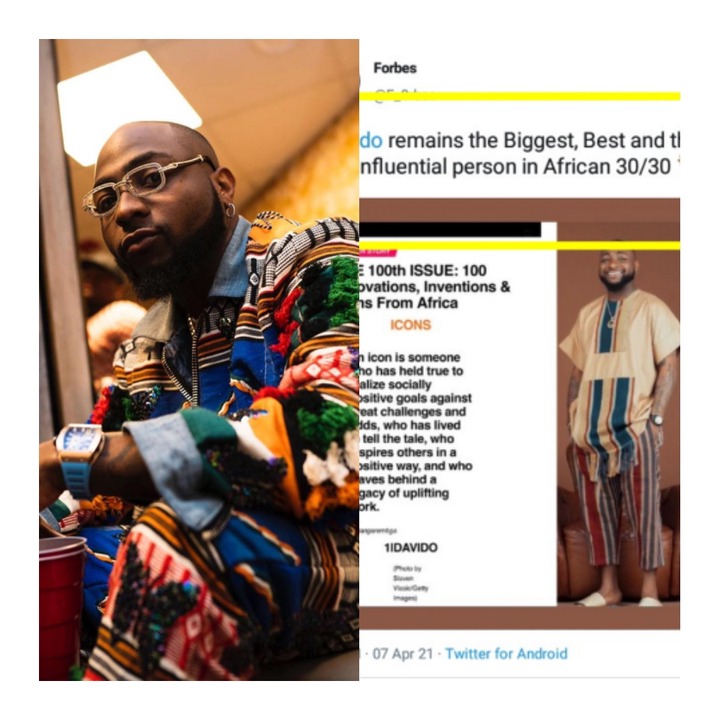 Davido was ranked number 1 in Africa by Forbes.

David Adeleke Adedeji professionally Known as Davido is a Nigerian singer and songwriter who was born November 21, 1992 in Atlanta, Georgia. He is the youngest of five siblings and his father's second-born son. He is the son of Billionaire Businessman, Adedeji Adeleke. 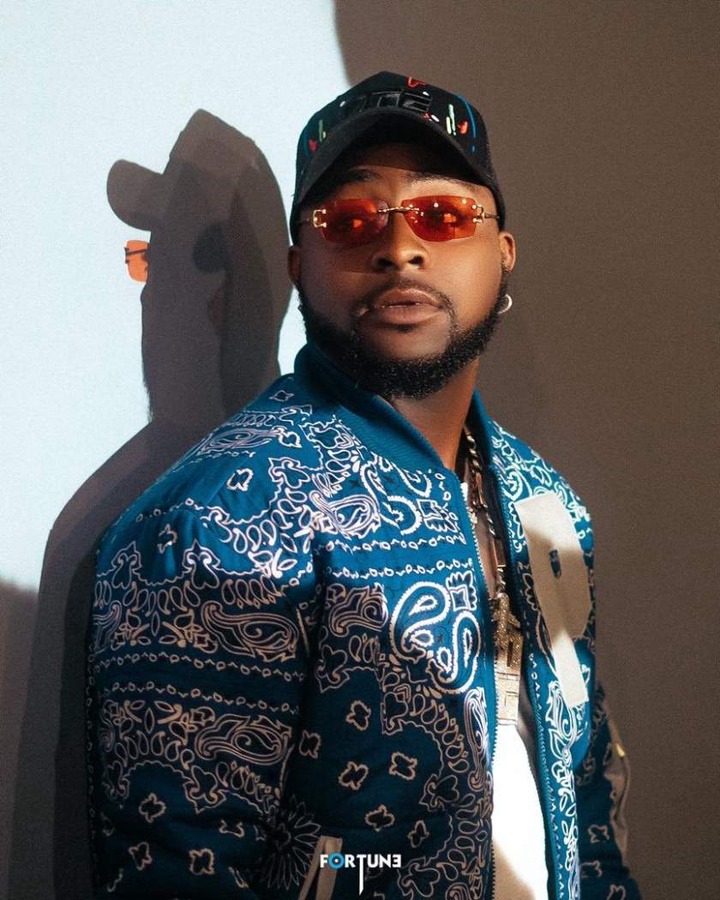 Davido preceded his career after the release of dami duro in 2012. Davido is one of the greatest Artists in Africa. 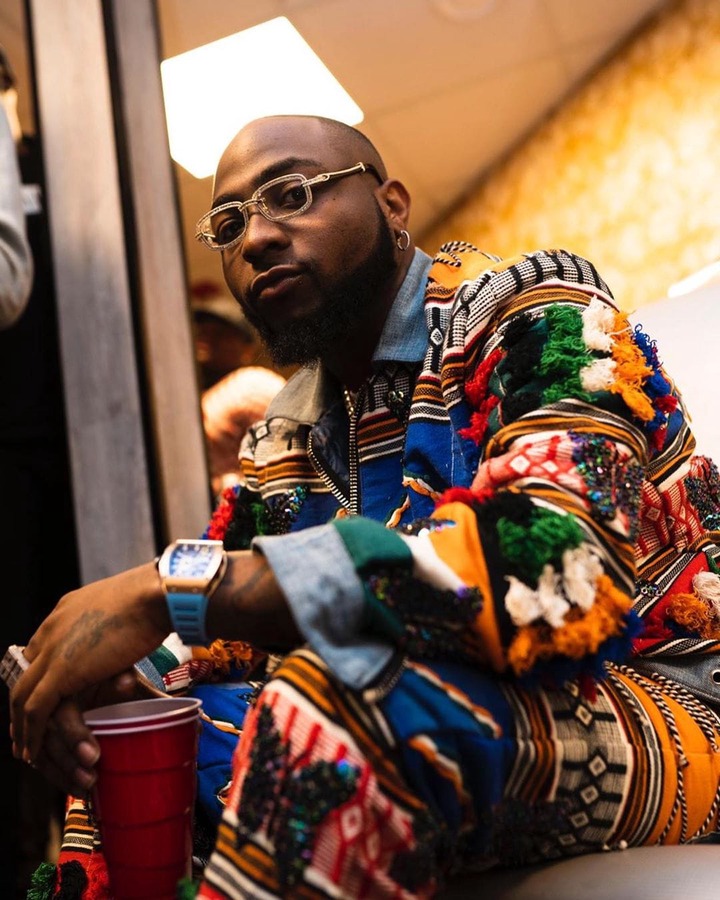 Davido have appeared as the richest Artist in Africa after Forbes released current list. He has emerged as the Richest which has made Forbes acknowledge him as the Biggest, The best and Most Influential African Artist. 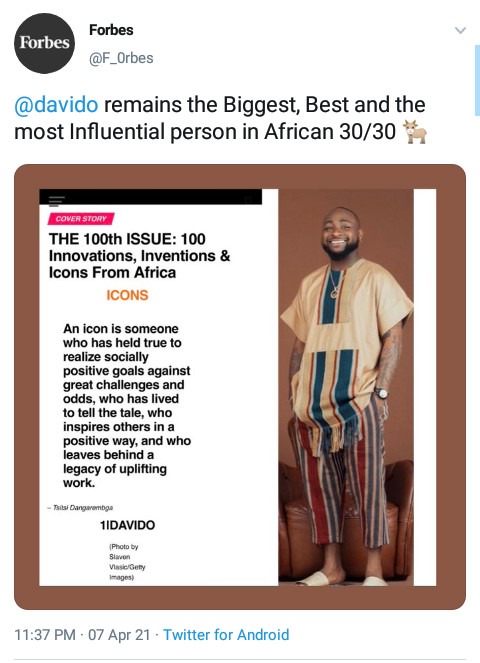 See reactions after Davido was named the richest Artist in Africa 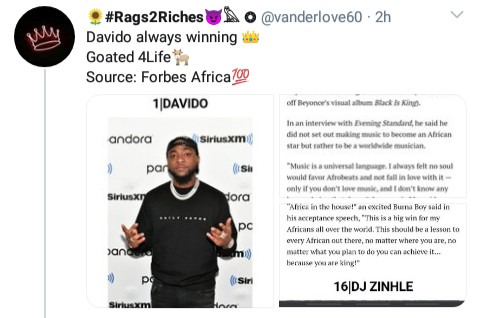 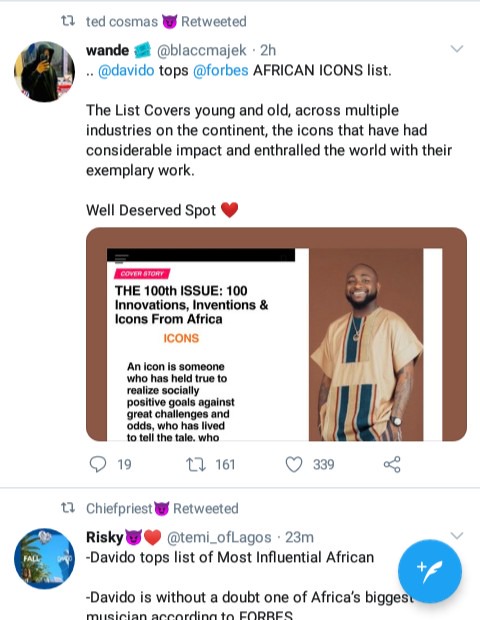 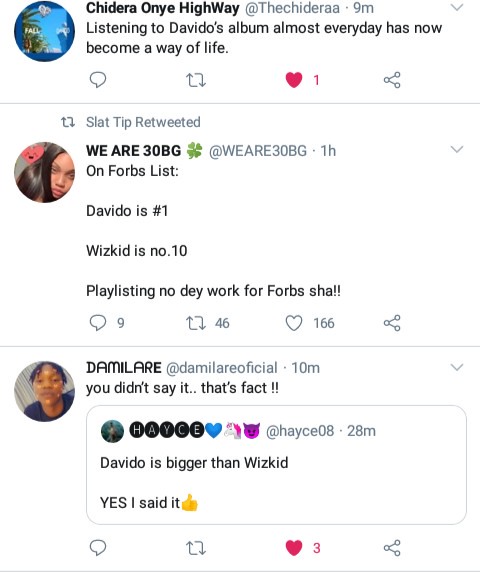 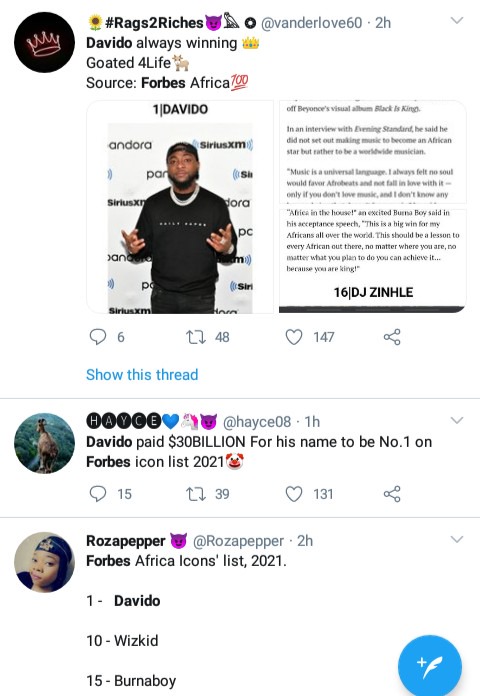 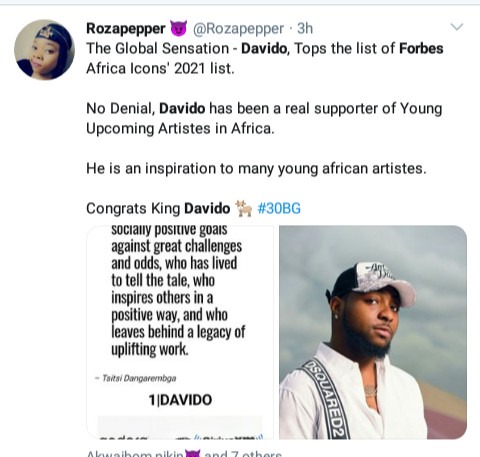 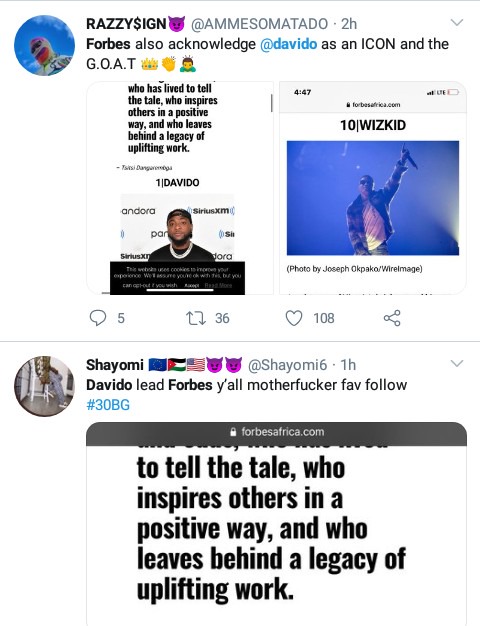 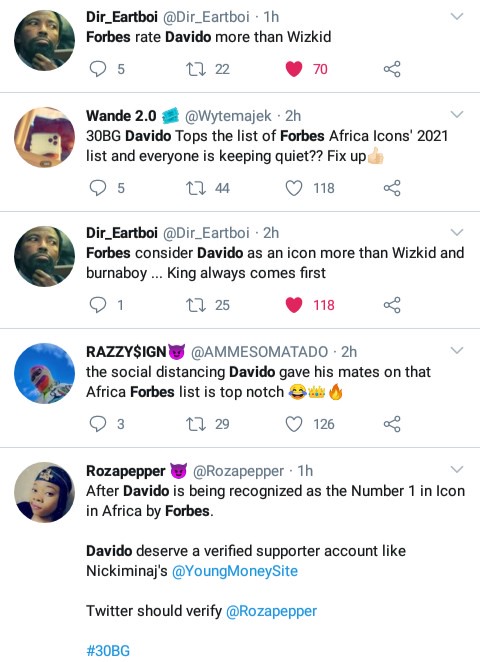 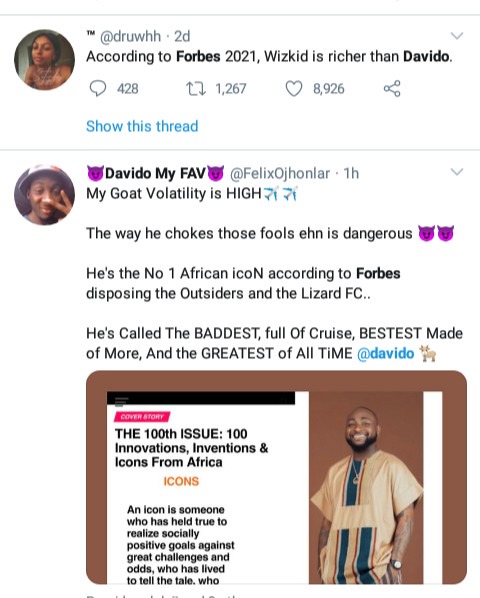 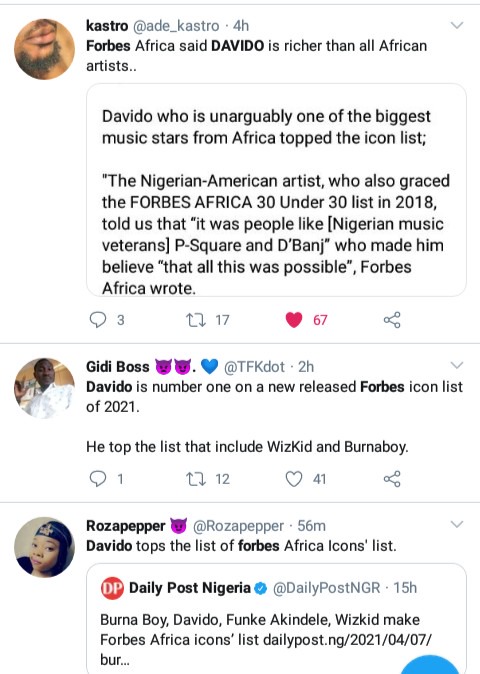 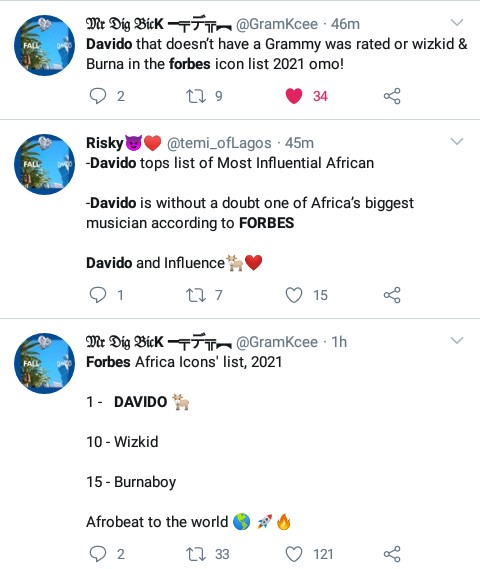 CHE VS LEI: Check Out What Leicester Manager Said Ahead Of FA Cup Final.