Weeks After She Did A Makeup To Look Like Obasanjo, See What She Has Done In Support Of #EndSARS Protest

By gistnodeyfinish (self media writer) | 1 year ago

The quest to see that the Nigerian police gets reformed is gradually heating up day by day. Thousands of Nigerians continues to match to the street in their agitation and campaign against the brutality and harassment of innocent Nigerians by the Special Anti Robbery Squad (SARS).

Nigerians nationwide continue to clamour for an end in police brutality and they are not ready to give in or compromise until the Nigerian Government hears their cry and address the five points agenda they have put in place. The Special Anti Robbery Squad has been accused of banditry, brutality, and kidnapping.

These Anti SARS protesters are not just clamouring for a reform of the Nigerian police but also yearning for a new Nigeria. A Nigeria in which you don't need to know somebody to get a good job. The protest has unraveled people of different characters.

Body imitation artist, Richard Jane isn't left out of this campaign against police brutality. Recall, that this talented lady on countless occasions had transformed her face into faces of renown figures which includes the number one citizen of the country, President Muhammadu Buhari, Nollywood veteran actors, Pete Edochie and Kanayo .O. kanayo. 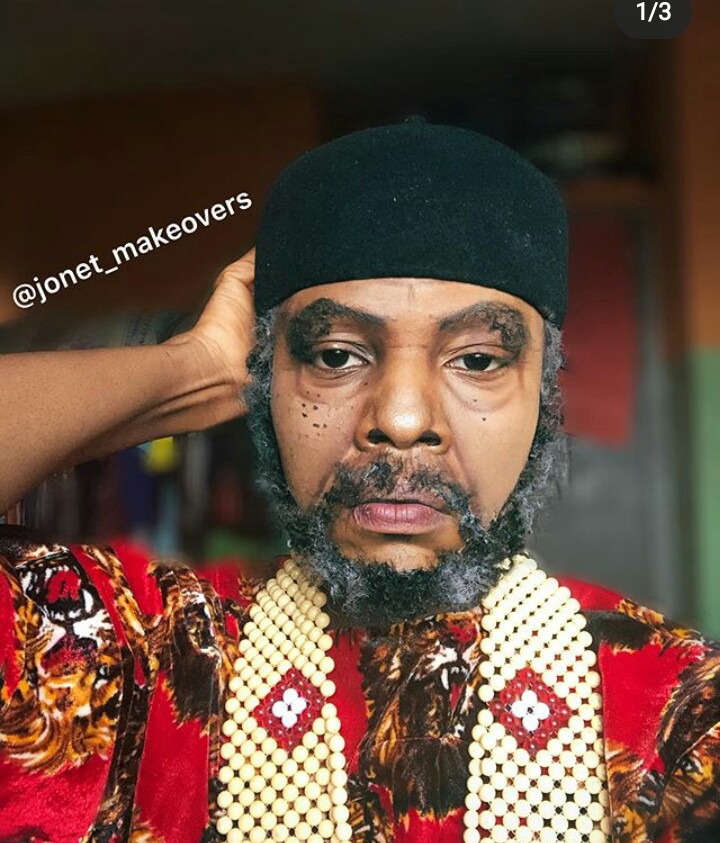 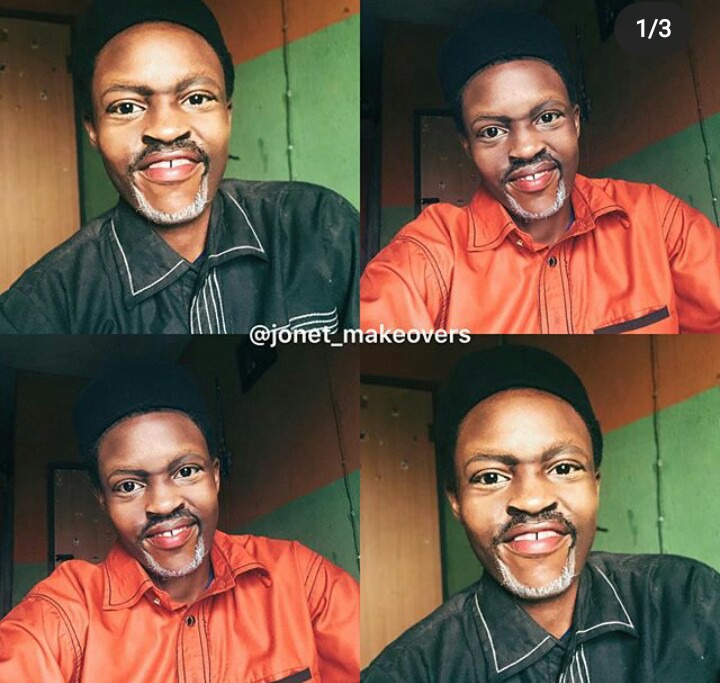 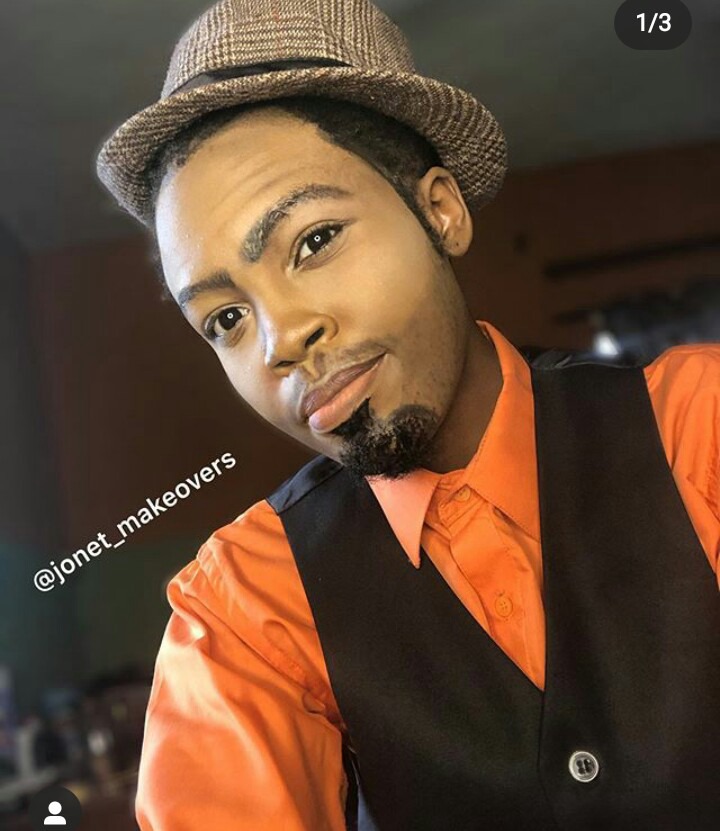 She also took her level of expertise to the Nigerian Music Industry where she did makeups to look like Don Jazzy and Davido. 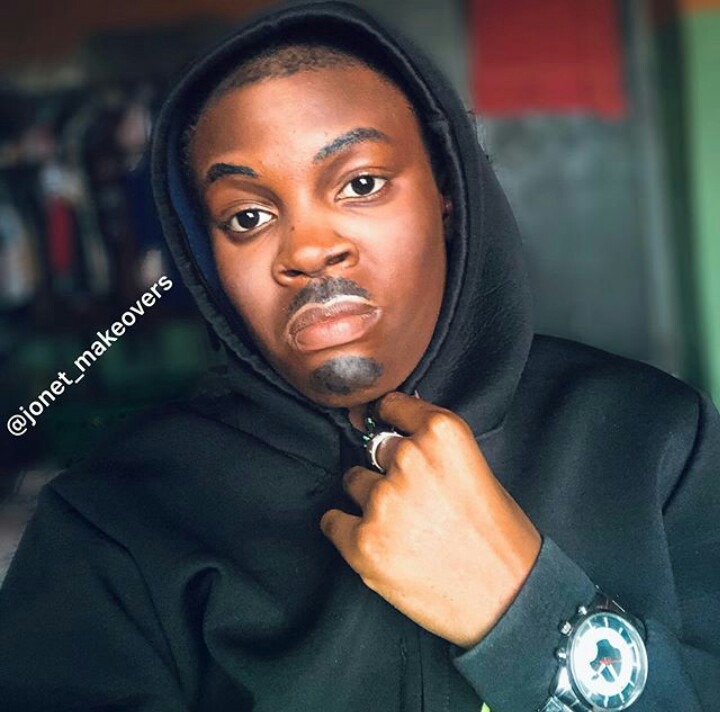 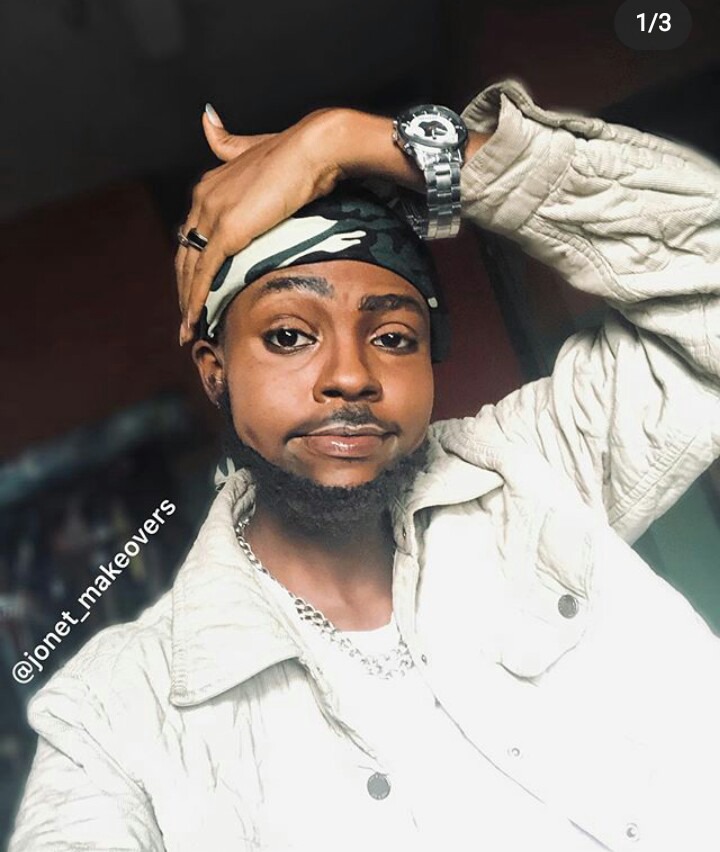 Following the demise of Black Panther hero, Boseman Chadwick, she went on to pay tribute to him by transforming her face to be like his. 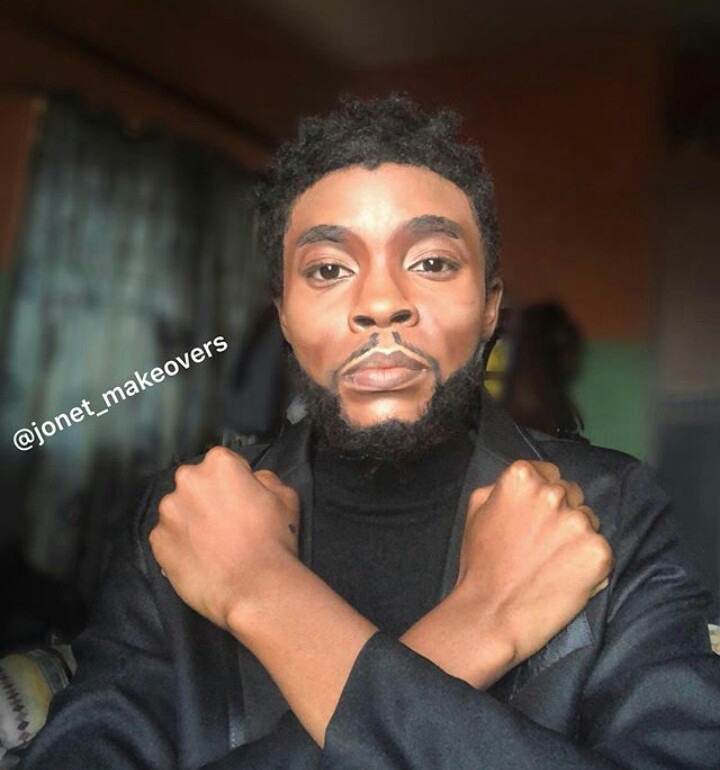 When I thought I had seen it all, Richard Jane did a make up to look like an old woman and it just looks too good to be true. 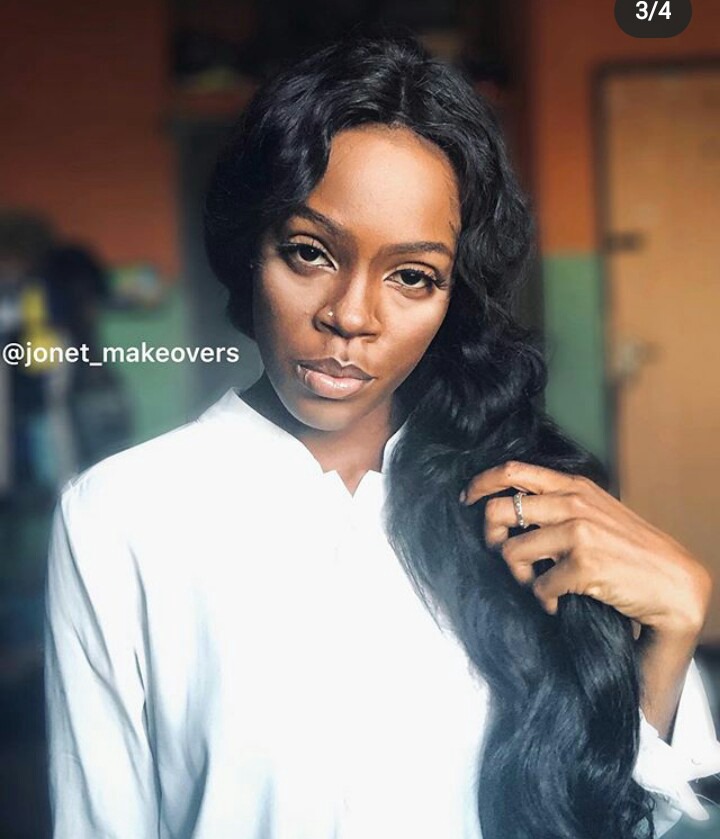 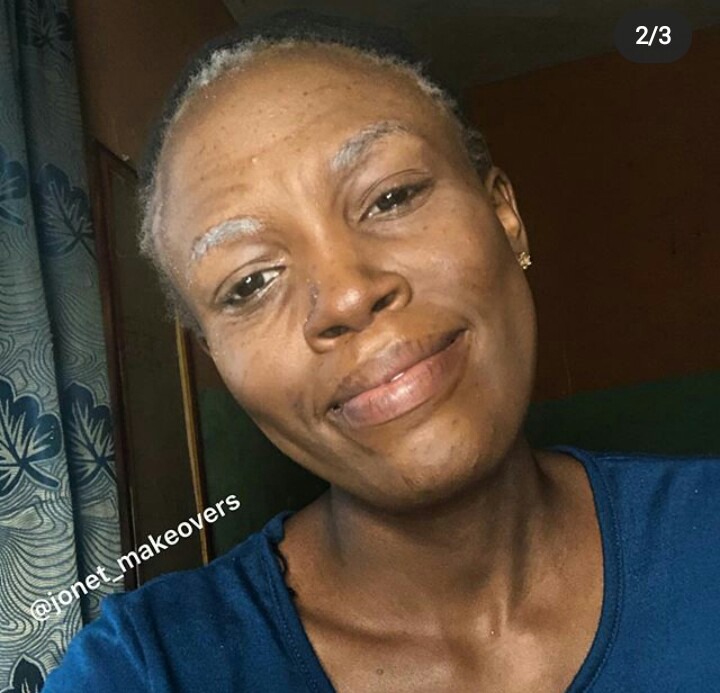 Recall that she did a makeup to look like former president, Chief Olusegun Obasanjo on Nigeria's Independence Day. 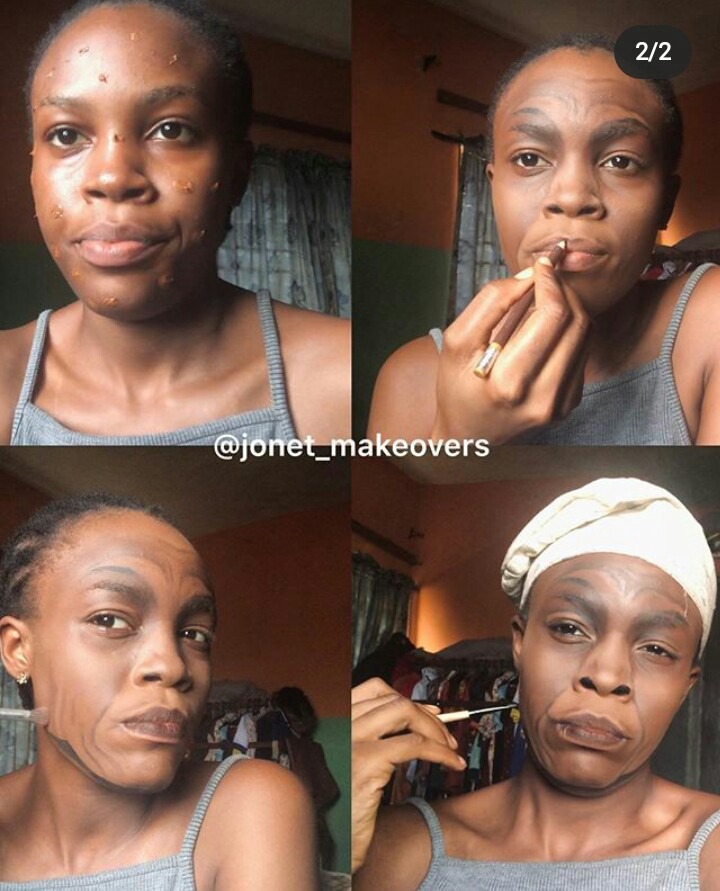 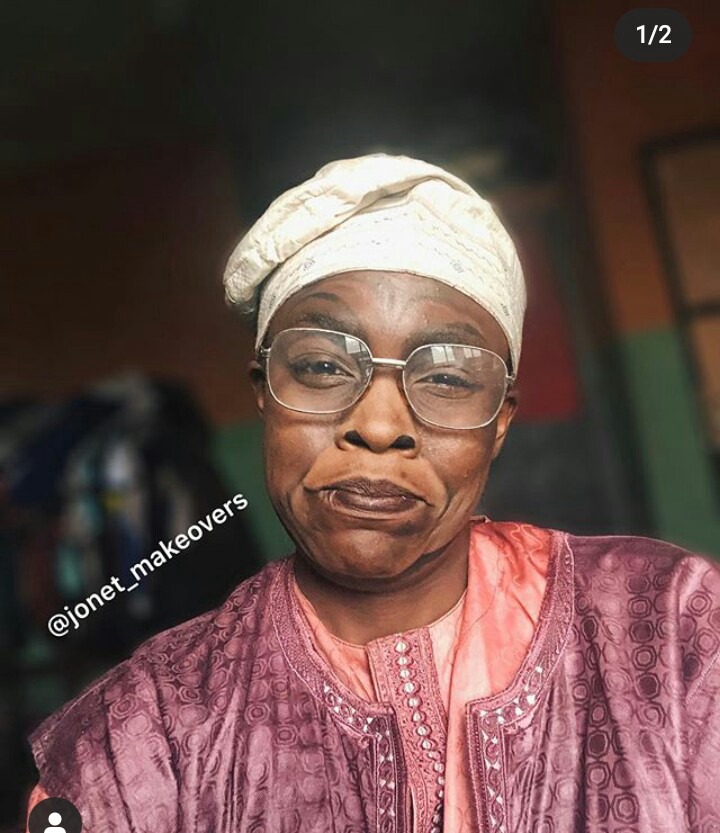 It's barely three weeks now and as a result of the protest against the Special Anti Robbery Squad, she has done a new makeup to pass a message to the Nigerian Government. She did a makeup to look like Late Fela Anikulapo Kuti. 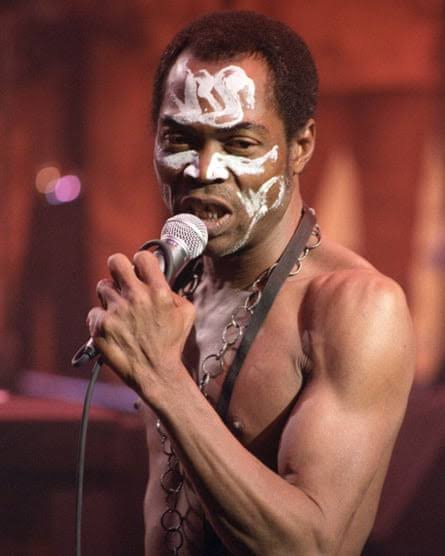 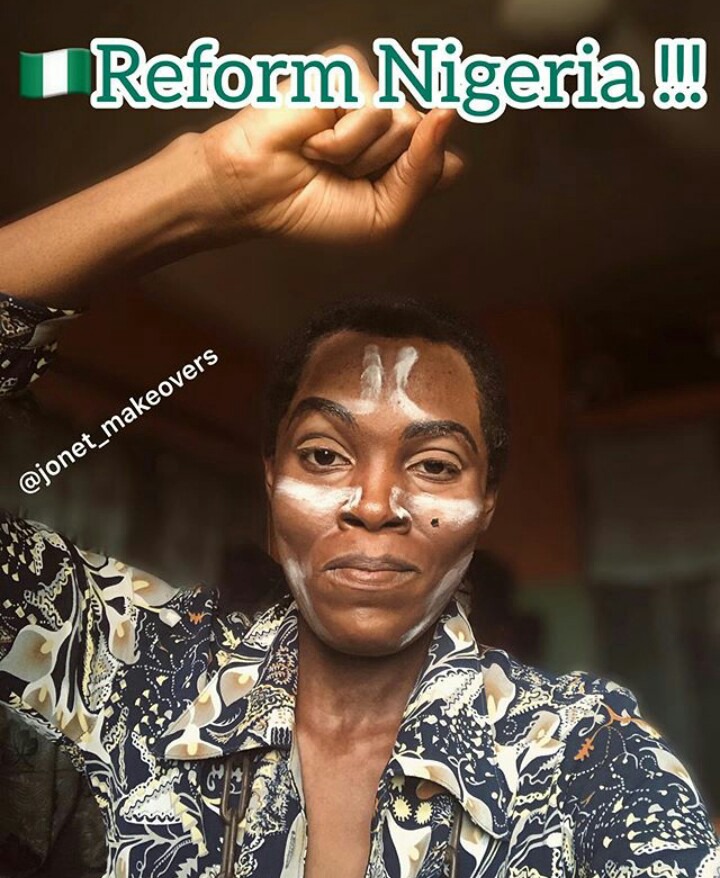 Fela Anikulapo Kuti (15 October 1938 – 2 August 1997) was a Nigerian multi-instrumentalist, bandleader, composer, political activist, and Pan-Africanist. He is best known as a pioneer of the Afrobeat genre, a blend of traditional yoruba and Afro-Cuban music with funk and jazz. At the height of his popularity, he was referred to as one of Africa's most "challenging and charismatic music performers". He was described as "a musical and sociopolitical voice" of international significance.

I know you would a word or two to say about this lady's talent and the protest against the Special Anti Robbery Squad, so don't hesitate to get the comments coming.

What's your take on this lady's body imitation skill?

If you are to rate her on a scale of 10, what would you score her?

What's your take on the ongoing protest against SARS?

Do you want SARS to be disbanded or reformed?