By Femfirst (self media writer) | 8 months ago

Nollywood actress Toni Tones who featured in one of the most talked about Nollywood movie, King of Boys: The return of the King. revealed that the popular phrase or slogan used by most Nigerian youths "Soro Soke Were" was her own way of contributing to the unforgettable EndSars protest against police brutality held across the country towards the end of the year 2020. 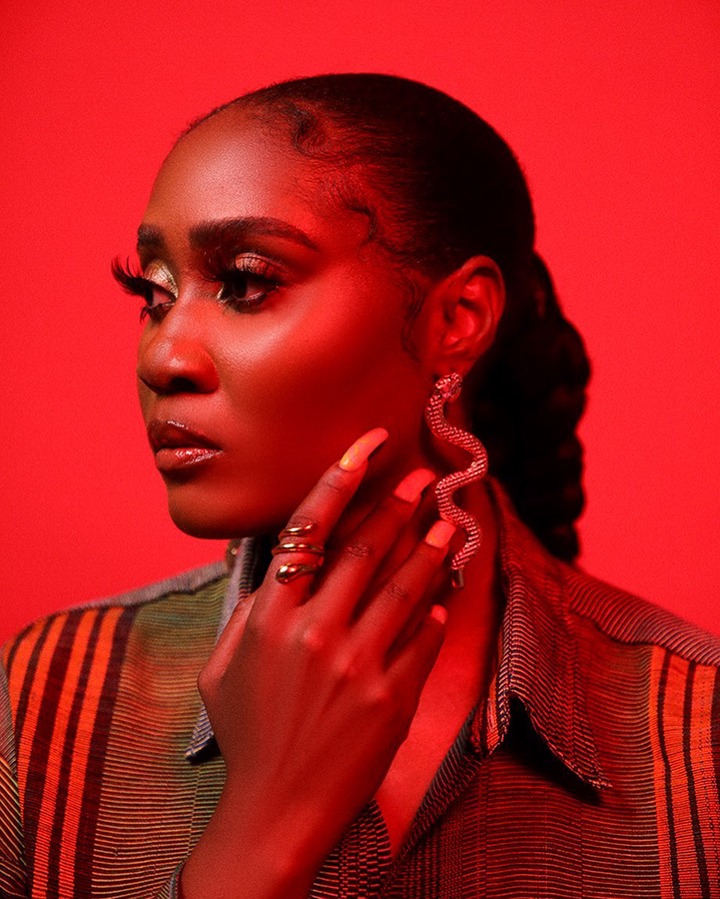 The beautiful actress who made mention of the slogan "Soro Soke Were" played the character young Eniola, made use of the phrase during one of her head to head encounters with Eniola Salami (Sola Sobowale) when she regretted her ordeals that led the death of her two children. 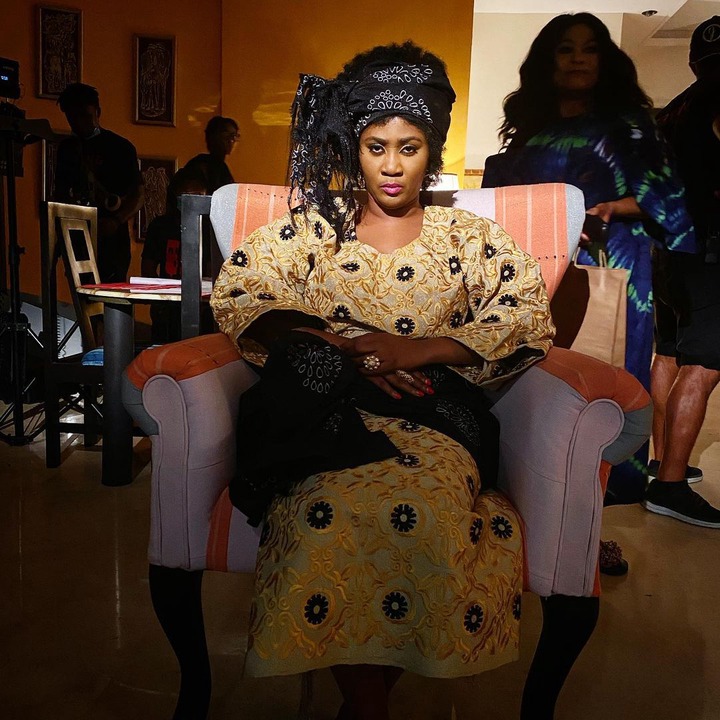 Toni Tones further revealed that she couldn't get to any of the protest grounds around her visinity be because she was on set shooting the part 2 of the King of Boys. Which made her to use the popular lines during the protest as a form of tribute to those who made the movement. 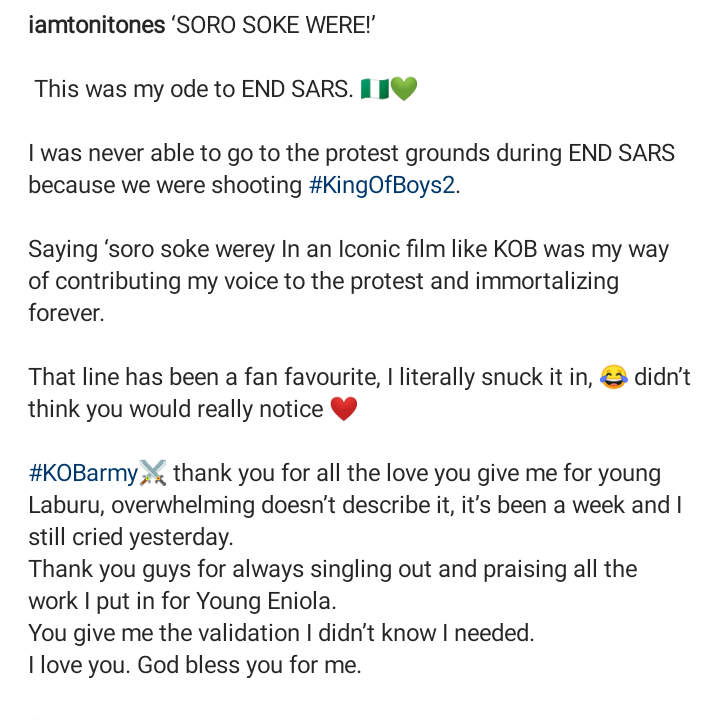 And to those that were allegedly killed in the "Lekki Massacre" at the tollgate on the 20th of October 2020.