By OmoGbadamosi01 (self media writer) | 1 month ago

Tayo Faniran has called out the organizers of Big Brother Africa on Instagram where he accused them of robbing him off his victory in 2014. Tayo announced that he had lived with the pain since 7 years ago. 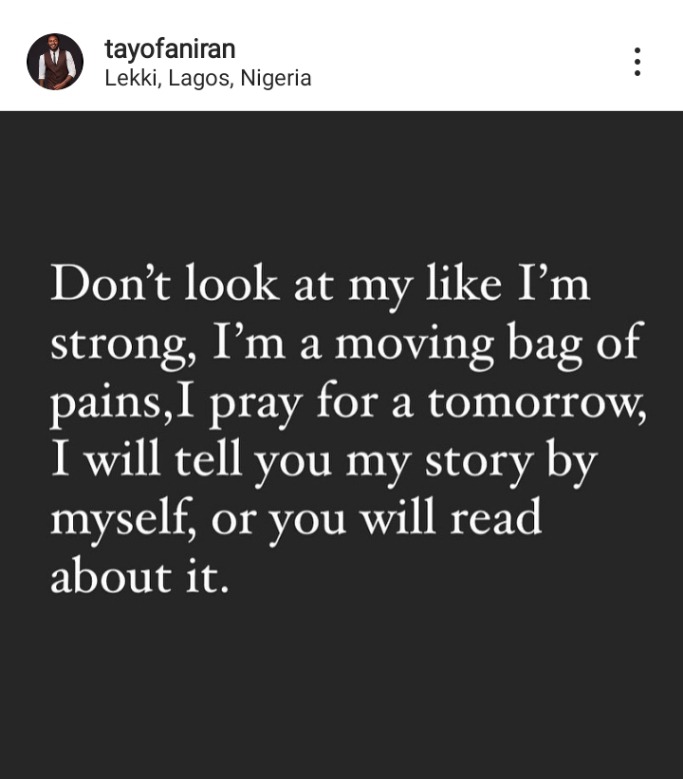 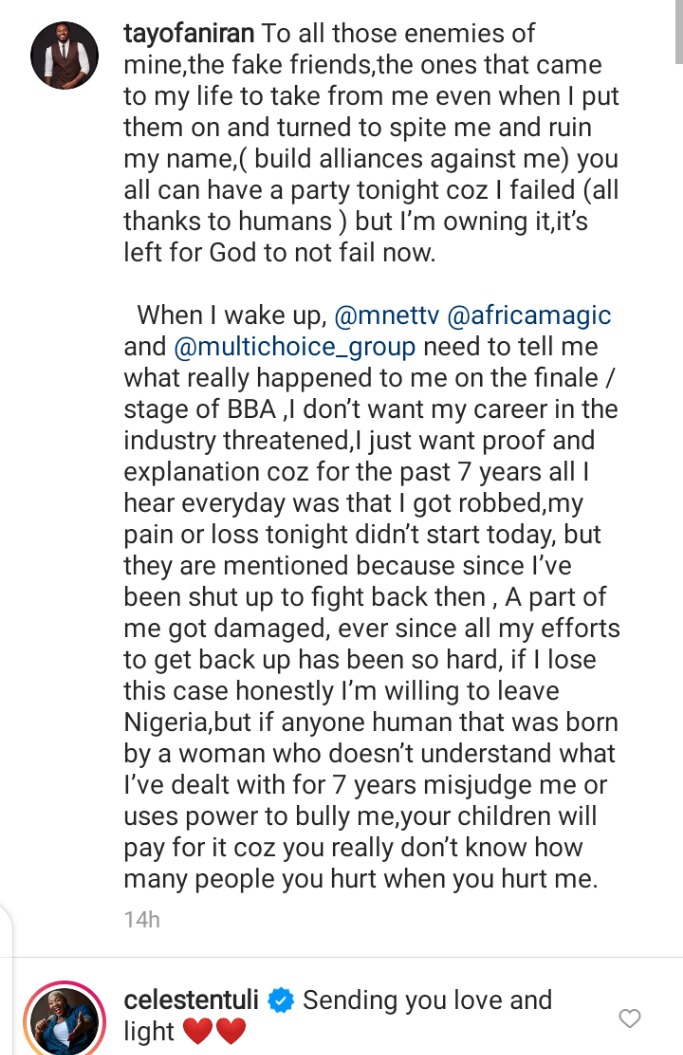 However, I believe that Tayo has no moral right to drag Big Brother on Instagram. As a viewer and fan of the show, I can categorically state that Tayo is responsible for his loss in the finale of the show.

Recall that Tayo lost to Idris Sultan from Tanzania in the ninth edition of the show. Instead of him learning from his mistakes in the show, he is threatening to leave Nigeria. He also cursed those who might misjudge his outburst. 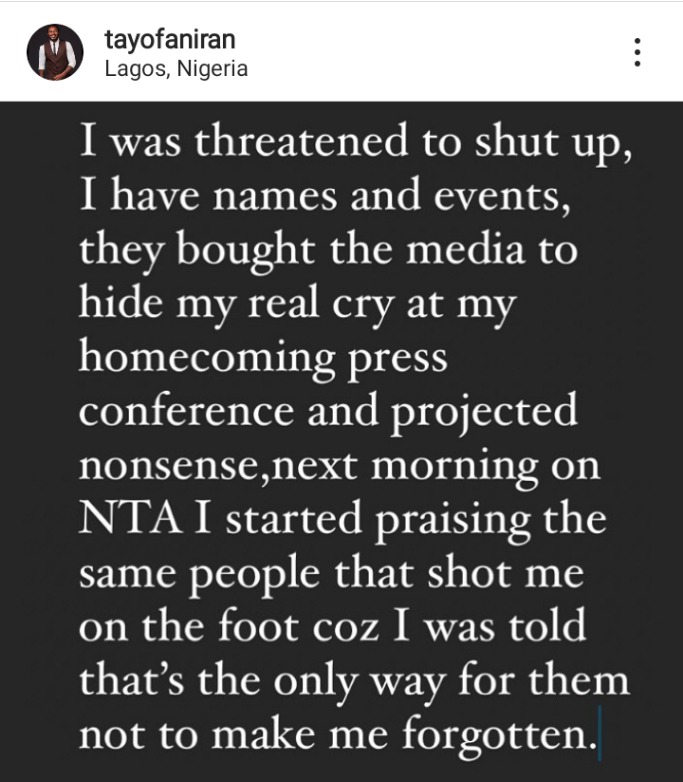 One of the major causes of his loss in 2014 was that Tayo did not mingle with any lady in the BBA house. His only best friend was Trezagah from Mozambique. He noted that he didn't want to cheat on his girlfriend.

Furthermore, Tayo had a lot of confrontations and disputes in the house. He had a spat with Uti, quarrelled with Sheila, JJ and almost all the housemates.

The viewers and voters do not find this funny. He did not even sound apologetic when he broke a door in Biggie's house and was punished for it. The bitter truth is that he didn't portray himself in a good way on the show.

Idris Sultan was the direct opposite of Tayo Faniran. He warmed his way into the heart of the voters by being friendly with everyone. He maintained a healthy relationship with the housemates in the house. 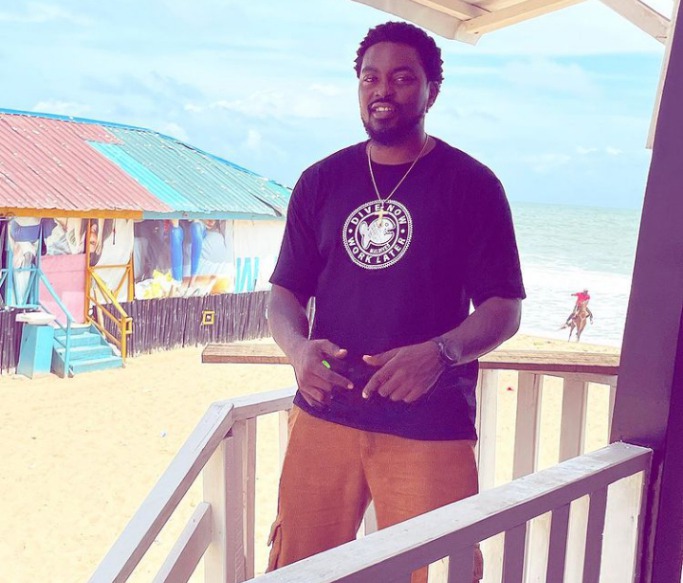 Instead of dwelling on the past, Tayo Faniran should focus on how to develop his brand and become successful. His loss at the BBA finale is not the end of the world.

He should learn from BBNaija stars like Ebuka, Tacha and Erica. Despite the fact that they were evicted or disqualified, they're doing very well for themselves. Tayo needs to move on with his career.