The Heartbreaking Reason why Oprah Winfrey Decided not to have Children

Imagine being so famous that your first name is synonymous with an entire industry. Well, that’s Oprah. She’s dominated the media industry for decades, her unrivaled talent and charisma leading the way. But she wasn’t exactly born into this life of everlasting success and luxury… 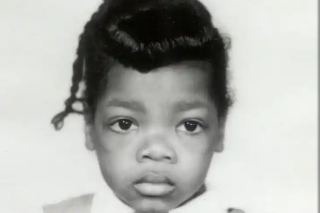 Every hero has an origin story, and Oprah’s, who became the world’s first female black billionaire, was undoubtedly painful. Born on January 29, 1954, in rural Mississippi to a poor, teenage mom, she suffered at the hands of abusive family members. 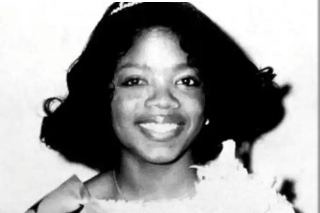 The recurring abuse led to an inevitable pregnancy, and in 1968, at the raw and impressionable age of 14 years, Oprah birthed a son she later named Canaan. He tragically died just a few weeks post-birth.

But an ambitious teen Oprah didn’t let her tragic childhood seize her from achieving her dreams. Later, she landed a job in radio before she even graduated high school, unknowingly starting what would be her downright legendary career. 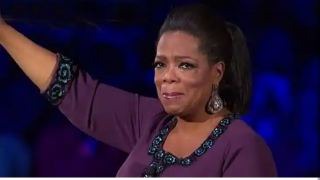 After a few years in the working world, Oprah began hosting local talk shows in the ’70s and early ’80s, eventually gaining tremendous ratings at Chicago’s WLS-TV station. This caught the attention of a very famous film buff.

Acclaimed film critic and journalist Roger Ebert, then known for his TV show At the Movies, encouraged the on-the-rise Oprah to sign a syndication deal with King World regarding the future of the little talk show that could. She took his advice, and more wins came her way. It was 1986 when Oprah began hosting her self-titled talk show, The Oprah Winfrey Show. It became known for many things: celebrity interviews, transformative makeovers, social issue analysis, and giveaways — lots and lots of giveaways.

Soon, people were ritualistically tuning into the show, which earned explosive ratings, it being the highest-rated talk show ever. The woman was on fire, but soon intimate aspects of her personal life caught aflame, too.

See, in 1986, just as her talk show found legs, she met businessman Stedman Graham at a charity event. The two started dating that same year, and by 1992, they were engaged to be married — but then, curiously, they called off the wedding. 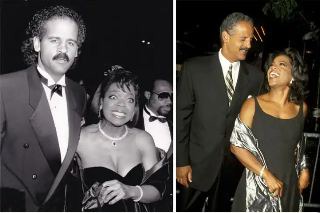 Opting instead for a “spiritual union,” the two would remain partners moving forward. Naturally, the media and tabloids latched on to this personal information: why didn’t she want go get married? Why didn’t she want kids?

Oprah never supplied answers, so soon, rumors took on lives of their own. Because she had a very tight and public bond with journalist and television personality Gayle King for a kajillion years, some assumed they were more than friends! 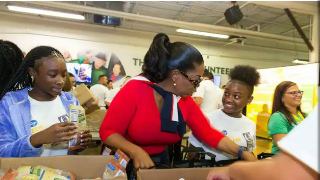 So, after battling suspicions and questions regarding her lack of mini Oprahs for what seemed like eternity, the busy, admittedly impatient, Oprah finally supplied an answer and put rumors to rest.

“If I had kids, my kids would hate me,” she explained, going on to say that any kids she had would end up processing the hardships of their childhood on some talk show equivalent to The Oprah Winfrey Show. She elaborated.

To keep her career going strong, “Something would have had to suffer,” she said, “and it would’ve probably been them.” The media mogul had several plates spinning for decades, so it’s no wonder that she never decided to spin a plate in the offspring department. Despite her feelings towards motherhood being shaped by her troubled past, her maternal nature is undeniable. “When people were pressuring me to get married and have children, I knew I was not going to be a person that ever regretted not having them,” she said, “because I feel like I am a mother to the world’s children.” 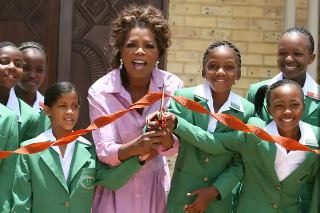 So while she may not be a mother in the traditional sense, her dedication to improving the lives of children stands on its own merits. For instance, after a 2002 meeting with Nelson Mandela, the two had together agreed that “education was a way to end poverty in the nation of South Africa.” So Oprah went to work. In 2007, she opened the Oprah Winfrey Leadership Academy for Girls in South Africa, which gives educational and leadership opportunities to young girls in need. Her motherly work went on.

Among her prized Oscar and countless Emmys, Oprah won several awards for her humanitarian and philanthropic work, including her acceptance of the Bob Hope Humanitarian Award in 2002, and the Presidential Medal of Freedom in 2013. 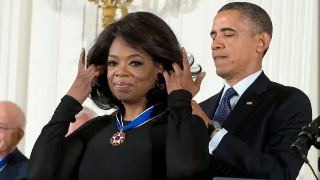 Oprah Winfrey’s fiercely busy, and utterly never-ending, journey of success and love never involved kids, and that’s perfectly okay. Being a woman does not require taking on motherhood, and Oprah is proof there are other methods to fruitfulness.

Because she works so hard — even after ending The Oprah Winfrey Show — Oprah accrued a net worth of over $3 billion in her life. For all her charity, she’s spent quite a bit of it on herself, too.