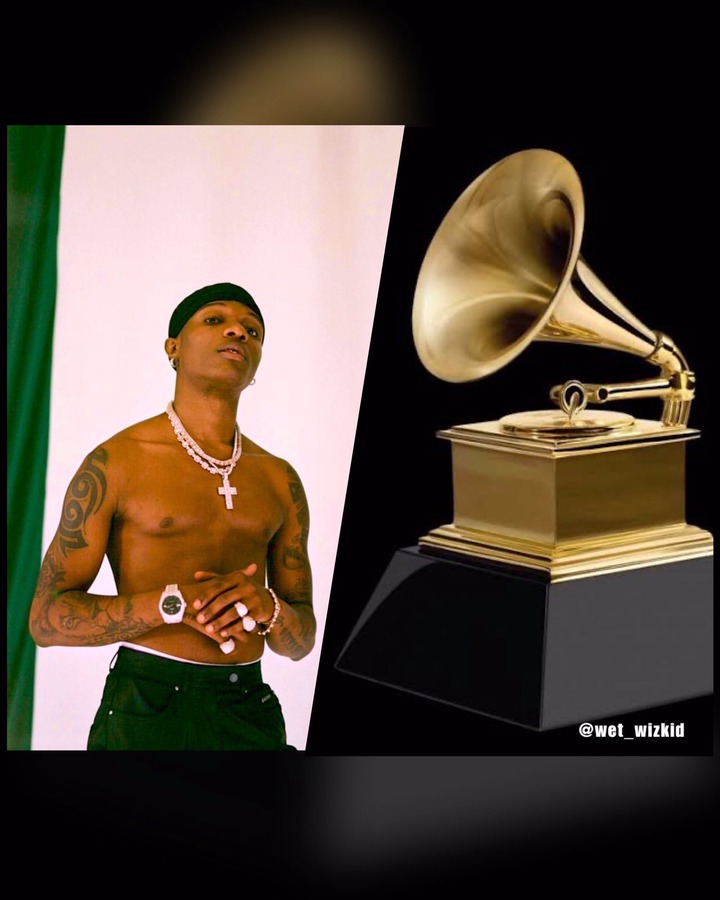 Last month when the list of the Grammy Award nominations came out a lot of people were doubting the originality of Wizkid being nominated, as his name and some other artists in the song “Brown Skin Girl” were not on the nomination list. Many of his fans were somehow disappointed with Beyonce for not including his name in the nomination list, while some felt the nomination is just for song owner and the video producer because the video of the song was nominated under the Best Video category.

Many fans have already moved on with the opinion that Wizkid won’t be getting any nominations this year, but it was surprising after when Grammy updated their Grammy nominations list and they included Wizkid, Blue Ivy, and the other singer in the nomination list. 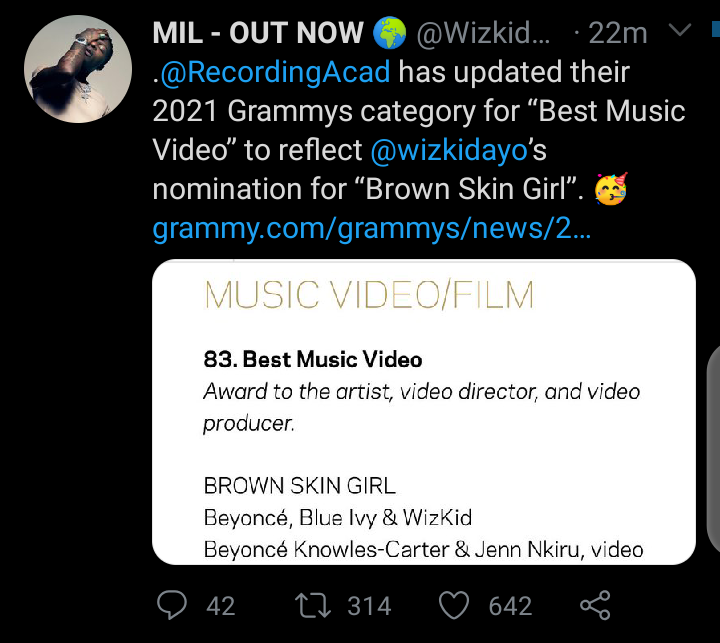 This new update has made the fans of Wizkid happier and has given those more bragging rights on the fact that their favorite just secure his 2nd Grammy nominations. 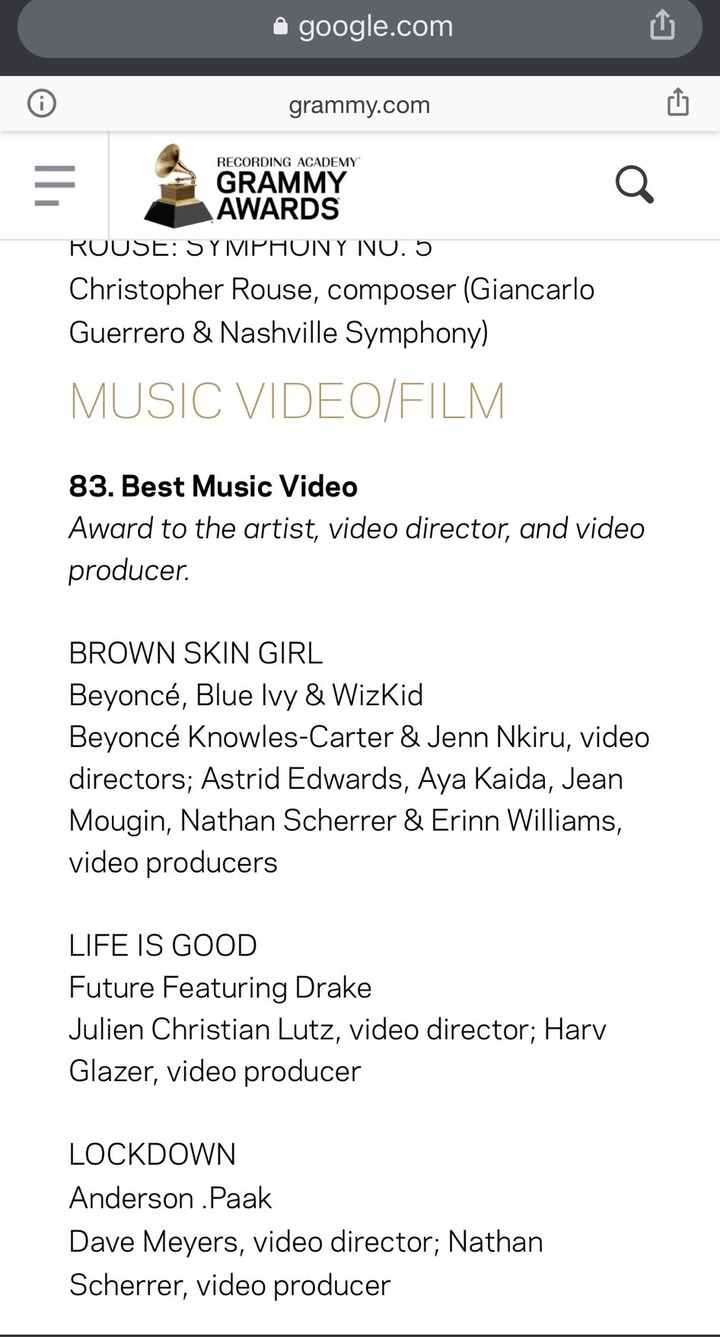 His first nomination was in 2016 when he was nominated in an Album by Drake that has the biggest song “One Dance” in the year 2016 on it, and right his getting another nomination from another work with a foreign artist also.