Before a concert, adrenaline tends to run in performers’ bodies. They get psyched up and ready, both mentally and physically, before thrilling crowds of thousands. Naturally, every musician handles prep differently, and these 20 backstage photos of rock and pop stars from the 1970s provide a glimpse of what life is like before and after a show. We have photos of the biggest musicians of the day, from John Lennon to Mick Jagger to Cher. Amazingly, a good number of these artists are still performing today, more than four decades later! Others, sadly, have passed on.

Which of these backstage photos do you think is the coolest? 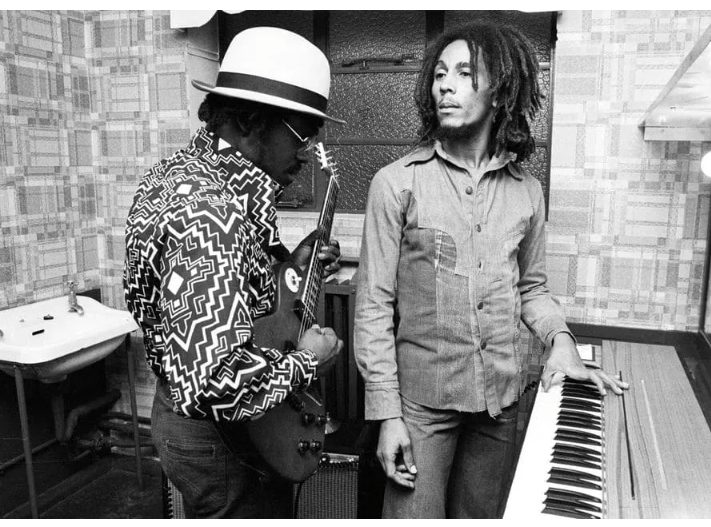 Pictured above is iconic Jamaican singer Bob Marley (right) and Aston “Family Man” Barrett, who played bass for Bob Marley and the Wailers from 1970-81. This backstage photo was taken on July 18, 1975 at the Odeon in Birmingham, England. Today, the Odeon is a movie theater and has been renamed ODEON Birmingham New Street. Marley died of melanoma on May 11, 1981. He was just 36 years old. Barrett, now in his 70s, is still an active musician. 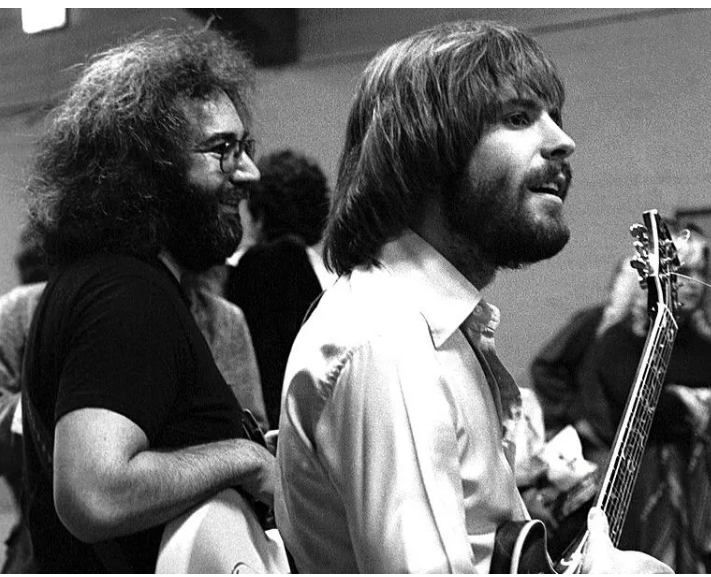 Pictured above is singer/guitarist Jerry Garcia and singer/guitarist Bob Weir of the Grateful Dead. This backstage photo was taken on New Year’s Eve 1976, when the Dead played the Cow Palace in San Francisco. Garcia, the band’s frontman, died of a heart attack on August 9, 1995, just eight days after he turned 53. Weir, now in his 70s, played in numerous bands after Garcia’s death. 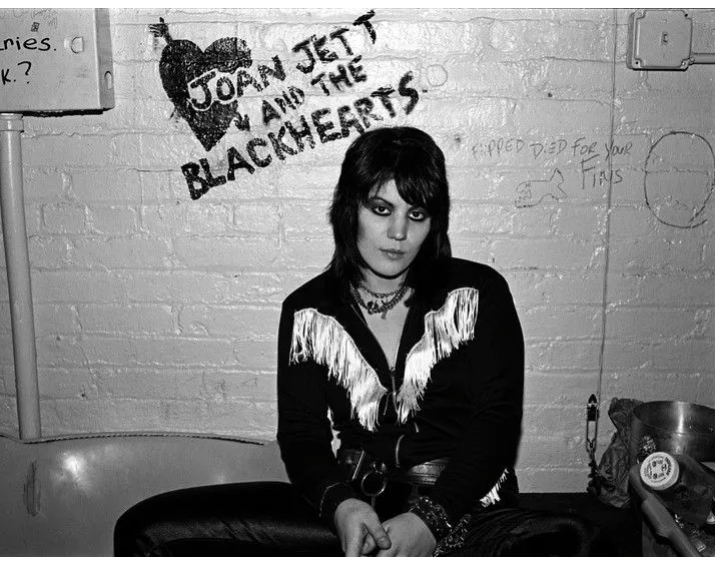 Pictured above is singer Joan Jett in a backstage photo taken in 1977, when Jett’s band, The Runaways, played the Whisky a Go Go nightclub in Los Angeles. The Runaways only lasted from 1975-79, but Jett found continued success with Joan Jett & the Blackhearts, who are still active to this day. Jett, now in her 60s, continues to tour frequently. 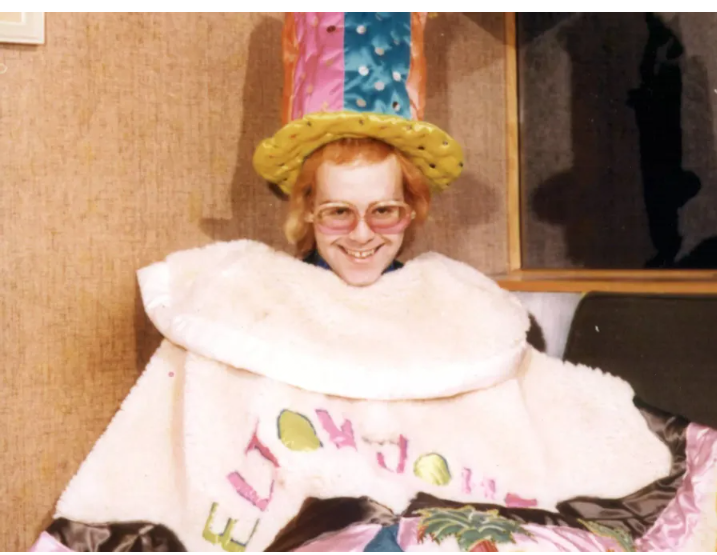 Pictured above is the one and only Elton John, wearing a colorful oversized hat and a gown with his name on it. This backstage photo was taken in 1973, and was taken for the BBC program Top of the Pops, a weekly British music show that aired from 1964 until 2006. Now in his 70s, John has announced that he will be touring for the final time. 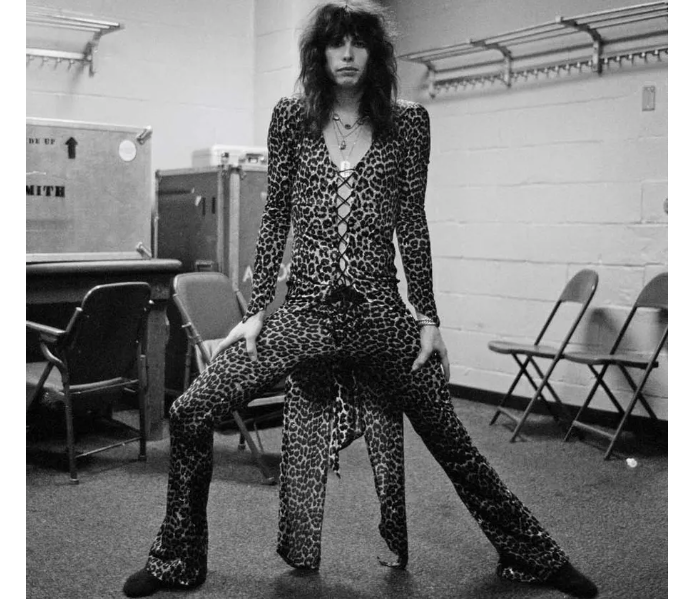 Pictured above is Steven Tyler, the lead singer of rock band Aerosmith, before a show at Madison Square Garden in New York City on May 10, 1976. One of the most charismatic and electric frontmen in music history, Tyler, now in his 70s and Aerosmith are still going strong. 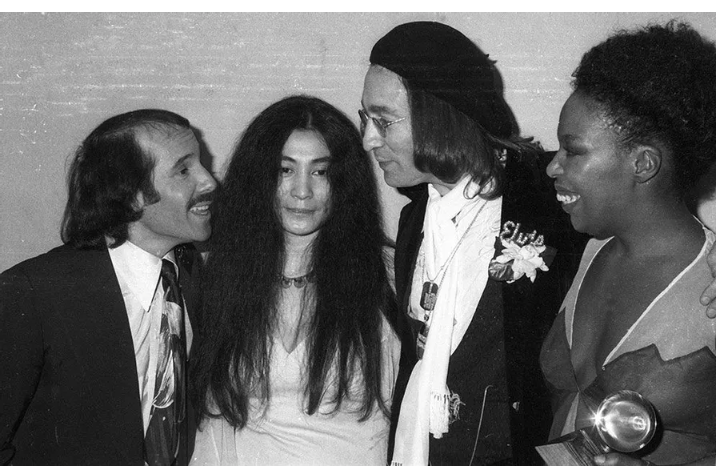 Look at this superstar crew! Pictured above, from left to right, is singer Paul Simon, songwriter and activist Yoko Ono, Beatles legend John Lennon, and singer Roberta Flack. This backstage photo was taken on March 1, 1975 on the night of the 17th Annual Grammy Awards, held at the Uris Theatre (now Gershwin Theatre) in Manhattan. Simon, in his 70s, is still active, as are Ono and Flack, who are in their 80s. Lennon, was tragically shot and killed in the archway of his Manhattan apartment building on December 8, 1980.