By fregrance (self media writer) | 4 months ago

British heavyweight boxer Anthony Joshua recounted in an interview with William Hill, his experience when he first met American rapper JAY-Z at a movie premiere.

Joshua said he once thought Jay-Z was going to burst his head after he asked him for a photo. The British boxer said he held Jay-Z's wrist to get his attention, which prompted the rapper to tell him to let go. 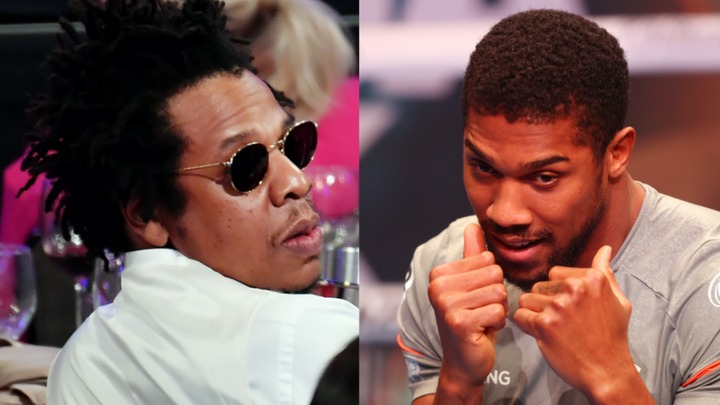 The Daily Mail reveal that the heavyweight champion told the gambling company about a premier where he met Grammy award-winning rapper Jay-Z, for the first time. He reveal this in the quote.

"Jay-Z was cool, I was at a Will Smith premier once some years ago, it was one of those big staircase and I was in the top left and I saw Jay-Z walk in and in my head, I was oh that is Jay-Z, I was ready to jump down the balcony but I thought to play it cool. 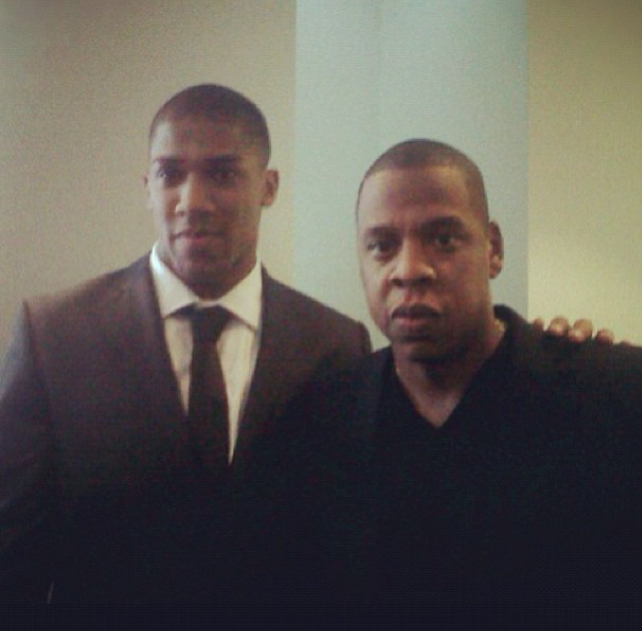 So I thought what way would he come up this stairs because if I stand on the left and he goes on the right, there are too many people, it's a premiere. Thank God I stood at the right side, as he came up, I grab his wrist and I told him Jay do you mind if I get a picture and he kind of looked at my hand, like yeah boy I will burst your head if you don't get off my hand.

However, Joshua added that it was just one of those things where I just gave the guy the camera and in that picture, Jay-Z had just got a plain face and there's me with a big smile.

The heavyweight champion appeared in a series of video for William Hill as he prepare for his next fight against Ukrainian boxer Oleksandr Usyk on the 25th of September 2021.