By Mini_Militia (self media writer) | 8 days ago

Over the years, we have come to witness many iconic movies being released in theaters. However, most of these movies have fictional characters and we become obsessed with them. But while most of us enjoy their performances, we sometimes fail to know who exactly portrayed them.

So, in today’s article we would be looking at the real faces behind the iconic movie characters: 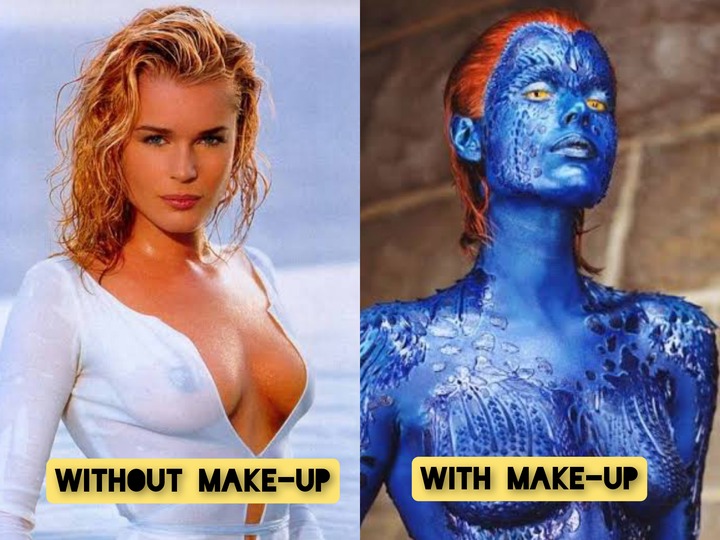 Mystique was one of the most recognized characters in the X-Men film, due to her shape-shifting ability. However, in real life, Rebecca had to endure the 9-hour makeup schedule which made her body be covered in 60% makeup — crazy, right?

John Rhys-Davies as Gimli (The Lord Of The Rings films) Undoubtedly, The Lord of the Rings franchise was an instant hit when it was released. However, Gimli (portrayed by John Rhys-Davies) did a good job in the franchise, however, he also had to endure the processes which involves transforming him into Gimli. Undoubtedly, Charlize is among one of the most successful actresses in Hollywood. She portrayed Imperator Furiosa in the movie, Mad Max: Fury Road, and she made the role iconic. However, many people wouldn’t recognize her at first glance because of the makeup plus her shaved head.

Karen Gillan as Nebula (Guardians of the Galaxy) 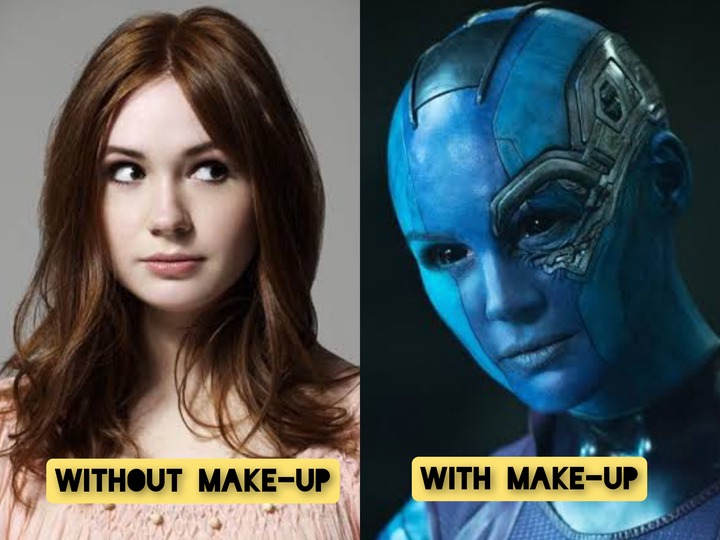 Just like Charlize Theron, Karen Gillan also had to go bald to portray Nebula in The Guardians of the Galaxy franchise. However, she wouldn’t look recognizable because of the blue makeup and also the puzzle-like design on the side of her face.

Naomi Harris as Tia Dalma (Pirates of the Caribbean films) Naomi Harris portrayed Tia Dalma in the popular Pirates of the Caribbean franchise and you would agree that her character was indeed iconic. In the movie, she wouldn’t look recognizable because of the dreads, and also the pirate-looking gown that she wore. Aside from her iconic character and makeup in the Star Trek franchise, Sofia has also starred in notable movies like The Mummy (which also transformed her looks), Atomic Blonde, etc. 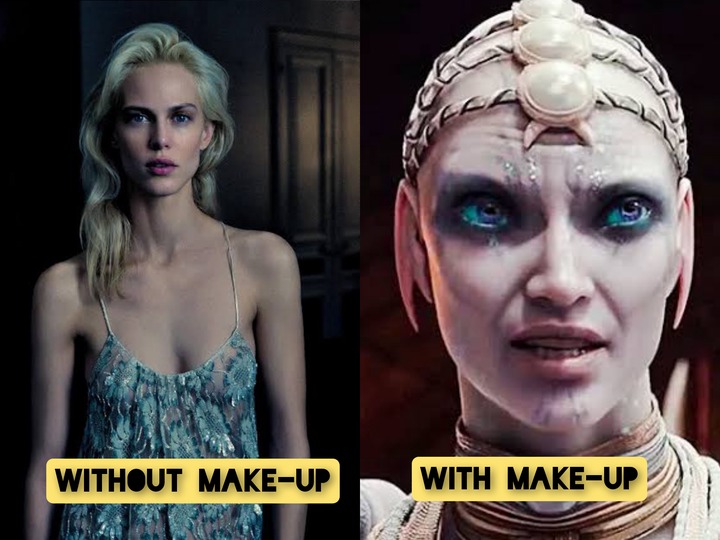 Aymeline is another actress who portrayed an iconic role that was loved by all. She portrayed Emperor Haban and no one would recognize her from her move clips and her real pictures.